We’re having a hoot an’ a holler with all the fun cartoony things going on this week!  Our bodacious buddy Barney Google returns, I’m doing a radio interview and  the opening of King of the Comics: William Randolph Hearst and 100 Years of King Features is happening!  Whew!  So, Like I said, lots of fun cartoony things are going on!

First of all, I am doing another “Barney revisits Hootin’ Holler” series. Starting on Dec. 7th and lasting until Dec. 13th, the week-long series features Barney, along with his horse Spark Plug, getting a job giving horse-drawn carriage rides.  The Sunday page shown above, kicks off the week! 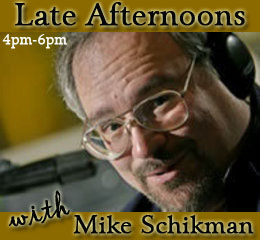 I will be a guest on WSVA Radio AM 550 on the “Late Afternoons With Mike Schikman” show on Wednesday, December 10th at 4:47 pm.  I  will talk about my work as cartoonist for the “Barney Google and Snuffy Smith” strip and my book collection, The Bodacious Best Of Snuffy Smith.  The radio station’s website is www.wsvaonline.com and you can go there and click the “Listen Live” button to hear the show.  Mike hosts a really fun, entertaining show and I am a big fan!  Plus, Mike is the “voice” of James Madison University sports, of which I am a big fan, as well.  I am honored he asked to interview me. 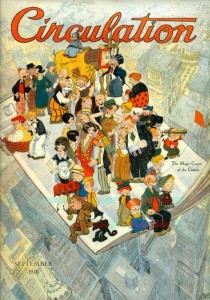 This weekend, my wife Karen and I are excited to attend the opening of King of the Comics: William Randolph Hearst and 100 Years of King Features, an upcoming exhibit at the Billy Ireland Cartoon Library and Museum guest curated by Brian Walker (“Hi & Lois”). This exhibit examines the role that William Randolph Hearst played in the birth of newspaper comics and traces the 100-year history of King Features, the company he founded to develop and distribute comics, columns, editorial cartoons, puzzles and games around the world. Brian Walker, author of The Comics: The Complete Collection and co-curator of the exhibit Masters of American Comics, is serving as guest curator for this historic exhibition.

SATURDAY, DECEMBER 13
FREE and OPEN TO THE PUBLIC
1-7pm (schedule below) On Saturday, December 13th the public is invited to celebrate the opening of King of the Comics: William Randolph Hearst and 100 Years of King Features at the Billy Ireland Cartoon Library & Museum. Events are free.

2:30 pm: “Behind the Scenes with King Features’ Mutts and Rhymes with Orange,” featuring Patrick McDonnell, Hilary Price and Brendan Burford

In conjunction with the opening celebration, The Wexner Center for the Arts will show two films adapted from iconic King Features characters. Both will be screened in 35mm in the center’s Film/Video Theater. Visit wexarts.org for tickets and information.

It should be an exciting, fun-filled weekend with lots of cartoonists in attendance!  If you live nearby, please come on Saturday for the opening of King of the Comics: William Randolph Hearst and 100 Years of King Features!  Hopefully, in the next week or two, I’ll have some bodacious photos to post from this big event!