Ask A Cartoonist: Naughty or Nice?

Well, it’s that time of year again! Up at the North Pole, Santa is making his famous lists and checking them twice. I’ve been doing my best to stay on the “nice” list this year– how about you?

This week, we’re checking in with a bunch of our cartoonists to see what lists they–or their characters– might be on.

This lady would be on the naughty list, because it’s not nice to yell at customer support people. 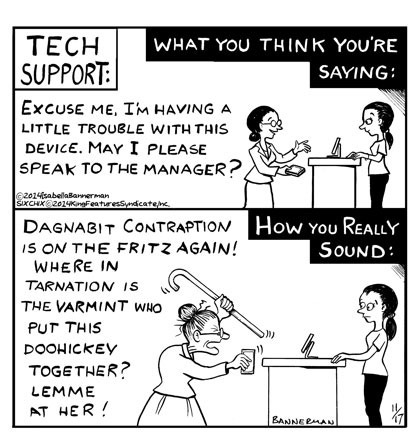 Well, Dennis is making sure he’s got all his bases covered in the Klassic Ketcham panel. 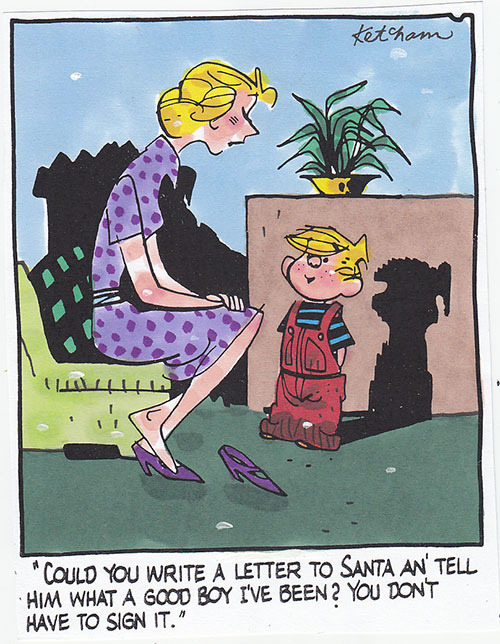 Since Zippy is on Santa’s “Unreal” list, he always gets what he wants for Christmas!
–Bill Griffith, Zippy The Pinhead

Here’s a recent take on the subject reflecting on our current President. 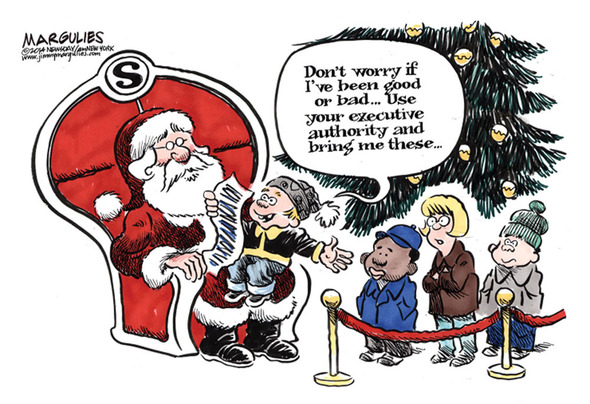 I happen to be on both lists. And to further complicate matters, the persona on each list secretly wishes she were on the other one.

Gordo is the naughty one of the penguins, but he usually gets away with it, even with Santa! The penguins help Santa to deliver what naughty children deserve in this cartoon.

I hope all of my characters will be on the “naughty list.” being on the “Nice well behaved” list isn’t very funny.

In 2012, Dethany actually had to locate Santa’s missing Naughty/Nice list which was lost in cyberspace.

Most of the characters in “Shoe” would have their names on both lists throughout the year . . . The exception, however, is Sen. Batson D. Belfry . . . definitely on the “naughty” list 24/7! . . . He lies, cheats and steals as often as he takes a breath. And although he is a member of Congress, he pretty much represents ALL of our elected officials in Washington.