Is Living on an Iceberg For a Year Going to Save the Planet?

I wrote these two strips after reading about a man who would be living on an iceberg for a year to raise awareness of climate change. I’m not sure that is going to help. Celebrities have been going to the Arctic and that has made little difference (except a few more emissions in the process). The science is in. Governments are well aware. The military and insurance companies have changed their procedures in preparation for the changes. The problem isn’t that people aren’t aware, it’s that they don’t want to do anything about it that might change their way of life. And living on an iceberg isn’t going to persuade them otherwise. 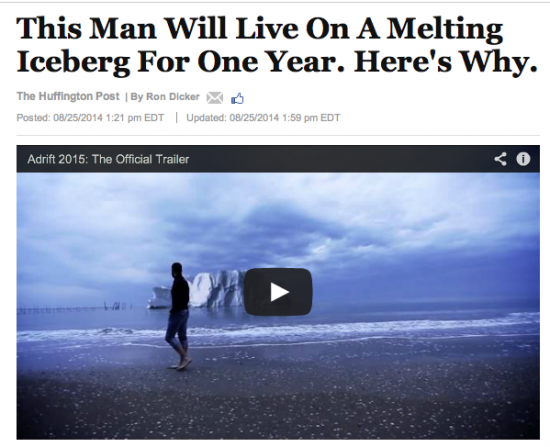