Ask the Archivist: THE LITTLE KING

One of the big strips in King Features’ stable in the heyday of the PUCK section was “The Little King.”

The King was the creation of Otto Soglow, (1900-1975), the beloved cartoonist famous for his sparse, art-deco linework.

Eighty years ago this past month, his famous miniscule monarch made it to our Sunday pages after a many months wait. In late 1933, The King was a feature in The New Yorker magazine, and had been since 1931, where he had become a big hit. We wanted him and his Highness to come over to our pages, but we had to wait out his obligations to The New Yorker, so an interim Soglow series, “The Little Ambassador,” held the page open. See more here.

The big day came in September when The Ambassador departed and The King took his place. 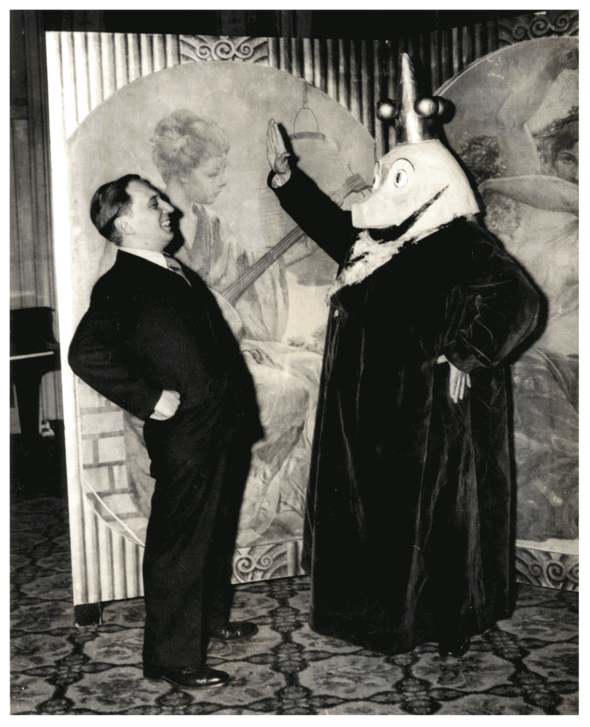 Otto Soglow takes a fascist salute from his creation, “The Little King,” CA. 1939. Original caption: No.3 NO INKWELL FOR H.R.H. – Otto Soglow dropped in at the King Features all-comics party and said something to his highness “The Little King” about getting back in the old inkwell, but his Highness had other ideas. Soglow is amused as the Little King, delivers an ultimatum.

The last episode of THE LITTLE AMBASSADOR,  2 September 1934. The Queen preceded The King by a week, so did his headgear. 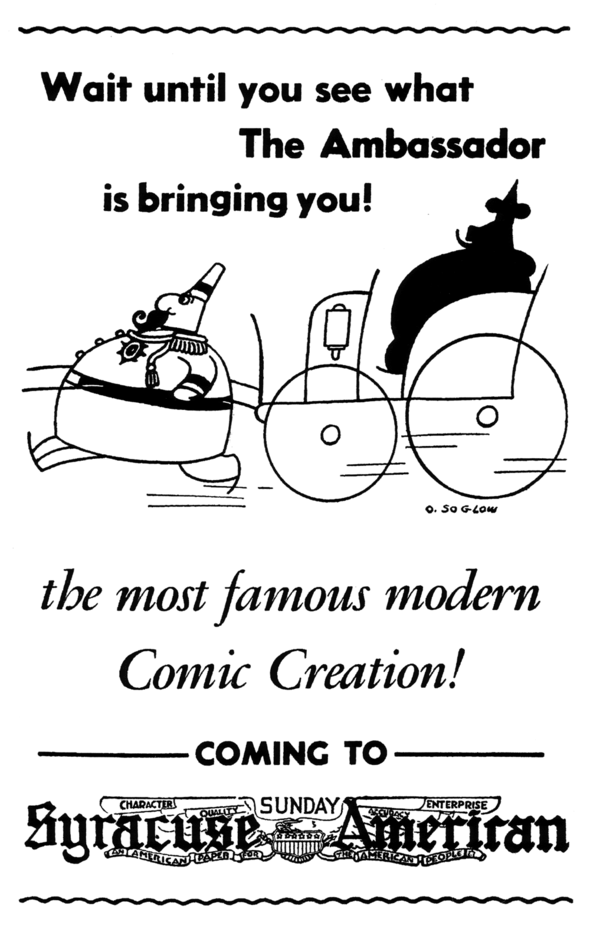 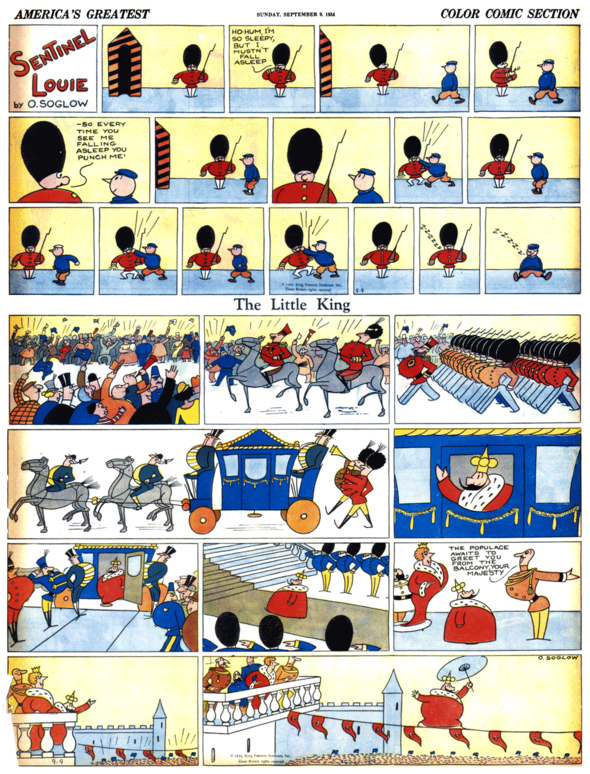 The big day arrived, and The King gives the adoring crowds something to cheer about.
(9 September 1934).

Just for comparison, I include the last episode too. (20 July 1975) The King, and comics, went through quite a change.

Thanks to Cole Johnson for the help.

Moving on to readers’ comments from last week’s post:

Firam?  I never heard of anyone named Firam. Guess I don’t get around much. It’s still a better handle than “Cazuza.”

The 1950’s-60’s Gordon & Gotch (Frew) editions are similar to the U.S. books, except they are printed on rough pulp paper (even the cover) but the inside pages and back cover are all black and white. The back cover usually has an ad for a stamp collecting company, a masks and trick store emporium, or old favorite — the muscle building course featuring the preposterously over- developed who once was a seven stone (or ninety pound) weakling .

Keith Chatto (1924-92) was eventually one of the most famous Australian comic book artists. For many years, he did the great Phantom covers that made the Frew comics so distinctive, and was the first Aussie to write a Phantom story.

In the 1960’s, he was still doing unimaginative re-drawing work for recycled American comic books. Why this was a needed task, and why they couldn’t just use the American work I don’t know? Here’s another look at this Krazy Kat entry.

You’re welcome! Anytime you have a question, I’ll try to answer it in my own fitful way.