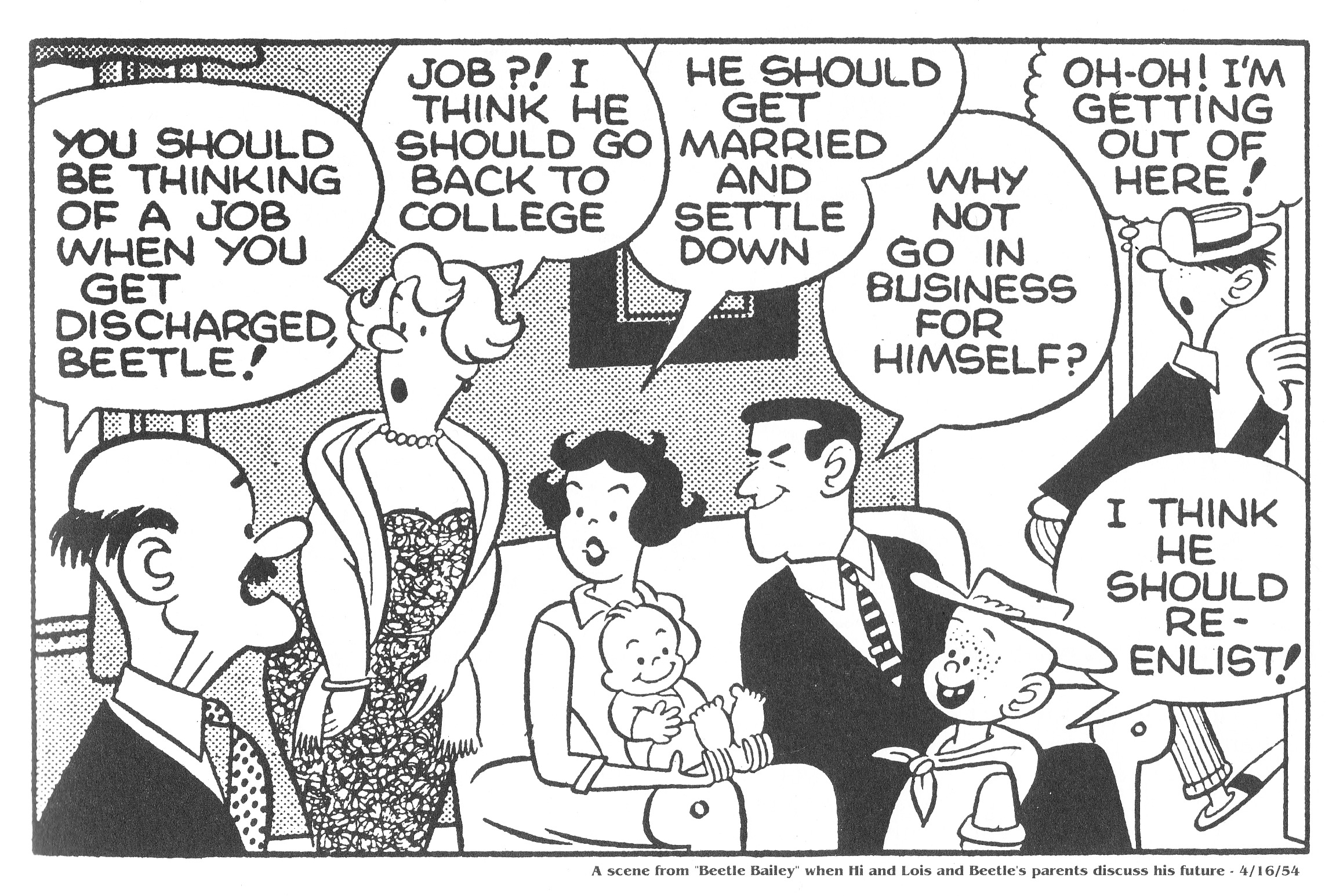 Hi and Lois debuted on October 18, 1954 and is celebrating its 60th anniversary this week.  To commemorate the occasion, we did a special series, “Then and Now,” showing how things have changed during the long run of the strip.  On Sunday we will be showcasing a special anniversary tribute page.

Although fans of Hi and Lois are well aware of its historic connection to Beetle Bailey, the general public is probably not.

In 1954, as the Korean War was winding down, Mort Walker became concerned that readers would no longer relate to the military theme of his three-and-a-half year old comic strip.  So he sent Beetle home on furlough to visit his family.  Here is a scene from that two-week sequence in which Beetle’s future is debated.  The couple on the couch with the baby is his sister Lois and her husband Hi.

Mort received hundreds of letters demanding that Beetle stay in the Army, so he gave in to the pressure and had him return to Camp Swampy.  Six months later, he launched a new comic strip, Hi and Lois, with Dik Browne as the artist.

To mark the 40th anniversary of Hi and Lois in 1994, we did a special series in which Beetle goes home again to visit his sister.  Here is the week of daily strips from October 17 to 22, 1994. 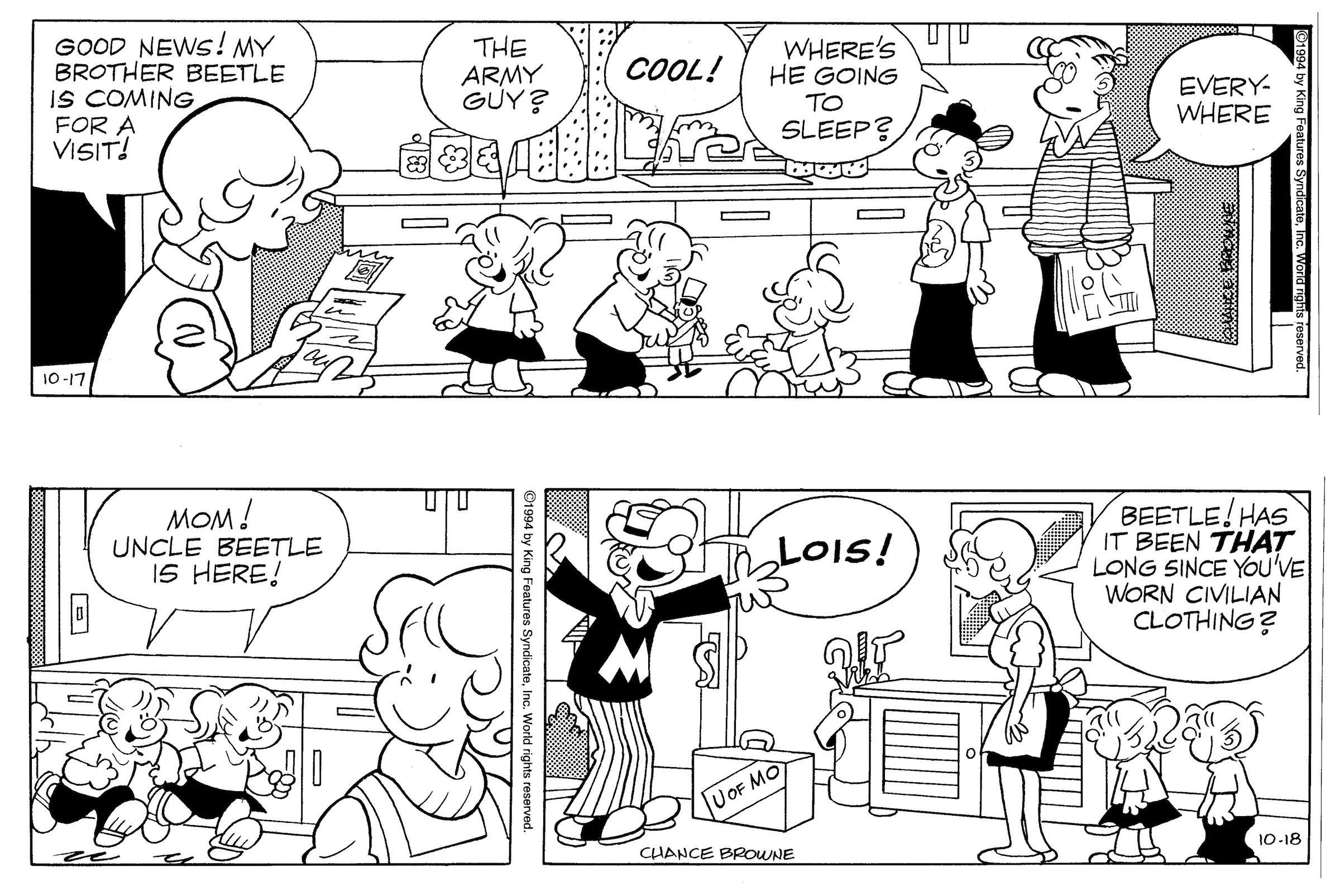 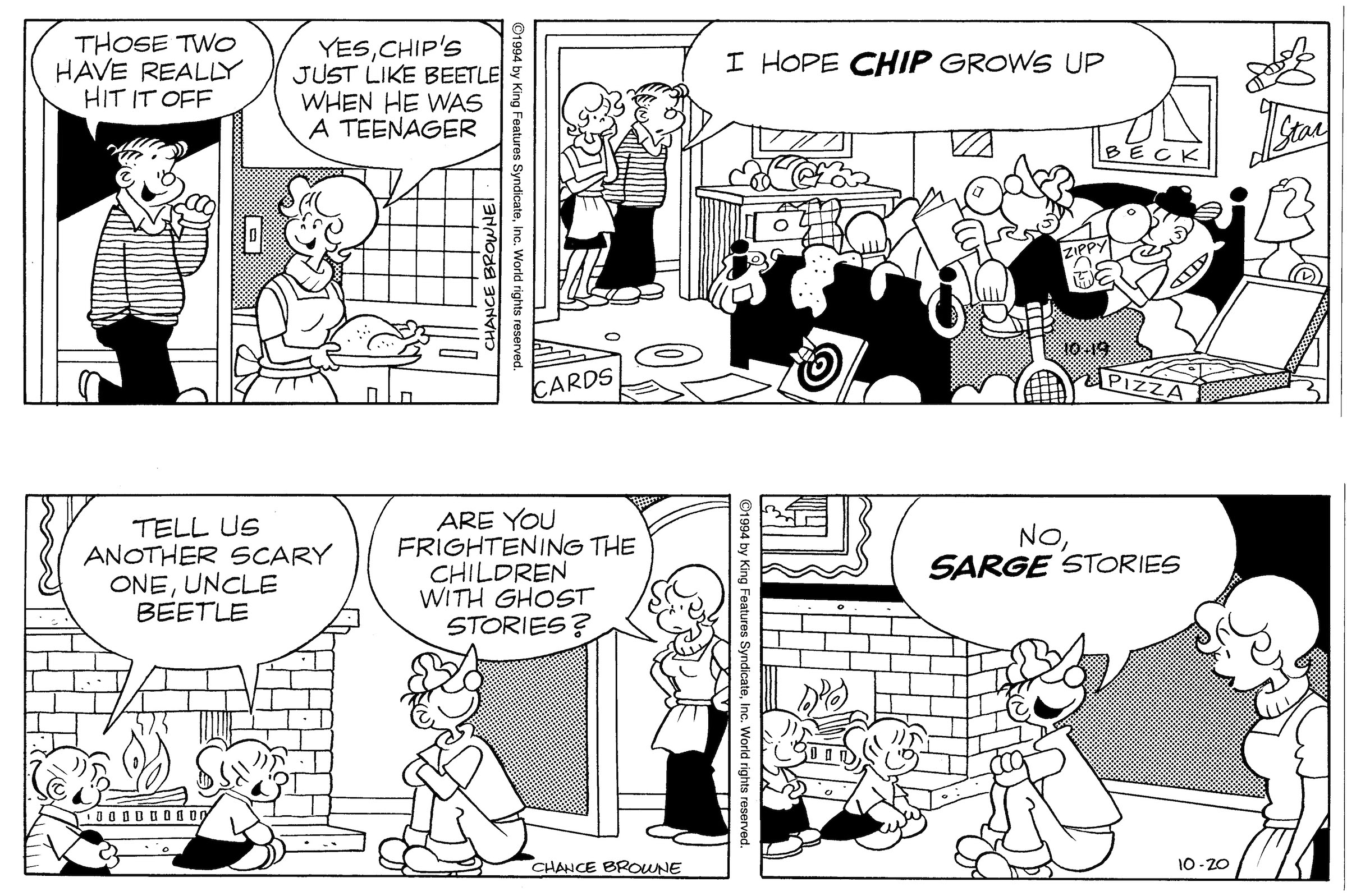 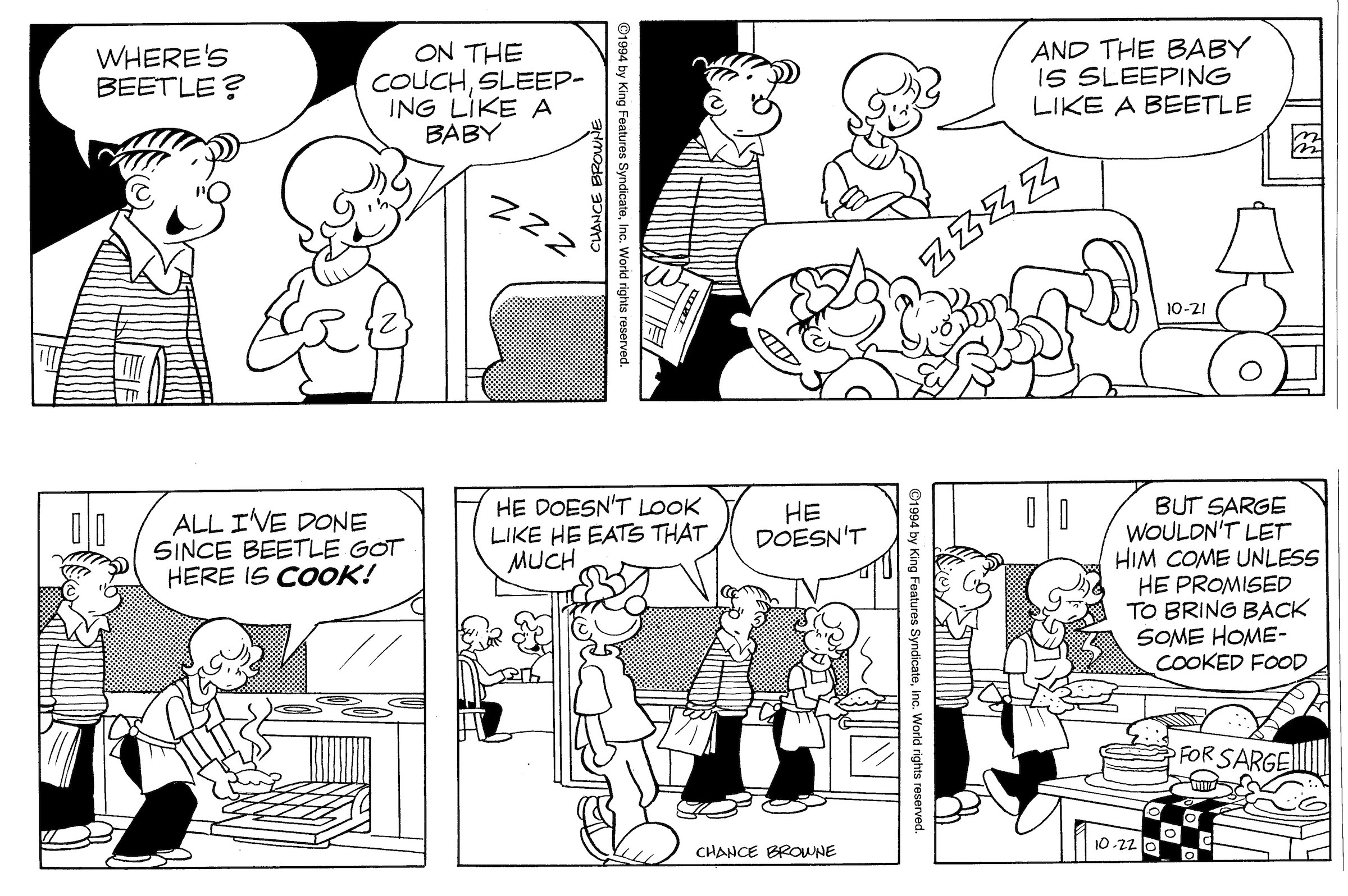 We will be running the conclusion of this story in the next installment, so stay tooned.