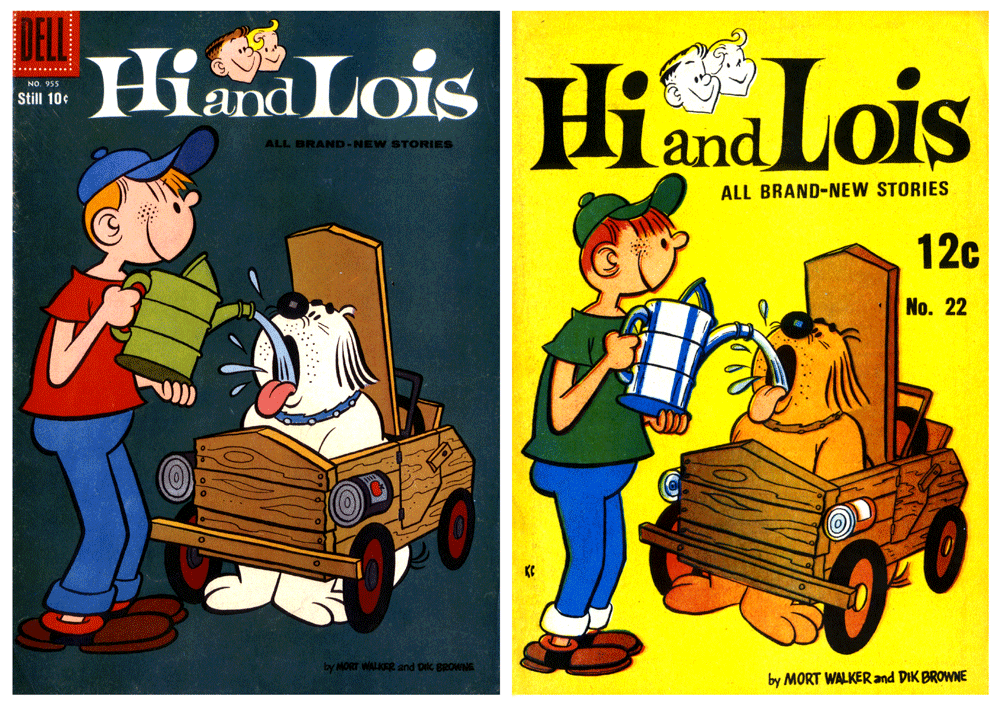 Extending our salute to “Hi & Lois” this month, I offer some of the strip’s comic books from my collection.

The Flagstons were not big hits outside of newspaper pages, and only a handful of comic books were printed in the U.S. during the 1950s. “Hi & Lois” was relegated to a backup feature to other King Features’ titles, such as the “Beetle Bailey” series.  However, in other countries, “Hi & Lois” was given further printings, off and on through the years. 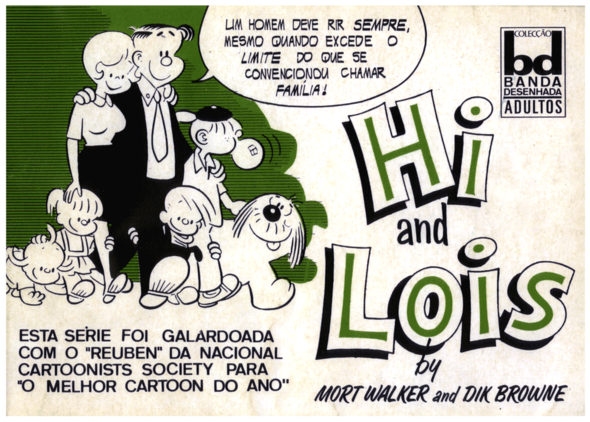 A Portgual Press (Lisbon) Edition of 1971 points out the fact that Mort Walker and Dik Browne won The National Cartoonists’ Society “Rueben” Award. 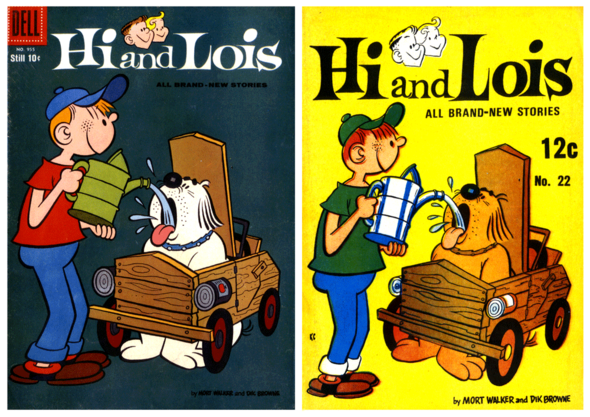 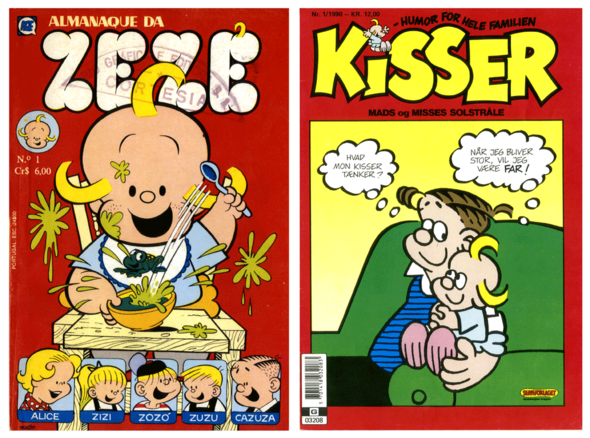 In some countries, Trixie is the lead character. In Brazil, they rechristened her “ZeZe.” The rest of the family follows this pattern except Lois, who is now “Alice.” Guess they couldn’t think up another name compounding two “Z’s.” 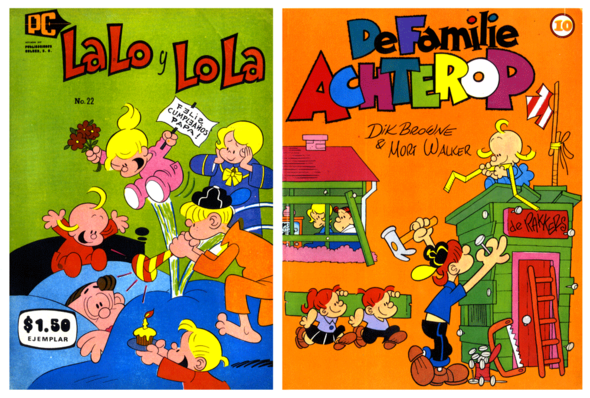 The following are my replies to recent comments:

MR. WHOOPEE:
“Mother Goose And Grimm” had good coverage from the start, in big cities like Philly and smaller towns too. The illustrations I used, for instance, were cut from The Medicine Hat News.

CameronPB1988:
Glad you like Mother Goose! It will be considered a classic someday. I will get around to posting some “Curtis” strips, but as we don’t own Spidey, we only distribute the strip, I don’t know if I can. I’ll find out.

DJ,  Hiram,  Beetle:
Dik Browne was one of the greats, his simple cartoon lines belied a master illustrator’s ability to evoke a sense of being there. “Hi and Lois” was always one of my favorites too. One of the reasons it has lasted so long is Browne and Walker’s real-life family situations  give readers a relatable gag. Looking back on old strips  I remember living through some of the same type incidents.

Timothy Fisher:
Sure, Hi is short for Hiram. That’s a pretty old fashioned name, even sixty years ago.  I can’t imagine what the Brazilians think of the gem they picked out for him in Portuguese. (See above).