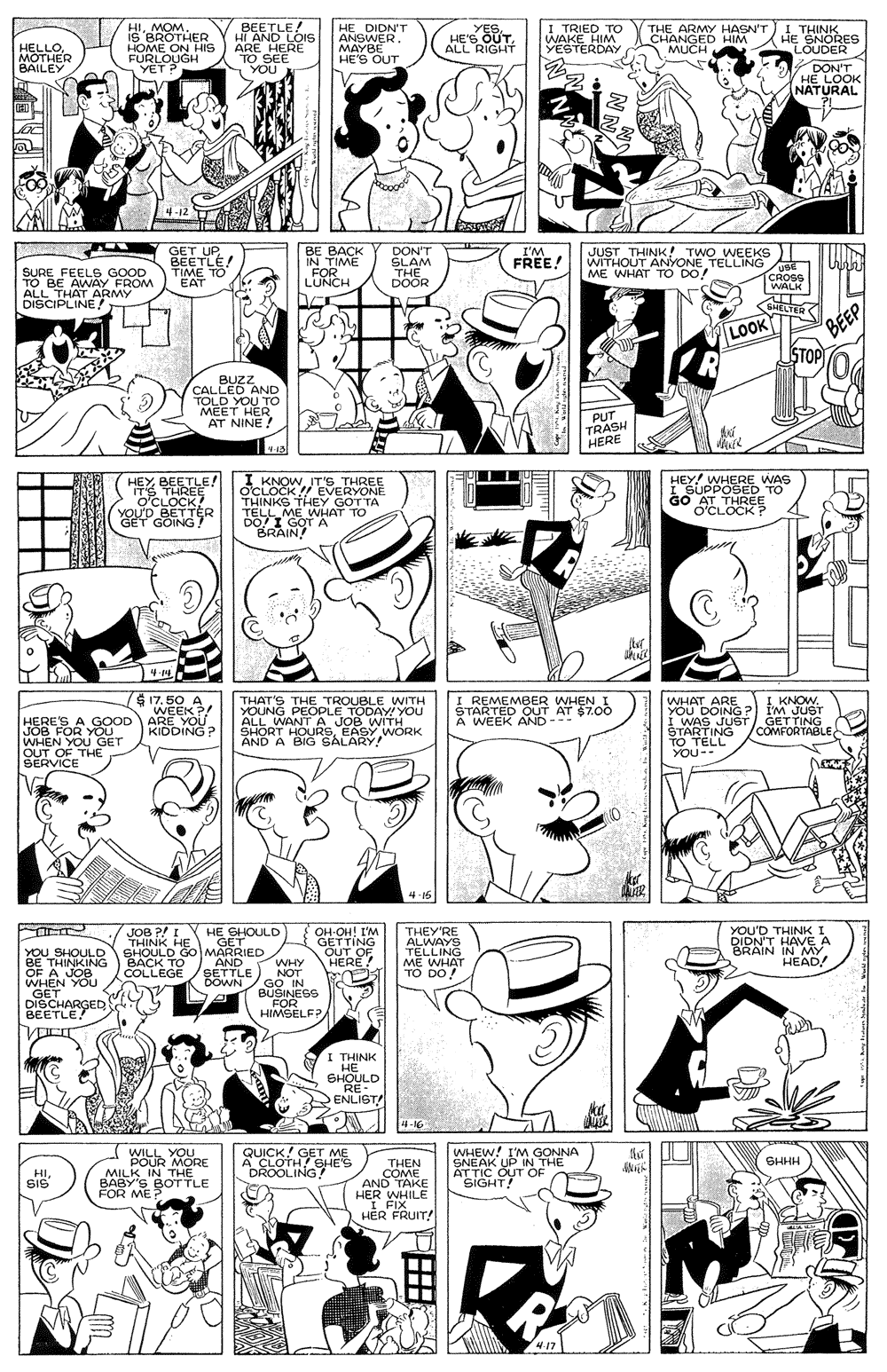 As you may know, the sixtieth anniversary of Hi & Lois is this week, but that’s not the first time they actually appeared in print. That came about six months earlier as guests in Beetle Bailey.  Lois is Beetle’s sister and Hi’s brother-in-law. They had brought their young family for a visit with her parents the same time as Beetle’s furlough that spring.

They didn’t resemble the Hi & Lois we would soon get to know, and their little boy and girl look nothing like Ditto and Dot. Here’s the two weeks of the continuity from April 1954, still mostly concerned with Beetle’s mother and father: 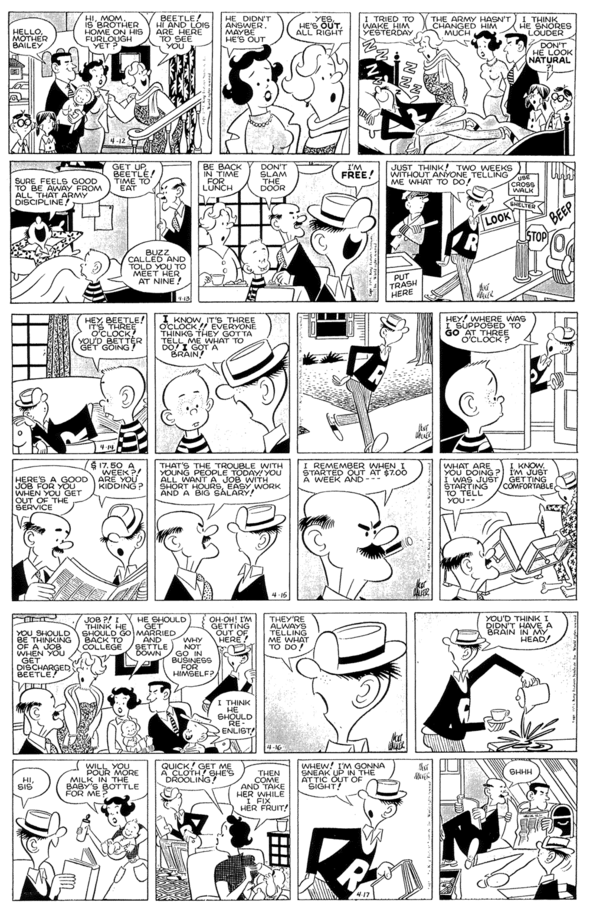 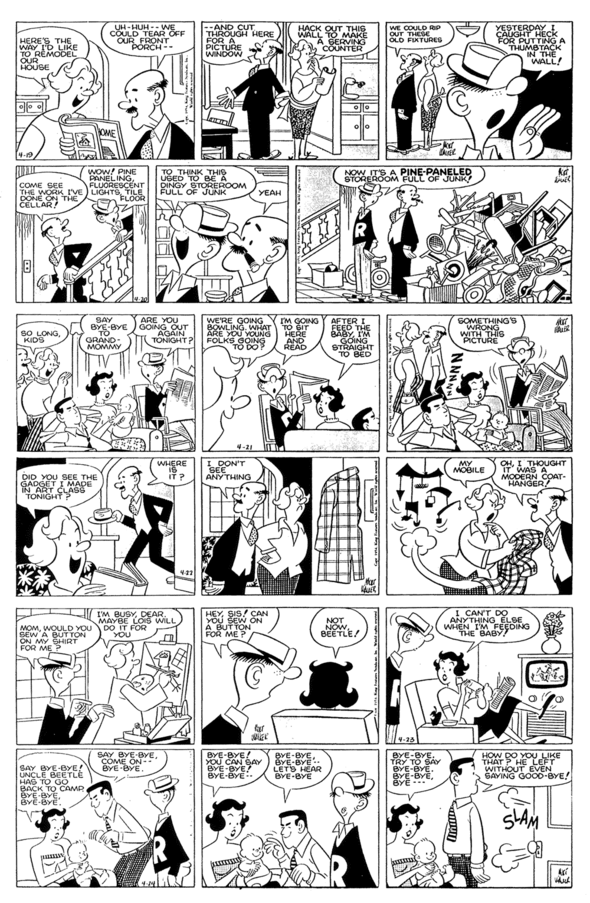 The following October, they got their own series, after redesigning their appearance, most noticeably making Lois a blonde and changing Hi’s stern look. 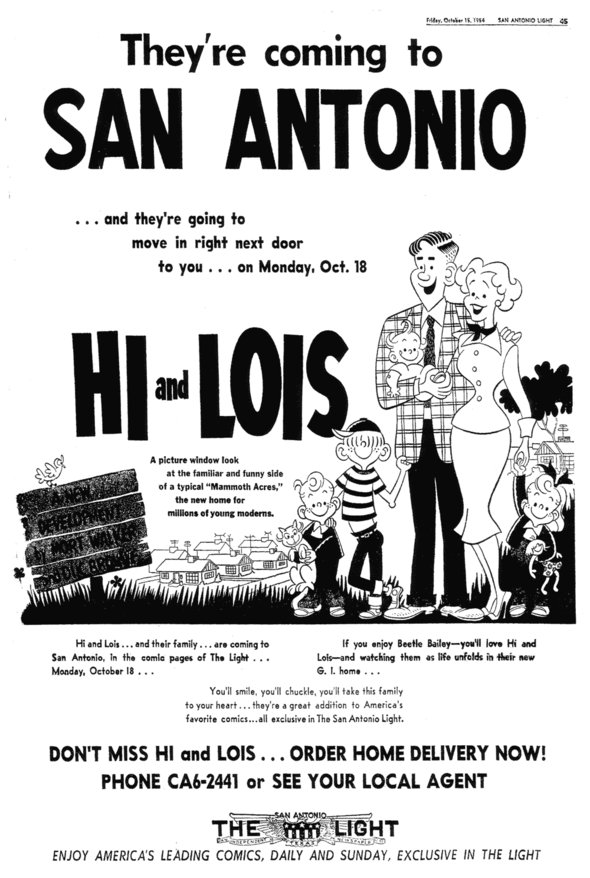 HI AND LOIS GOT A TEXAS-SIZED WELCOME WHEN THEY DEBUTED IN THE SAN ANTONIO LIGHT.

Hi & Lois were the idealized postwar American couple, moving into the ideal modern place to bring up their kids- suburbia. The possibility of owning of one’s own house, with a lawn and garden, front and back was new and just right for all those men getting out of the armed forces. They’d fought World War Two and in Korea and came home to a housing shortage. Mass-produced houses, pioneered by the likes of William Levitt created these ideal homes. They were called tract homes, subdivisions or housing developments.  (That’s what the “Development” in the sign in the promo refers to.)

The first weeks of the strip concentrated the Flagston family’s moving into the freshly built Levittown-like community of “Mammoth Acres”.  Here’s their early struggles dealing with settling in during the first weeks. 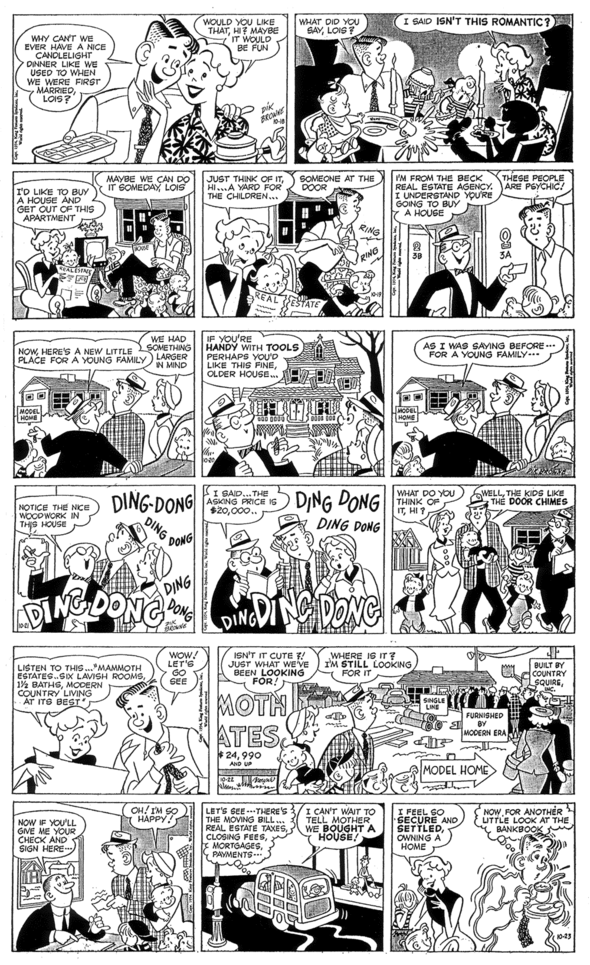 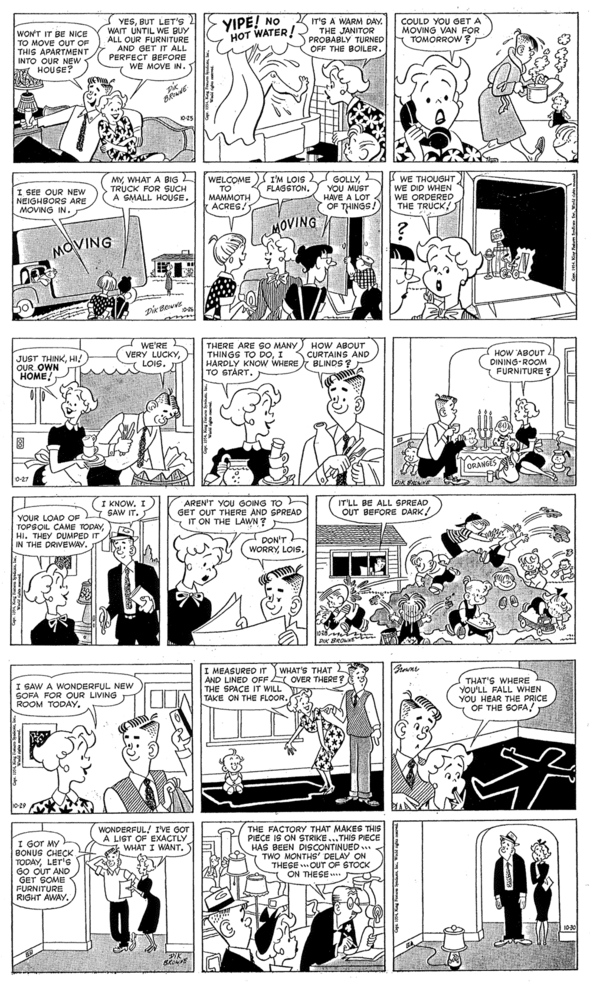 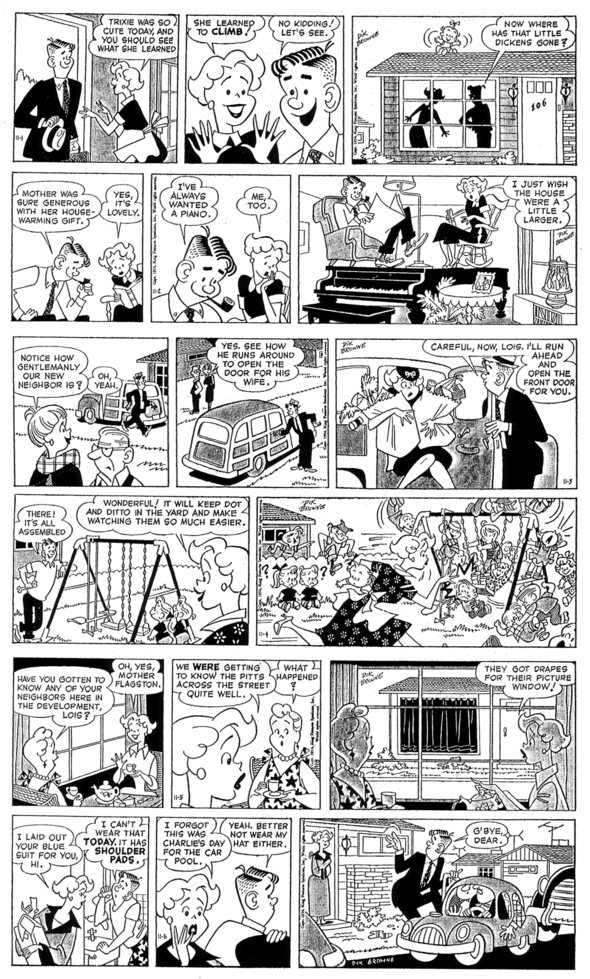 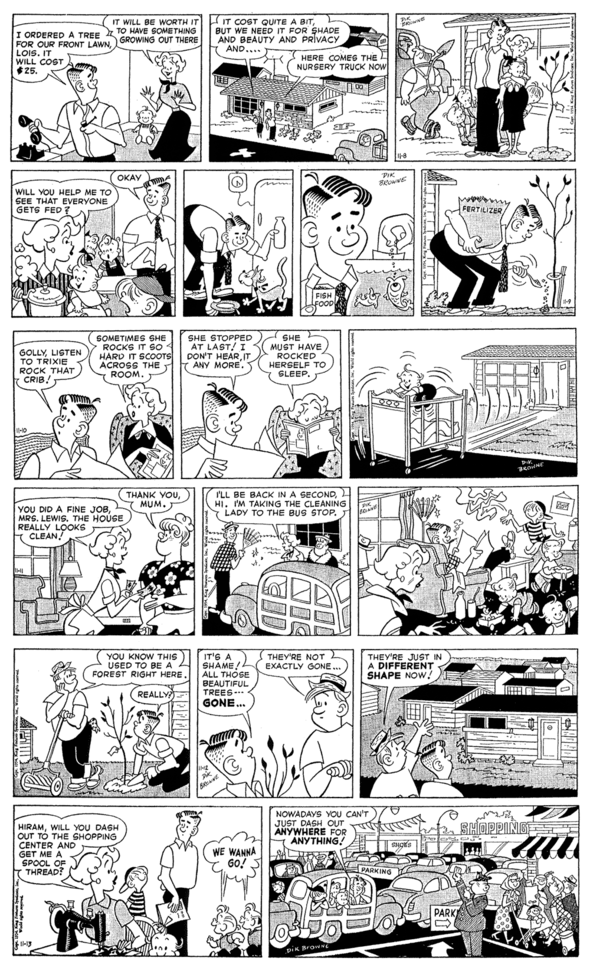 See you here next week for more on Hi & Lois.