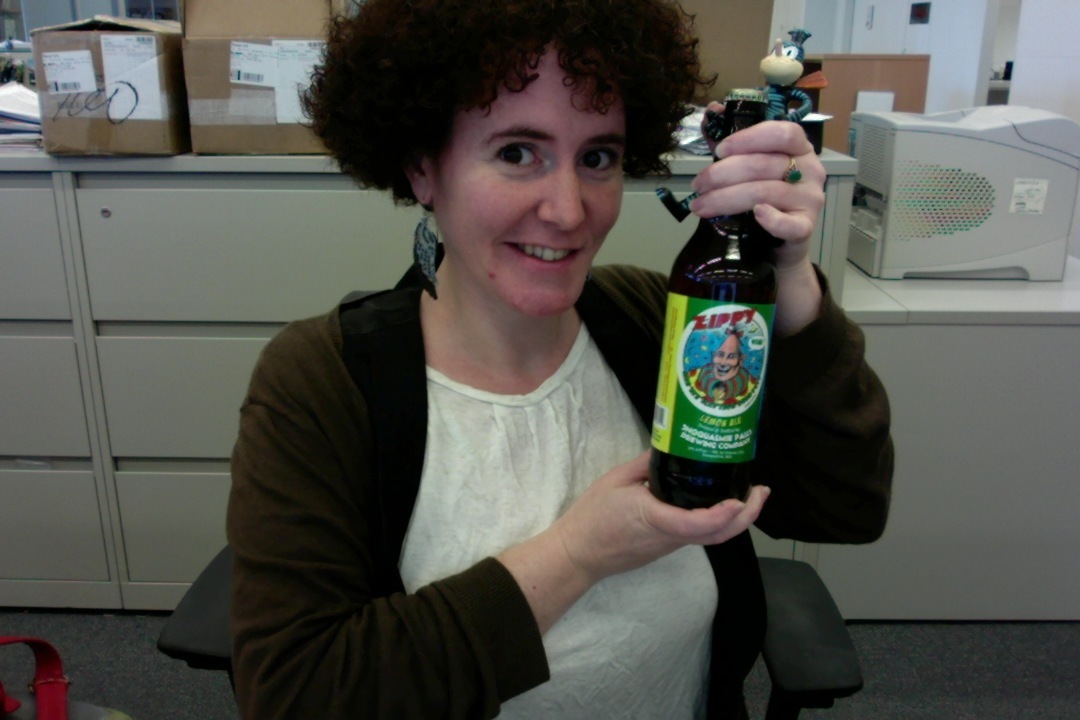 Hey, look what we got in the office this week!  It’s the Zippy the Pinhead beer! Krazy Kat and I got some delicious bottles of Zippy Lemon Ale to drink…and you can get your own from Snoqualmie Brewery and Taproom in Washington State. 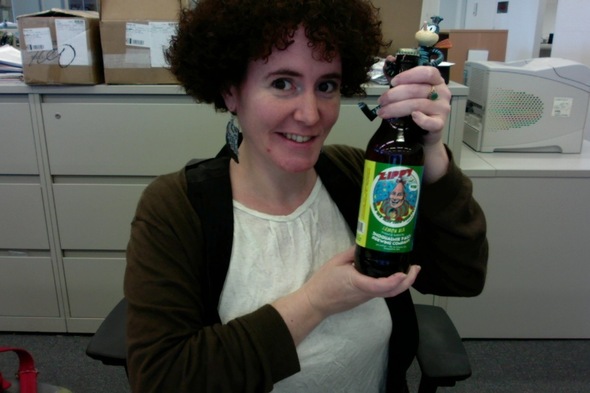 Coming up this week is also New York Comic-Con, the biggest comic event of the week here in New York City.  A bunch of us from King Features will be over there checking out all the latest in comics news, and I’m really excited to go– I’ll report back next Monday! 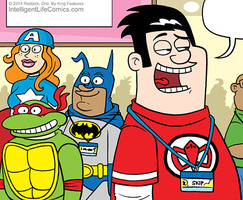 Do be sure to check out Intelligent Life all this week, as the cast will be on a Comic-Con adventure of their own, today through Sunday, 10-11.  Every strip is chock full of lots of nerdy little details– so sit down with a bottle of Zippy Lemon Ale and see if you can name all the characters, TV shows, and comics represented!