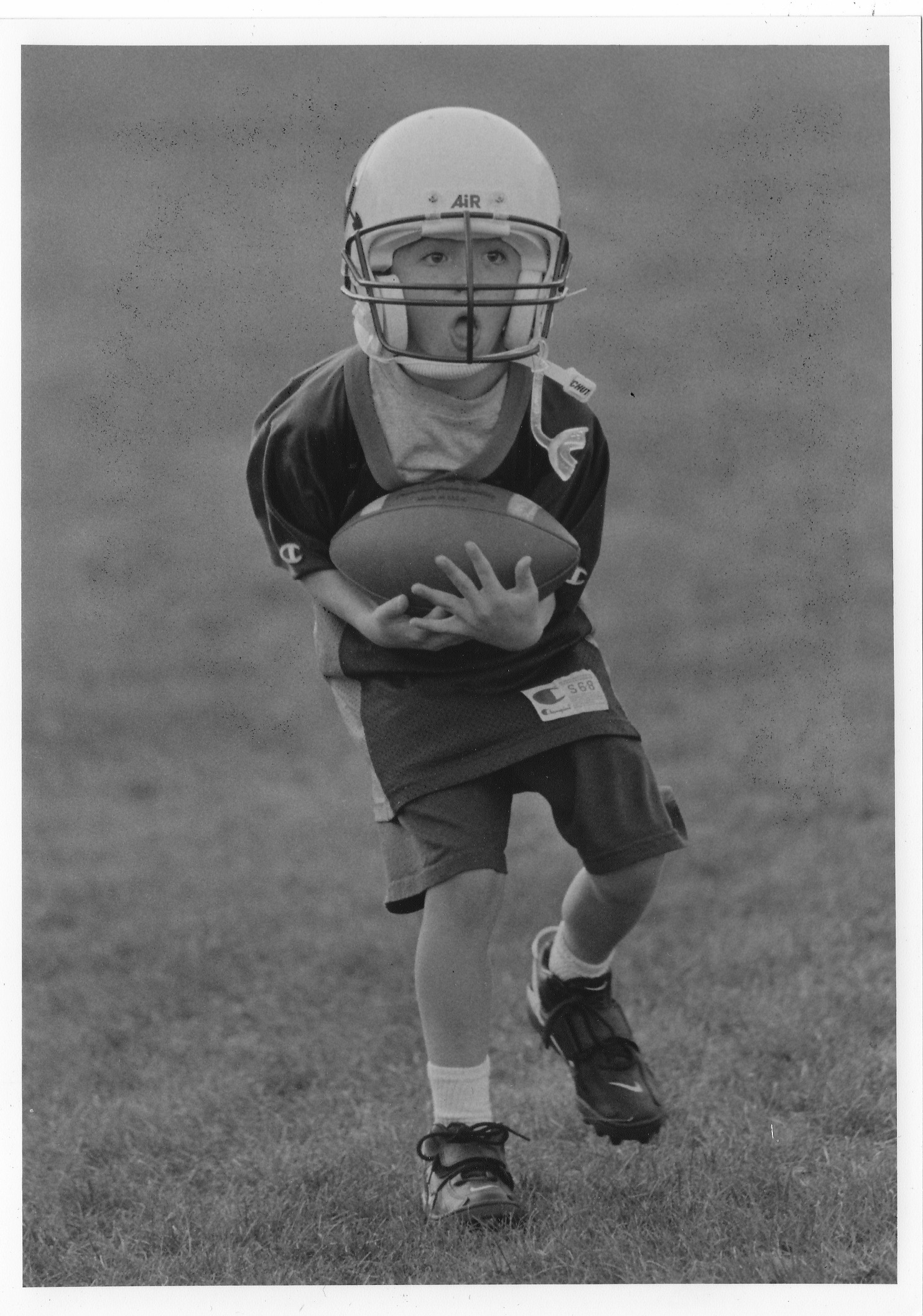 In 1997, my son David played for the Wilton Warriors in a Pop Warner Football League. Bruce Mandia, the father of David’s friend Christo, was the coach.  I remember one game against a powerhouse team from New Milford, Connecticut.  Their running back looked like a mini-version of an NFL pro and they had more cheerleaders than we had players.  Our only score was when one of our defensive players picked up a fumble and ran for a touchdown, followed closely by Coach Mandia with his clipboard.

Here is a photo of David in his practice gear.

The next year, we switched to a youth football league in Fairfield County, Connecticut and played teams from Greenwich, Darien and Westport.  This league was more balanced and we won a few games. The Cos Cob Crushers were the dominant team.  They went undefeated and were not scored on during the entire season.

David barely made the minimum weight requirement to play but he was one of the best receivers on the team.  I spent hours playing catch with him in the back yard until his various patterns – down and out, slant, post, button hook, fly, etc. – were quick and precise. Coach Mandia was impressed and tried to work in some special plays for David. Unfortunately, our blocking was not very good, so the quarterback rarely had time to throw an accurate pass, although David did have some spectacular receptions.  After three years on the team, he decided to hang up his football spikes and devote his time to baseball.

I have many fond memories of cool, crisp Saturday afternoons in the fall watching my son play football.  These inspired me to do the following Hi and Lois Sunday page in 2002.

I hope some of our readers, who have played football or have kids on teams, enjoy this nostalgic episode.  Stay tooned.