As I mentioned on Monday, today is the 30th anniversary of Mother Goose and Grimm, so I thought that in celebration of that important milestone, I’d ask our cartoonists to talk about their favorite fairy tales and nursery rhymes, and how they’ve used them in their comics.

Love all the fairy tales. Tend to use the Frog Princess, Rapunzel, and here Hansel and Gretel. If you check out the Six Chix regularly, you’ll see we all reference fairy tales sometimes. Stephanie Piro probably uses the most princesses. 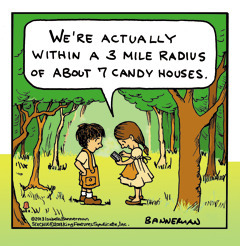 This isn’t a fairy tale, but I thought it might be close enough. It’s my 2010 take on the classic children’s book, “Harold and the Purple Crayon.”’

It was years later, as an adult , that I would find out that “Evil Queen Jerky-Face” was really a social worker. Nonetheless, I credit this time for my incredible work ethic.

Oh, and one of DeFlocked’s more popular Sundays was a tribute to Fairy Tales….

Some might say that ‘Alice Through the Looking Glass’ is not a bona fide fairy tale but as Lewis Carroll himself described it as such, who am I to argue? I used the narrative poem ‘The Walrus and the Carpenter’ in the Pros & Cons graphic novel ‘Supposed a Knave.’ 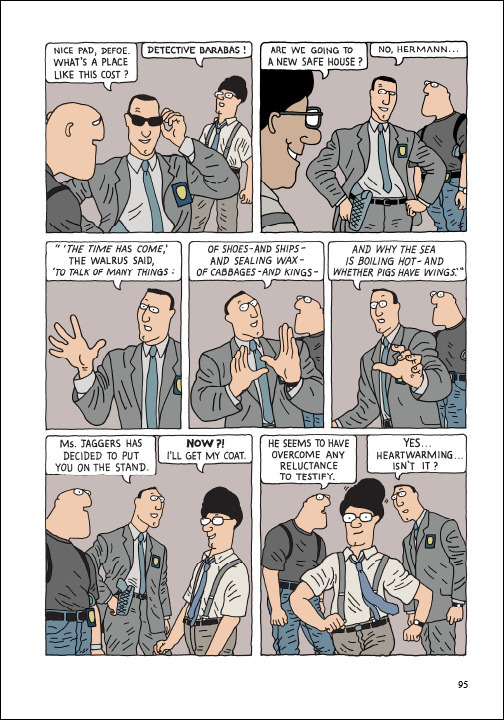 This is a common occurrence in my strips, especially in Fastrack given Dethany’s active imagination. This Alice in Wonderland-themed strip is one of the most recent. 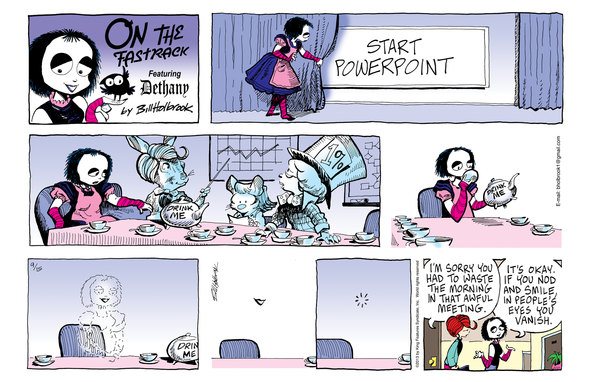 Here’s a case where a BEDTIME story really did it’s JOB! lol! 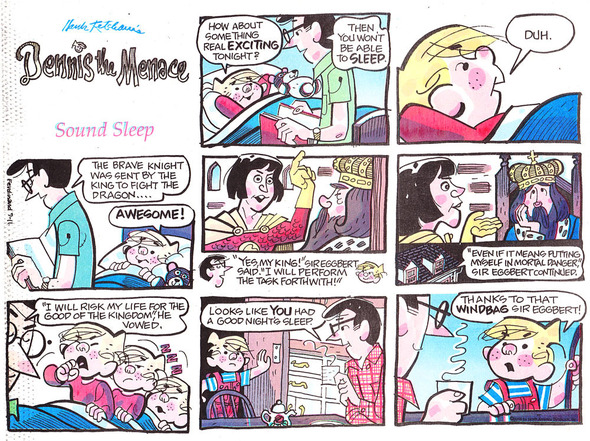 Since his connection to reality is tenuous at best, Zippy’s whole life