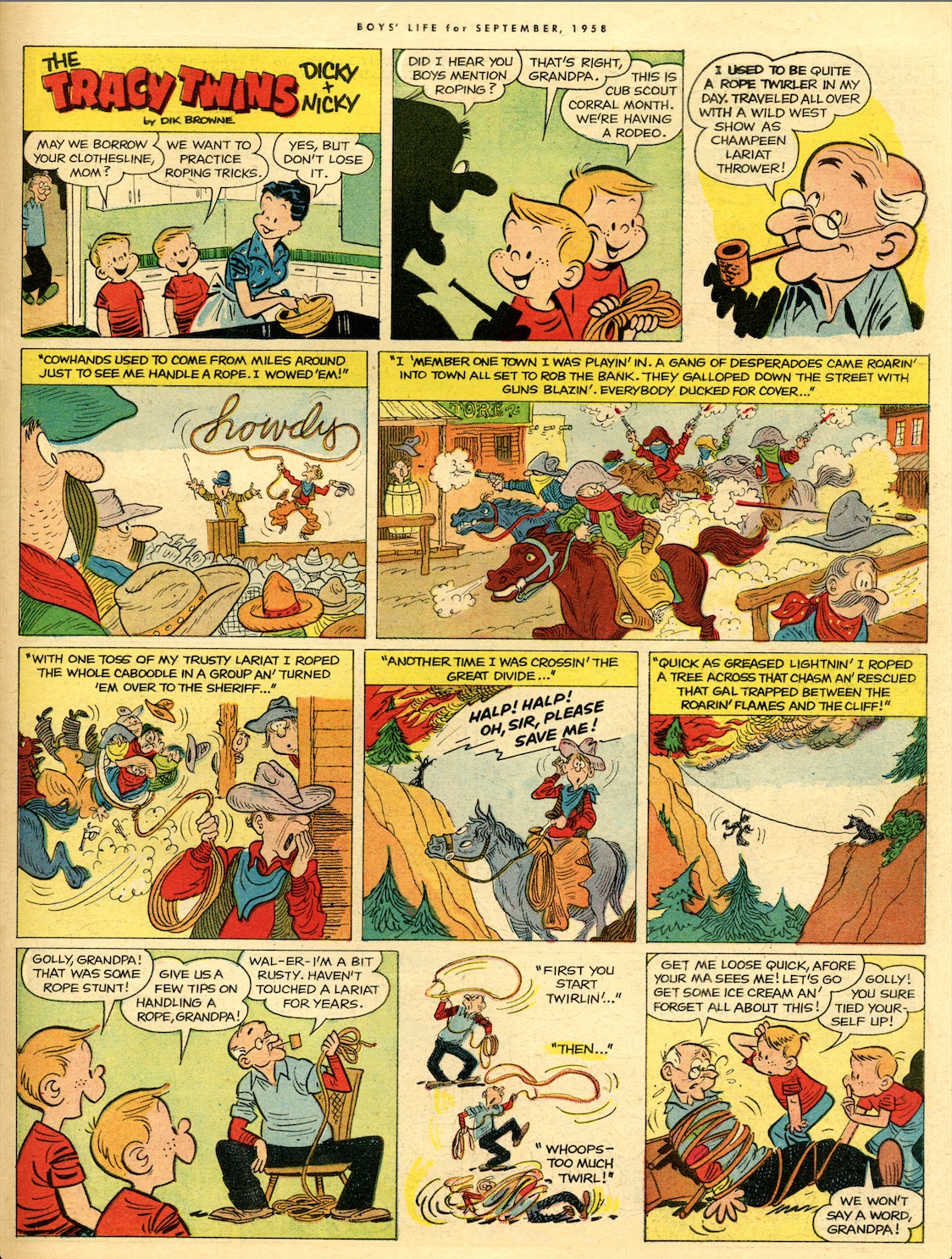 I recently researched and wrote an article about The Tracy Twins for Hogan’s Alley magazine.  This piece will appear in the next issue, which should be coming out later this year.

The Tracy Twins was written by Al Stenzel, an art director who worked at the Johnstone and Cushing art agency.   He supervised the production of this unique monthly feature,  from its debut in Boys’ Life magazine in October 1953, until his death in January 1979.

Dik Browne drew the first episode of The Tracy Twins and continued working on the feature until the early 1970s.  To illustrate the Hogan’s Alley article I scanned some pages from a large collection of Boys’ Life magazines that I purchased a few years ago.  Here is a classic example from September 1958.

The Tracy Twins was published in a full-page format until January 1962, after which it switched to a semi-permanent half-page format.  Here is an example from July 1964. 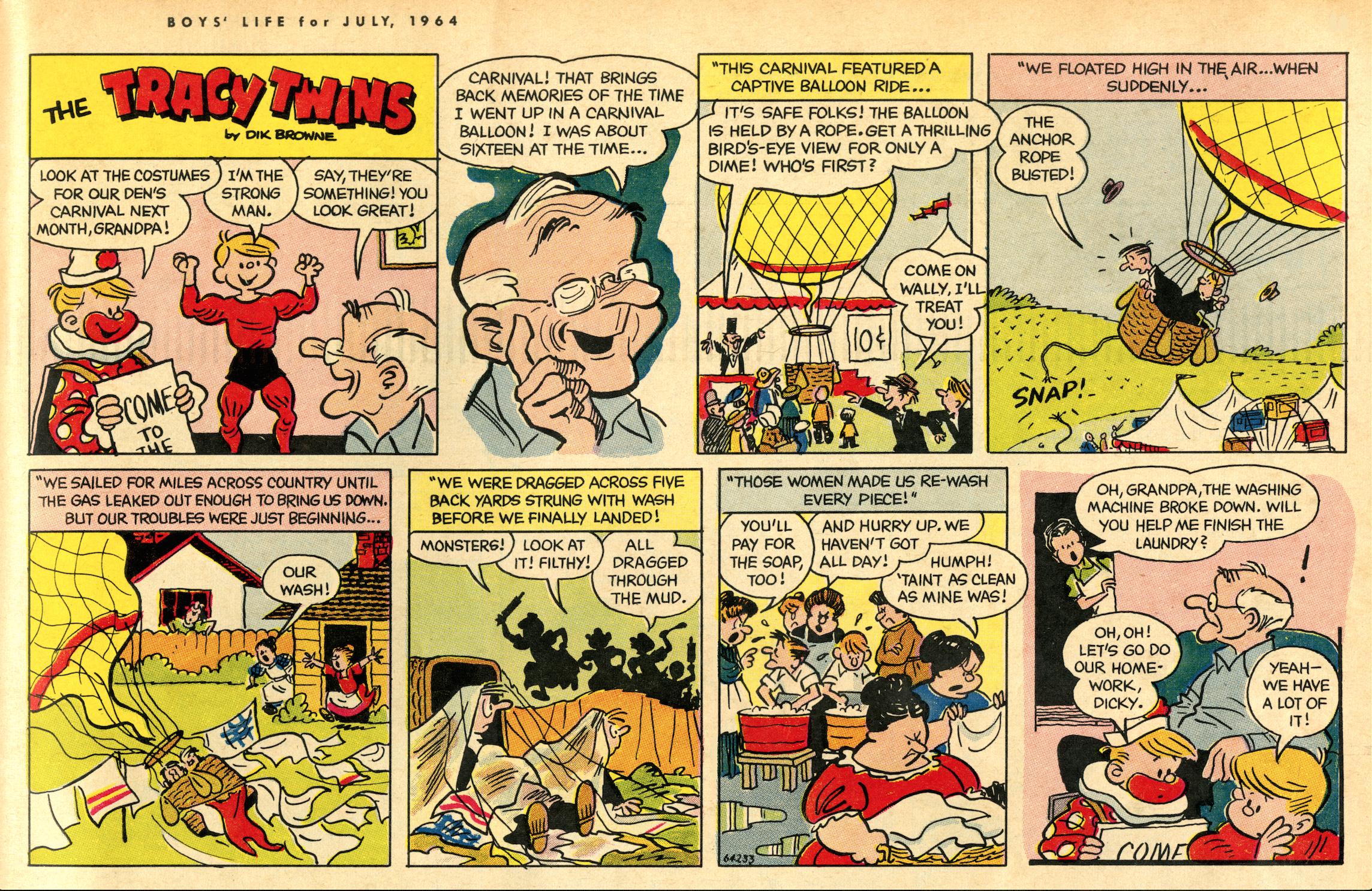 Trying to learn about the history of The Tracy Twins was challenging, since both Dik and Al are no longer alive.  To get some background and insight, I did an interview with Chance Browne and he shared many personal memories of his Dad’s home studio, weekly schedule and working methods.

Chance also had a few of Dik’s original, pen-and-ink Tracy Twins pages.  Here is the original art for the page reproduced above. 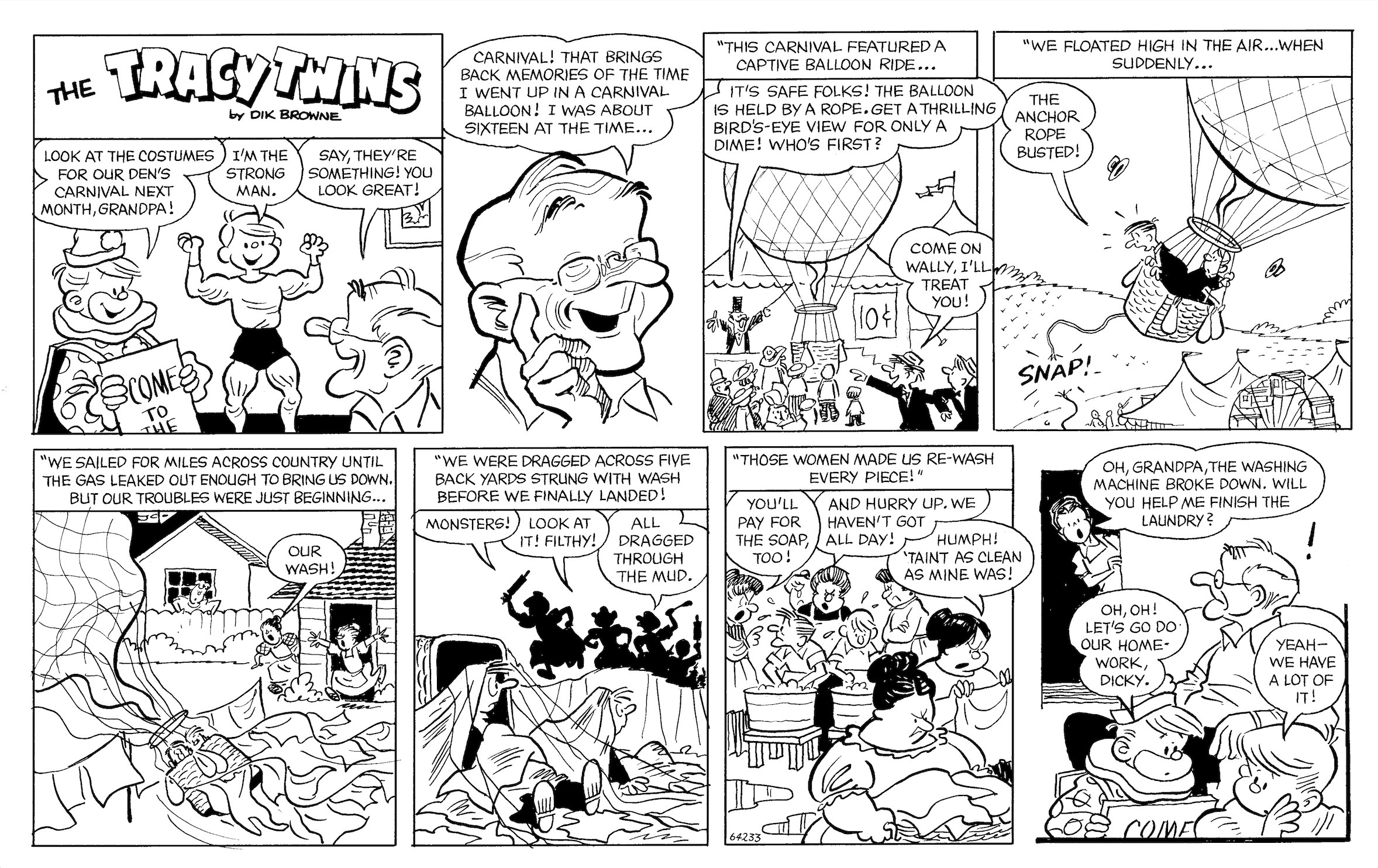 I will be sharing more Tracy Twins art in future blogs and will alert readers when the Hogan’s Alley article is published, so stay tooned.