Being A Grand Marshal At A Parade…Is Good Exercise 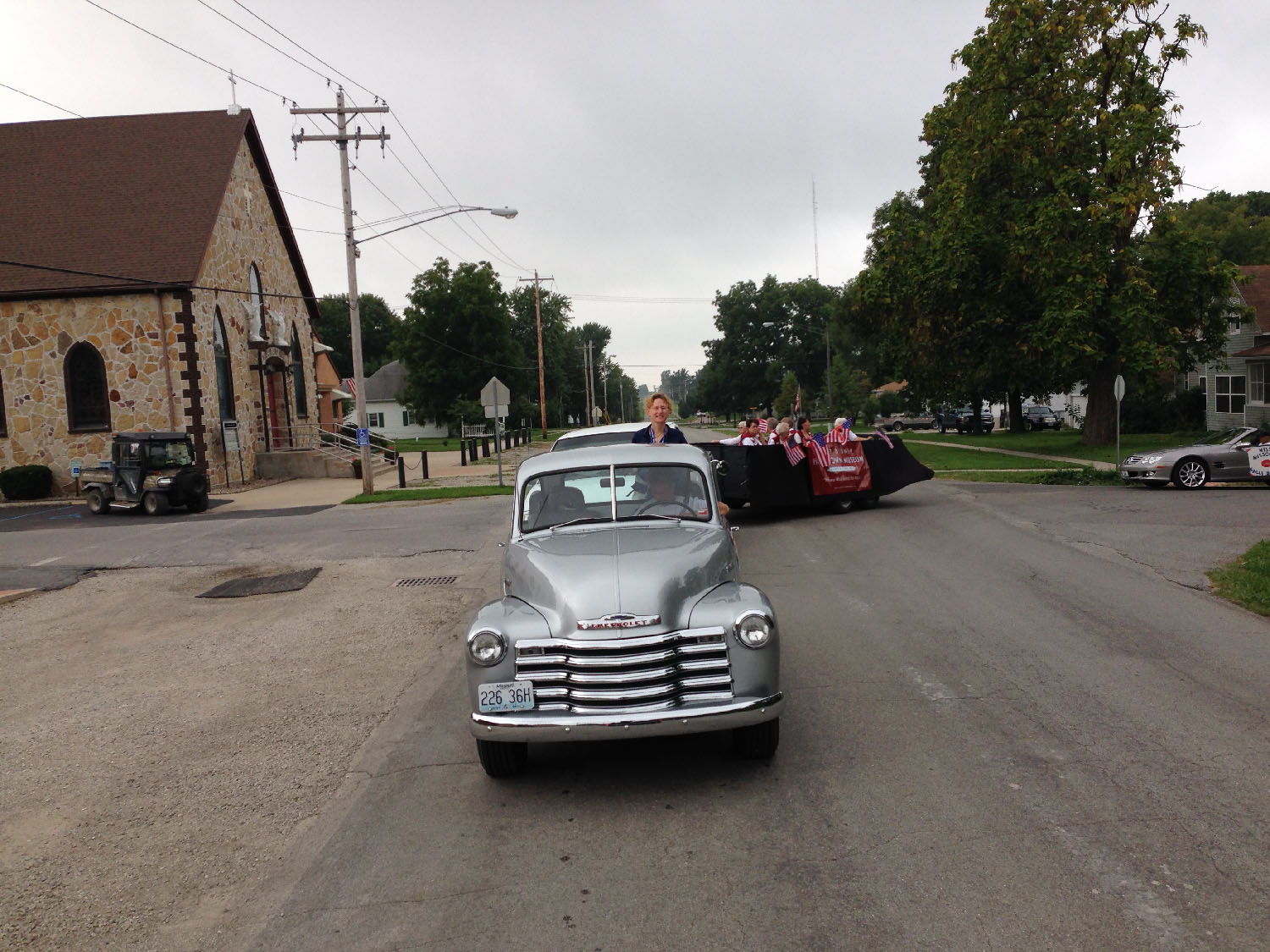 The 2014 Toonfest Parade in Marceline, Missouri!

Marceline is where Walt Disney spent formative years in his childhood, and was deeply affected by the town.  Every year Marceline sponsors Toonfest, where professional cartoonists are invited to town and treated like royalty.  We spoke to the 400 high school students about our craft and got to tour the amazing Walt Disney Hometown Museum.

And, best of all, we got to be Grand Marshals in the parade… 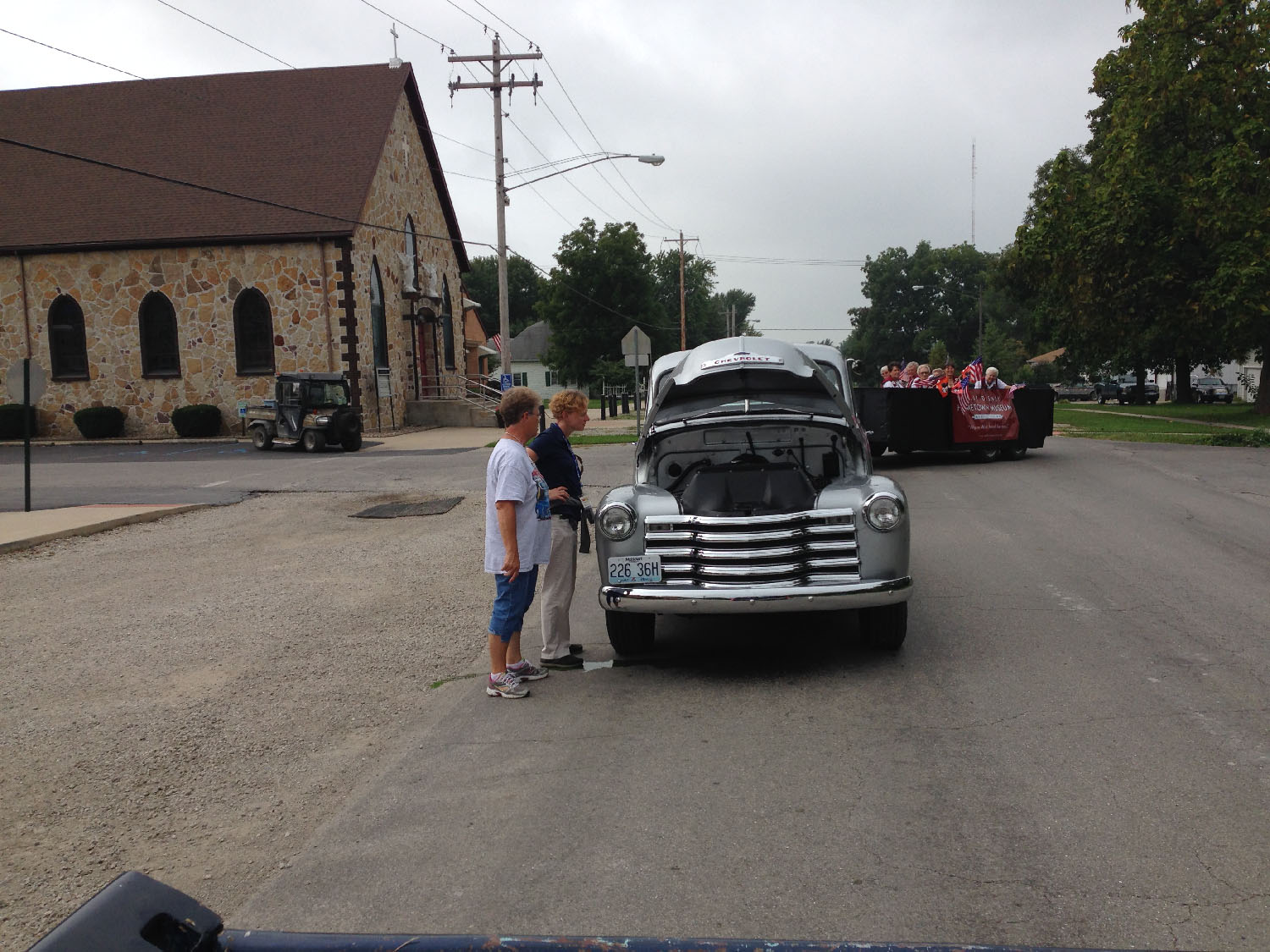 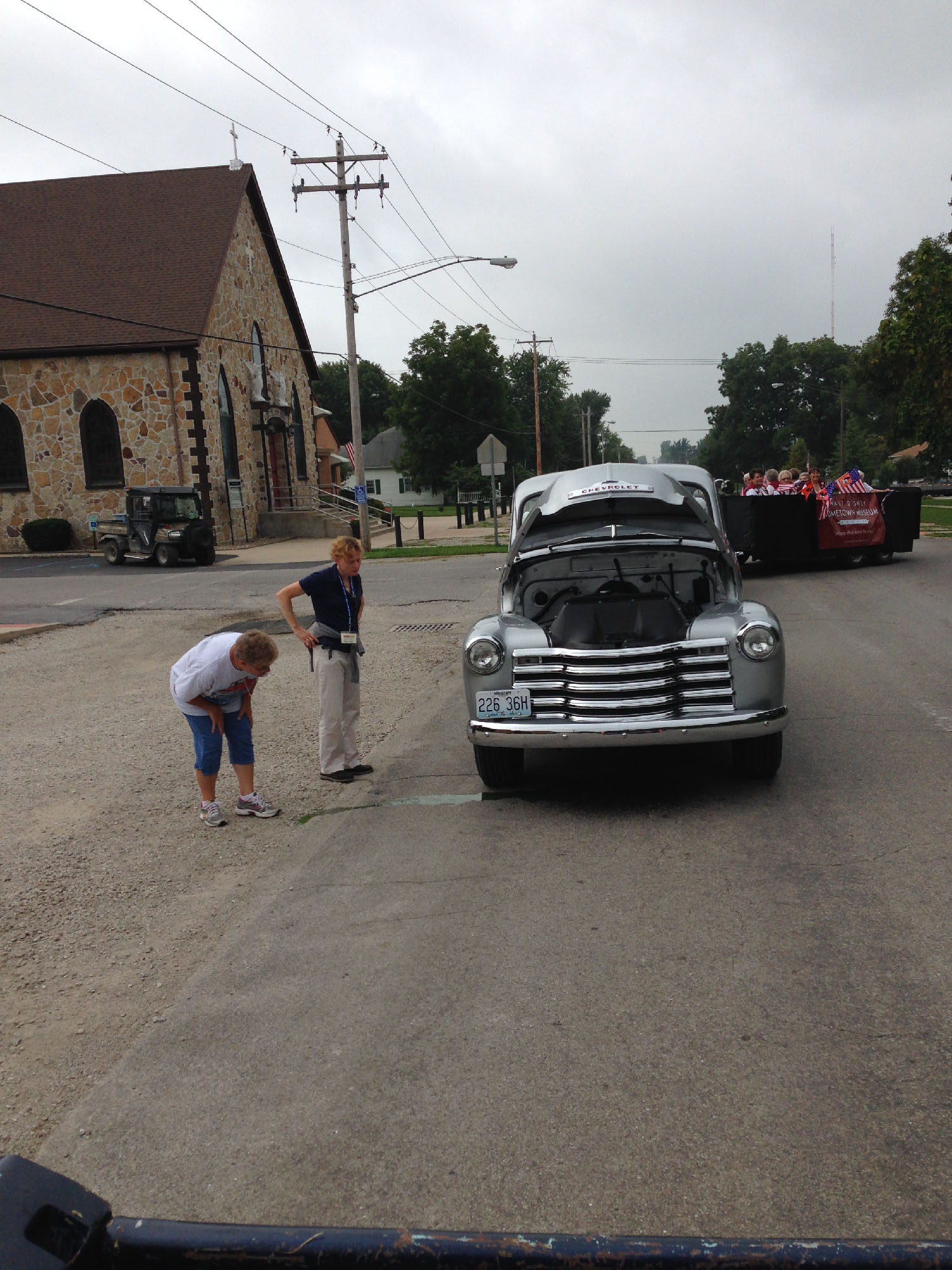 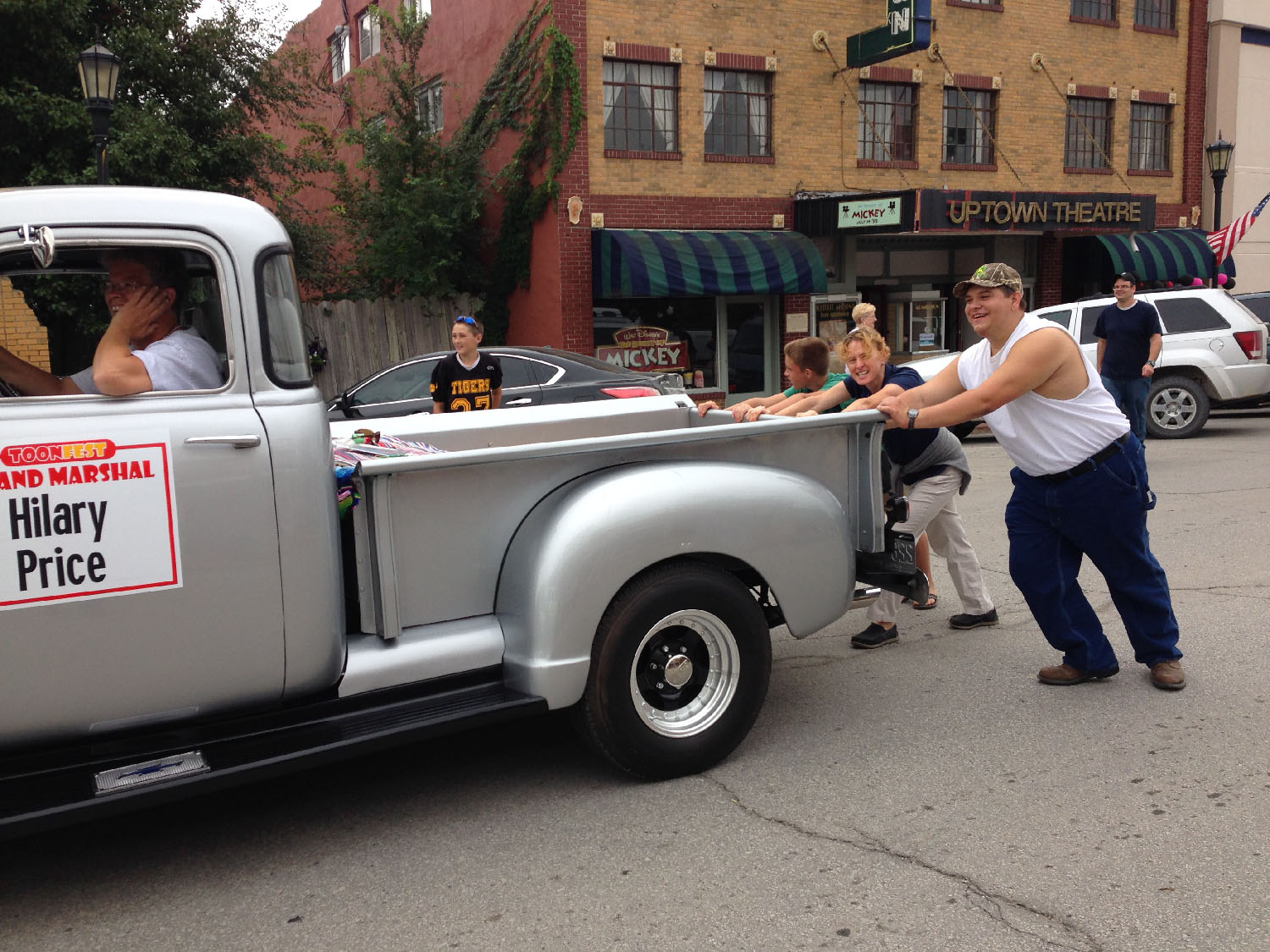 This photo series was shot by the amazing editorial cartoonist Steve Artley, one of the other honored guests at Toonfest.  In addition to editorial cartoons, he’s launching a Twilight Zone type series of illustrated stories called The Aphelion Arc.

The other Grand Marshal this year were cartoonists Bill Hinds, Eddie Pittman and Guy Gilchrist.

We had a blast at Toonfest!