When Thirsty Thurston, the Flagstons next-door-neighbor, was first introduced in 1961, his spouse was not identified.  Thirsty served mainly as a golfing buddy for Hi.

In this strip from 1962, Lois refers to “Carrie,” who is not shown, while Thirsty is feeding their newborn baby.  The Thurston’s child and Carrie were never mentioned again.

Thirsty’s long-suffering spouse, Irma, made her debut in this episode from 1963.

Two weeks later, the next-door neighbors appeared together for the first time.

Thirsty’s relationship with Irma further developed another aspect of his personality.  He was a male chauvinist long before Archie Bunker defined the term.  Irma waited on her husband while he lounged in the back yard.  She did all of the housework, including mowing the lawn. Lois glared out of her window, outraged by the way Irma was being mistreated and Hi sheepishly tried to justify his buddy’s behavior.  This battle of the sexes has been waged in Hi and Lois ever since.

Thirsty and Irma don’t have any children.  Although they have a difficult time comprehending the demands of parenthood, the Thurstons have a genuine affection for the Flagston kids and often act like over-indulgent grandparents. 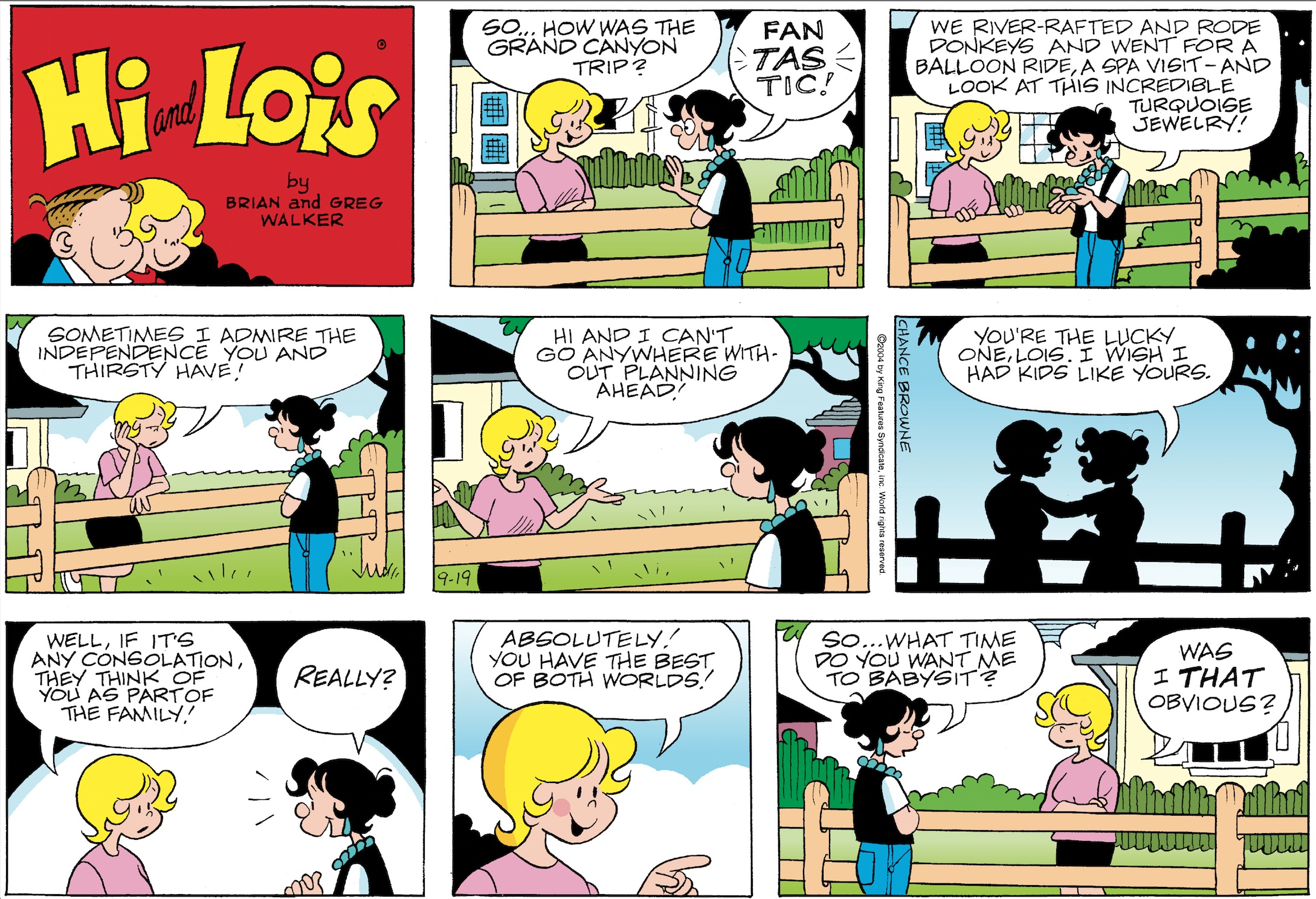 Thirsty and Irma fight frequently and have even discussed divorce, but somehow their marriage survives.  Thirsty would never find another woman who puts up with his selfishness as patiently as Irma.  Lois can’t understand why she does.  It must be love.