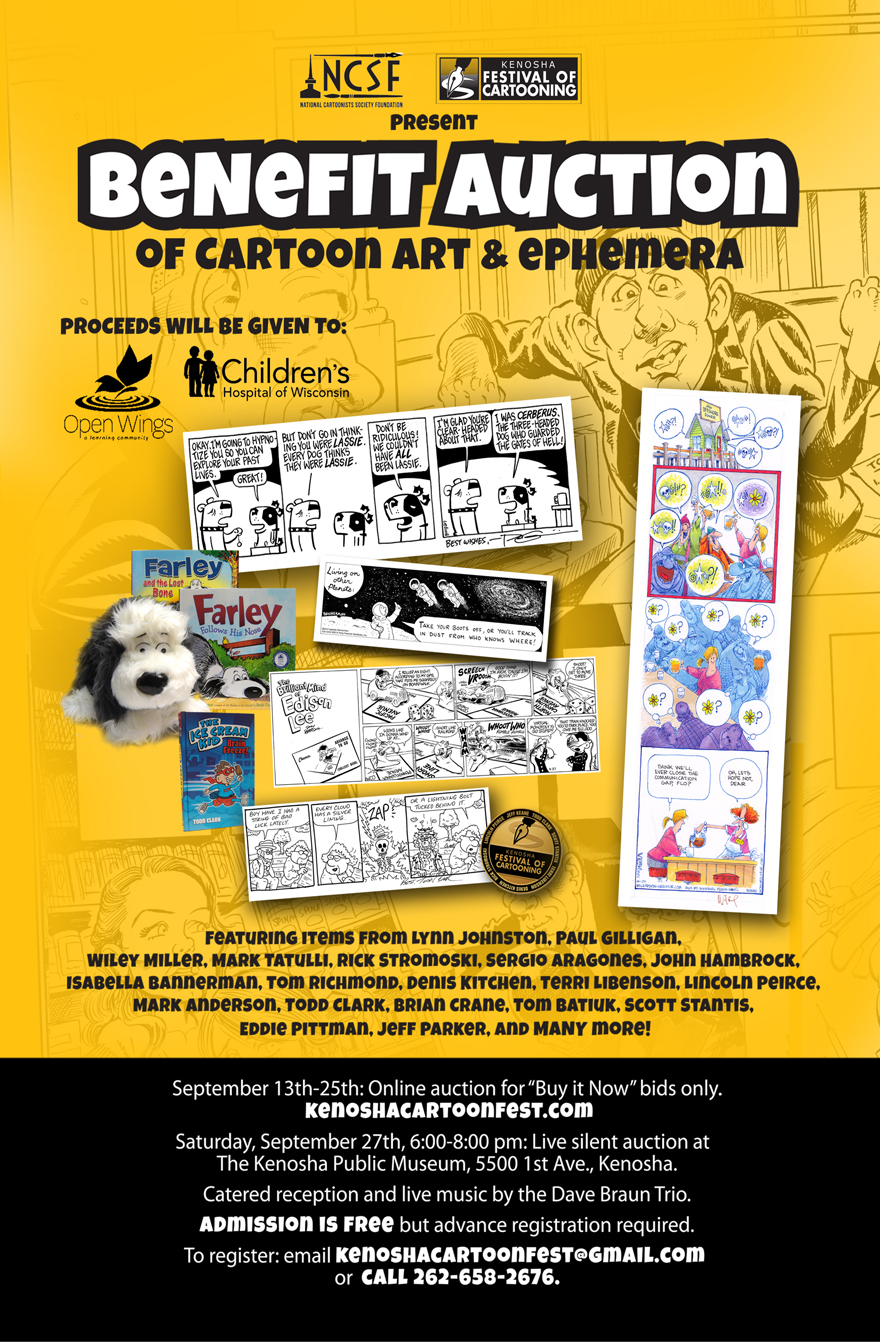 Each year since 2011, cartoonists, comic strips and comics fans have descended on Kenosha, Wisconsin for an ever-expanding 3-day festival of cartooning which features a massive exhibit of comic strip art, lectures, presentations, Q&A and meet-and-greets with the artists, and auction.

This year the Kenosha Festival of Cartooning runs from Thursday, September 27 through Saturday, September 29 and takes place at Carthage College, The Kenosha Public Museum, and the University of Wisconsin at Parkside in Kenosha. The 2014 Festival will feature presentations by internationally reknown cartoonists: Jeff Keane, “Family Circus”; Lincoln Peirce, “Big Nate”; Scott Stantis. “Prickly City”; Denis Kitchen, Kitchen Sink Press; Todd Clark, “Lola”; Rick Stromoski, “Soup To Nutz”; and Terri Libenson “The Pajama Diaries.”
An auction of “cartoon art and ephemera” is a big part of the festival each year and kicks off with an online auction open until September 25th. You can bid on some boffo bits of cartoon art — including a couple of signed “Dustin” originals! All for a great cause, so check out the auction catalogue now and win yourself some eye-popping cartoony stuff.

More info on the Festival itself can be found by clicking here.