It took Mort Walker, who created Hi and Lois in 1954, almost seven years to find a permanent next-door neighbor for Hiram Flagston.  An early attempt was a cigar smoking lay-about named George who first appeared in 1958, but he didn’t stick around for long.

Then, on June 9, 1961, a rotund, fun-loving, co-worker named “Thirsty” – short for Thurston – was introduced.  He started as a golfing partner for Hi but soon took on a more important role in the strip.

Thirsty is lazy and irresponsible.  He drinks and smokes.  He takes advantage of his wife.  He is everything that Hi is not.  Thirsty makes Hi look good by comparison.  He’s the perfect friend.

In the beginning, Thirsty was a heavy drinker and a chain smoker, but has cleaned up his act in recent years.  His bulbous nose was shaded to indicate his over-indulgence, but in the 1990s the lines were removed to show that he had reformed.  Although he smokes a cigar on occasion, he no longer has a cigarette perpetually hanging out of his mouth. 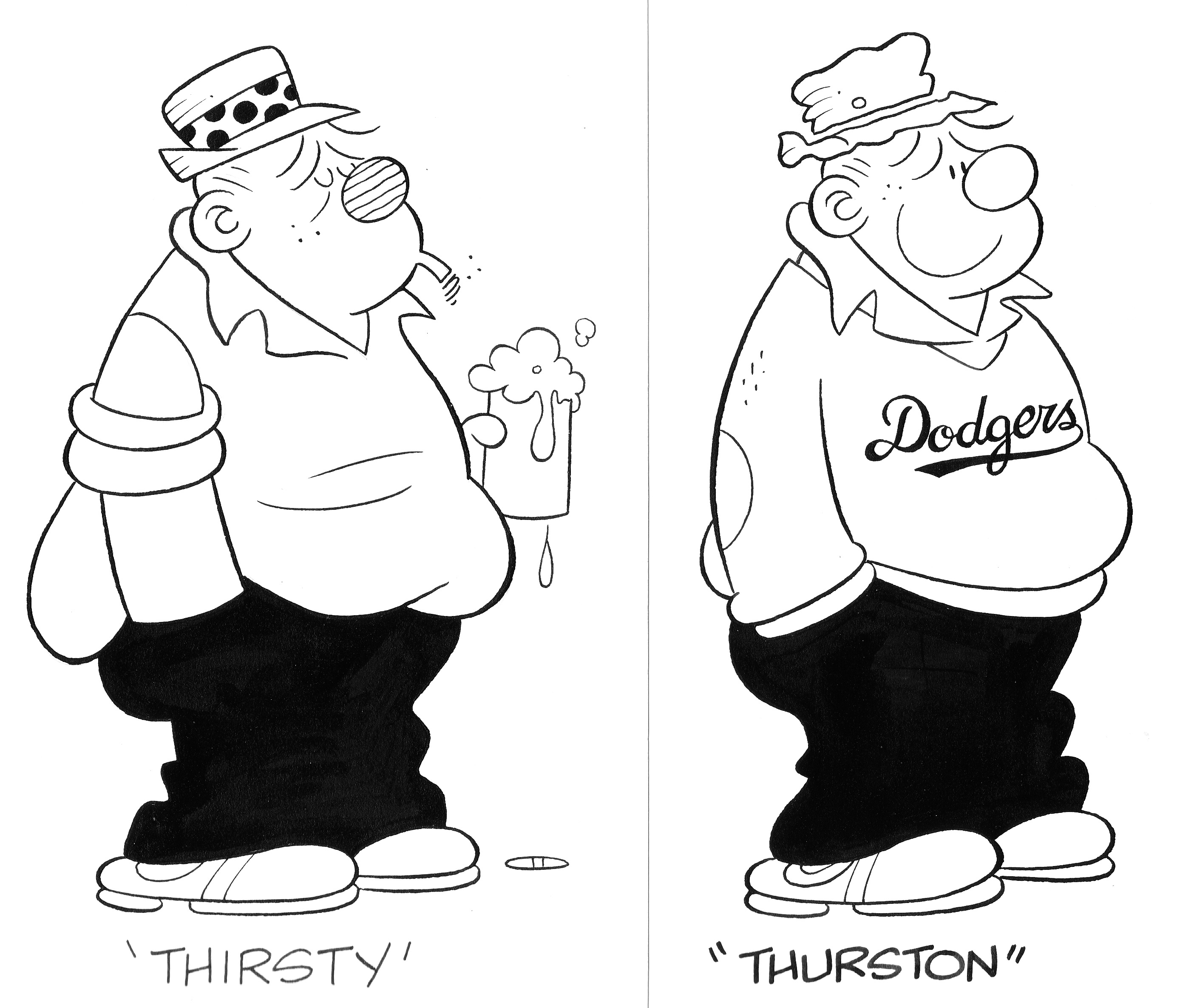 Although his appearance has been slightly altered, Thirsty will never change. Even with his stubborn, out-moded ways, it’s still impossible to dislike the guy. Hi feels good about himself when his pal is around.  Thirsty is the kind of man women love to hate and men hate to love.