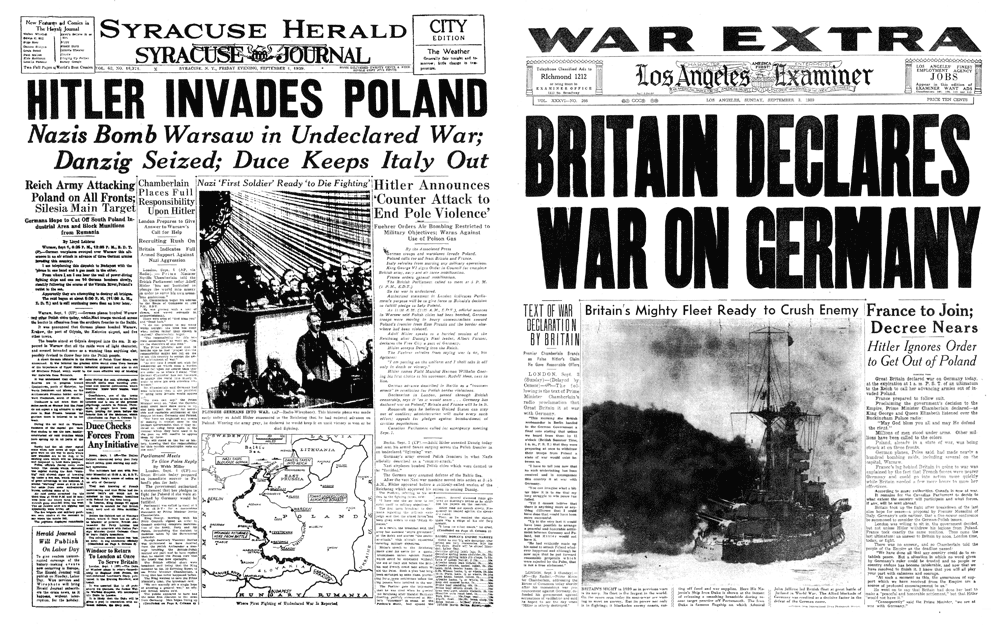 You will recall a few months ago I ran the comics that appeared on the day of the assassination of Archduke Franz Ferdinand a century past.

The date was significant because it was the anniversary of the incident that lit the fuse of World War One. But the date that war began on is a ragged affair, with the different combatants mobilizing, declaring war on one another and actually shooting all took place over a week’s time in late July and early August.

World War Two has a much more precise start. Often it’s recorded that the invasion of Poland by the Nazis on 1 September 1939 is the day the war started, but more accurately, it was two days later when Hitler refused allied demands to halt, forcing England and France to declare war. 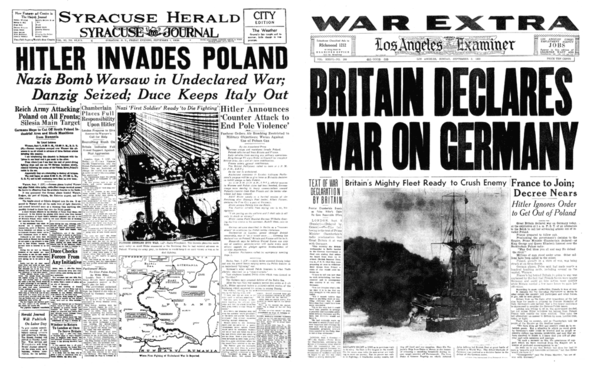 Hard years for the world followed, but here in America, we were neutral and were determined to stay so. We got into the first War and popular consensus was that we got nothing out of it but unpaid debts and disillusionment. We had planned to “sit this one out,” and maybe  stay home and read the comic sections. Of course, we would be dragged into that War too, by way of Pearl Harbor, two years later. See here.

I’m sure there’ll be a lot of commemorations this weekend, especially across the Atlantic. Queen Elizabeth is the last world leader that was in uniform then. Most Americans still around from those days were probably more concerned with what Flash Gordon and Tillie the Toiler were doing than the grim fate of Warsaw.

Here are some of the King Features strips of that Sunday on it’s dodracentennial. 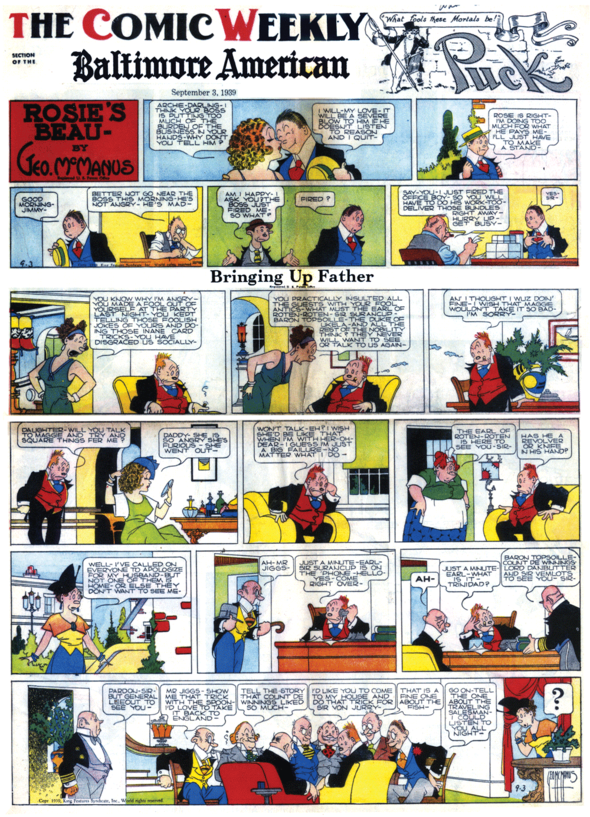 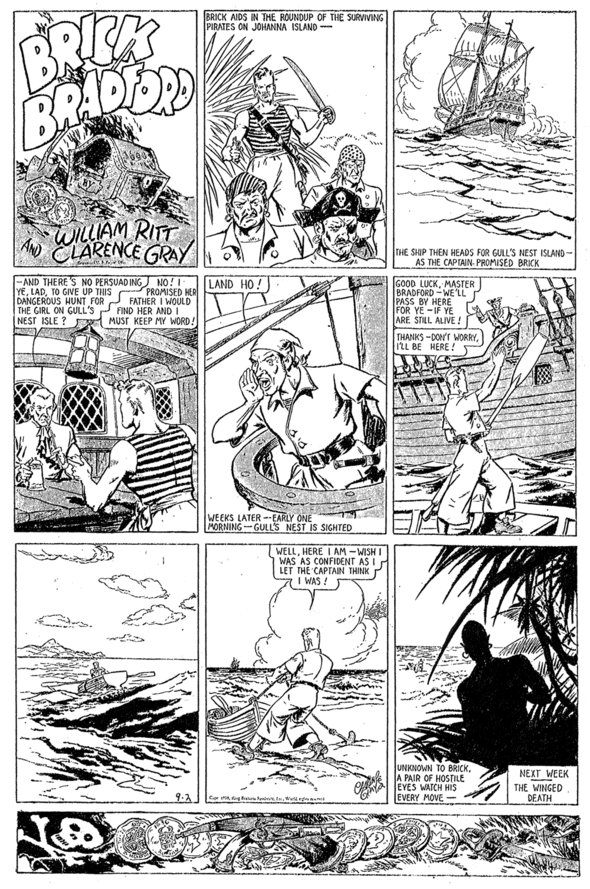 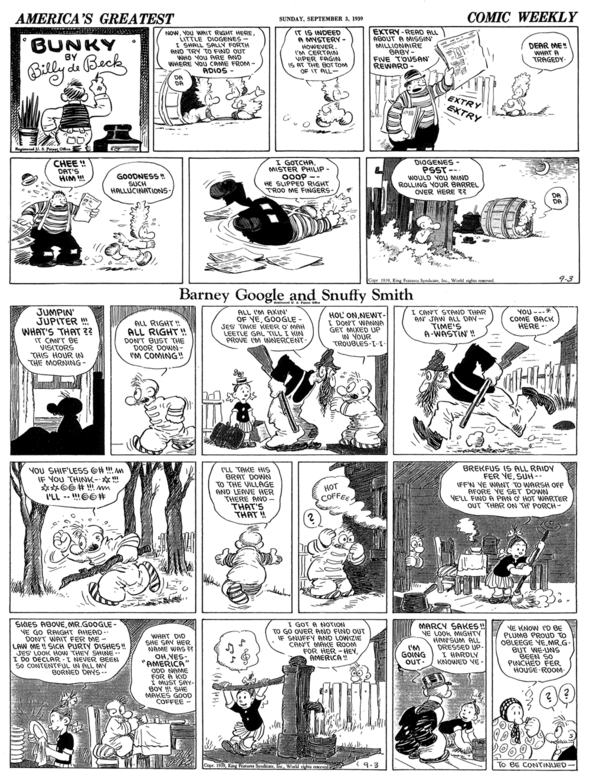 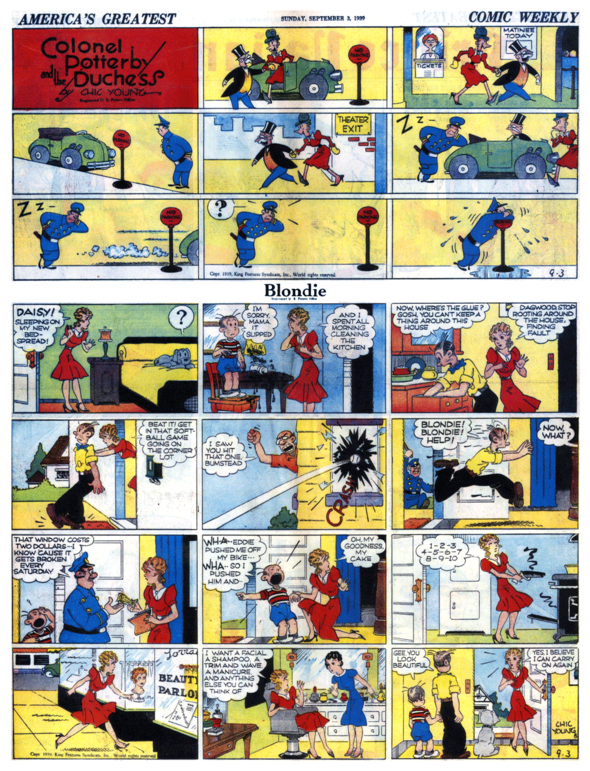 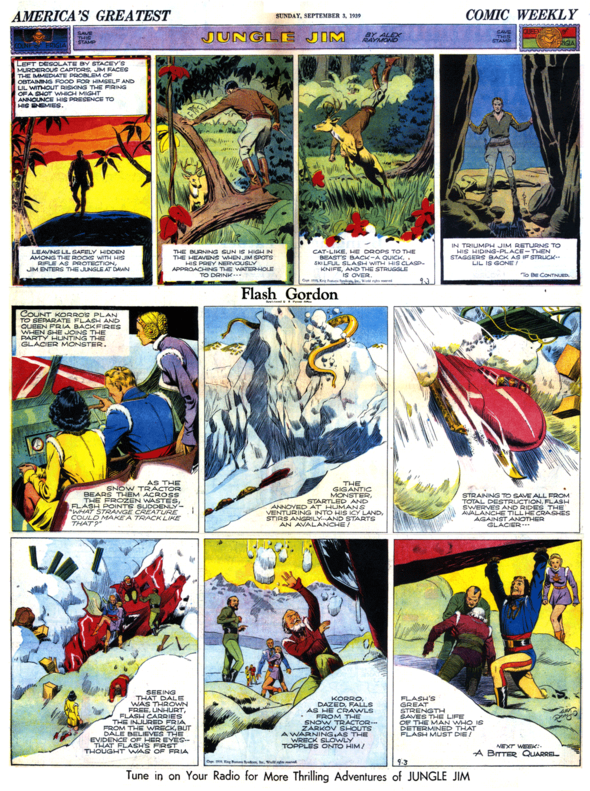 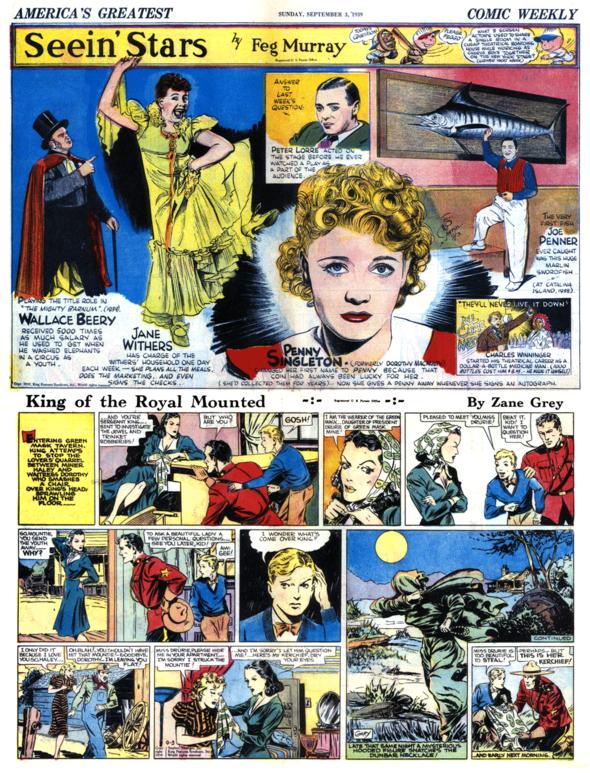 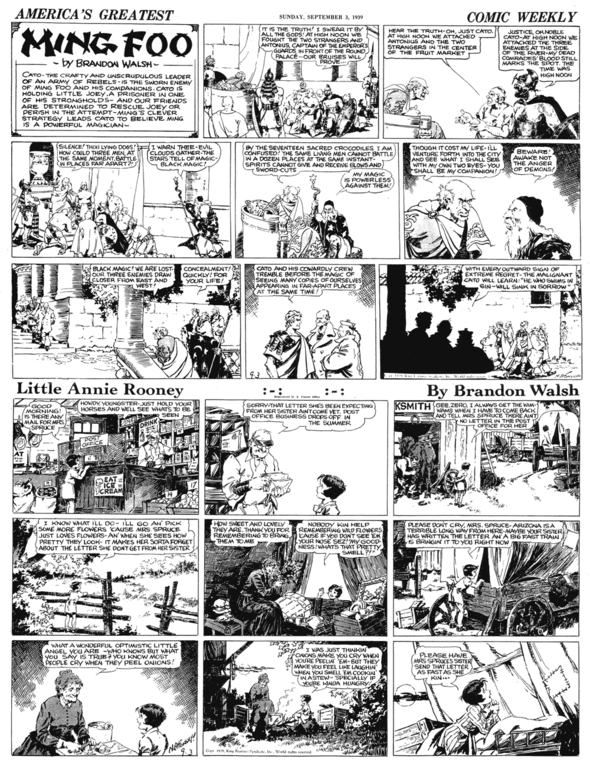 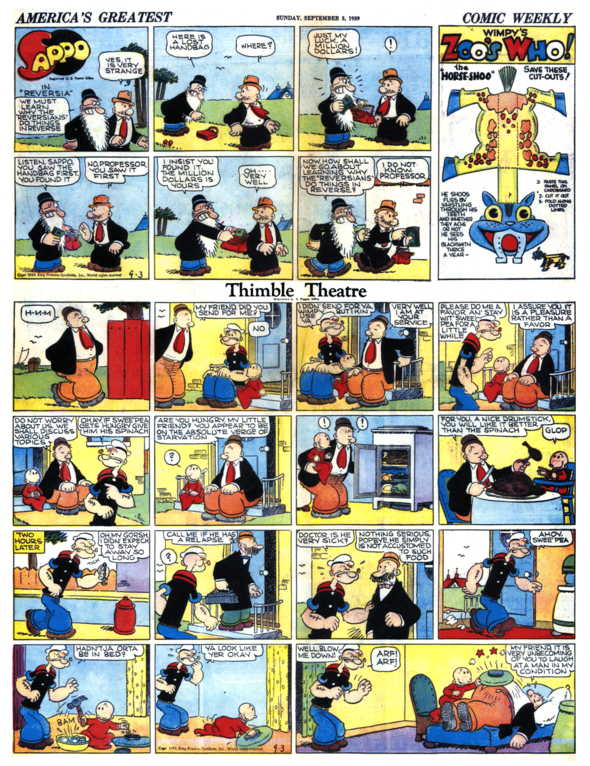 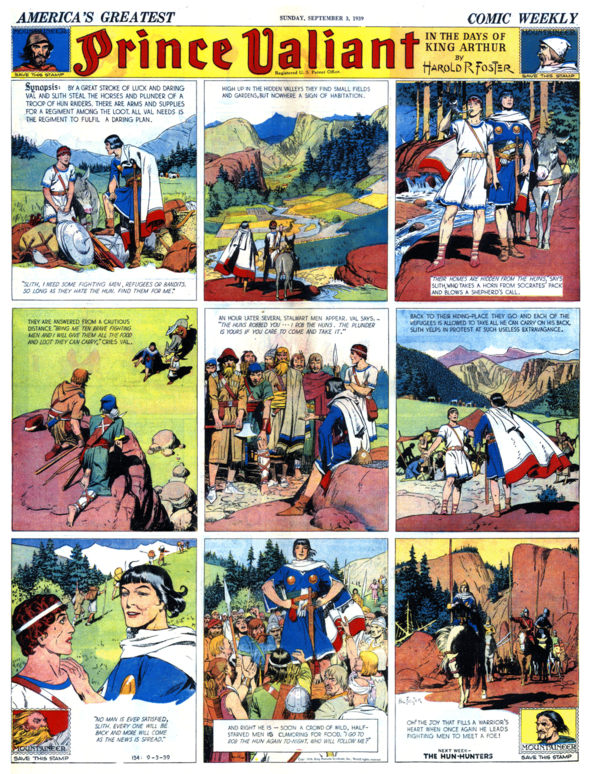 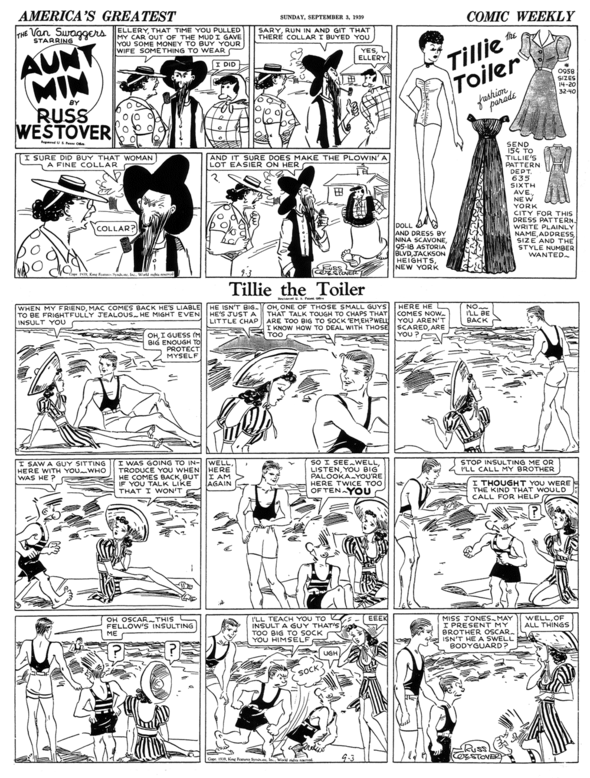 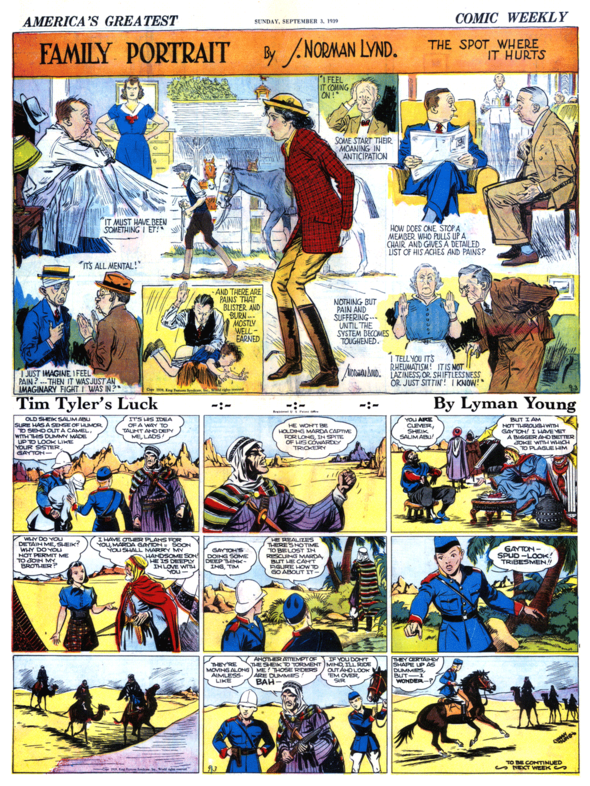 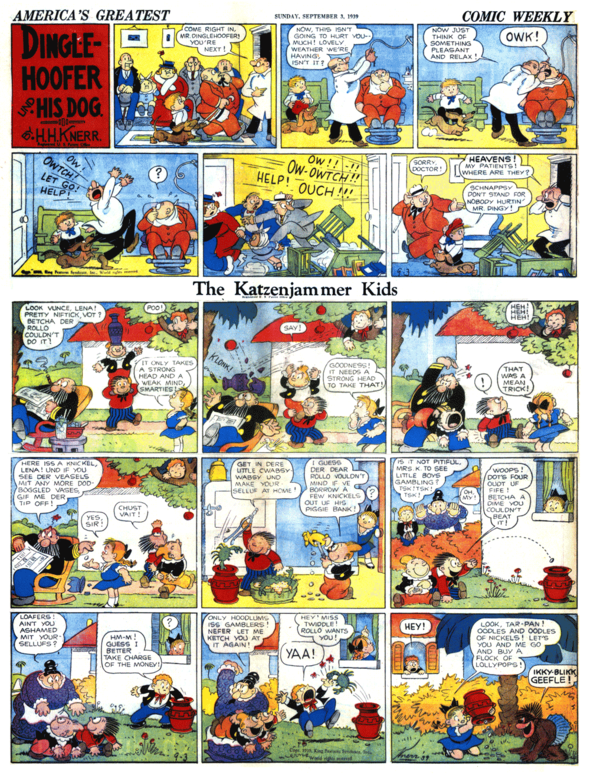 (With thanks to Cole Johnson)

Below are my comments to questions asked in my previous post dated August 21.

To John W Kennedy,
In trying to date the actual earliest use of the term “Psycho,” I see it being used as early as 1821 as a component of the term “Psycho-Physiology,” obviously derived from “Psychology”, a term in ready use in the 18th century. The phrase “The Psychological moment” seemed to be popular by 1900.  By the 1930’s, “Psycho” seems to still be only a part of psychological terms, including psychotherapist, psychoanalyst, psycho-somatic, etc. I notice that often in print, there is a hyphen in the middle of these words.

Below are comments from my previous blog post dated August 21.

No harm done. Be sure to re-stock your film at FotoMat.  We’ll still be here.

I take it that nobody would have preferred Earl to be known as “Zero.”  We, here at King Features, especially Patrick McDonnell, are very happy that MUTTS has so many avid fans, and we expect that the series will continue to please you all for twenty (or more) years to come.