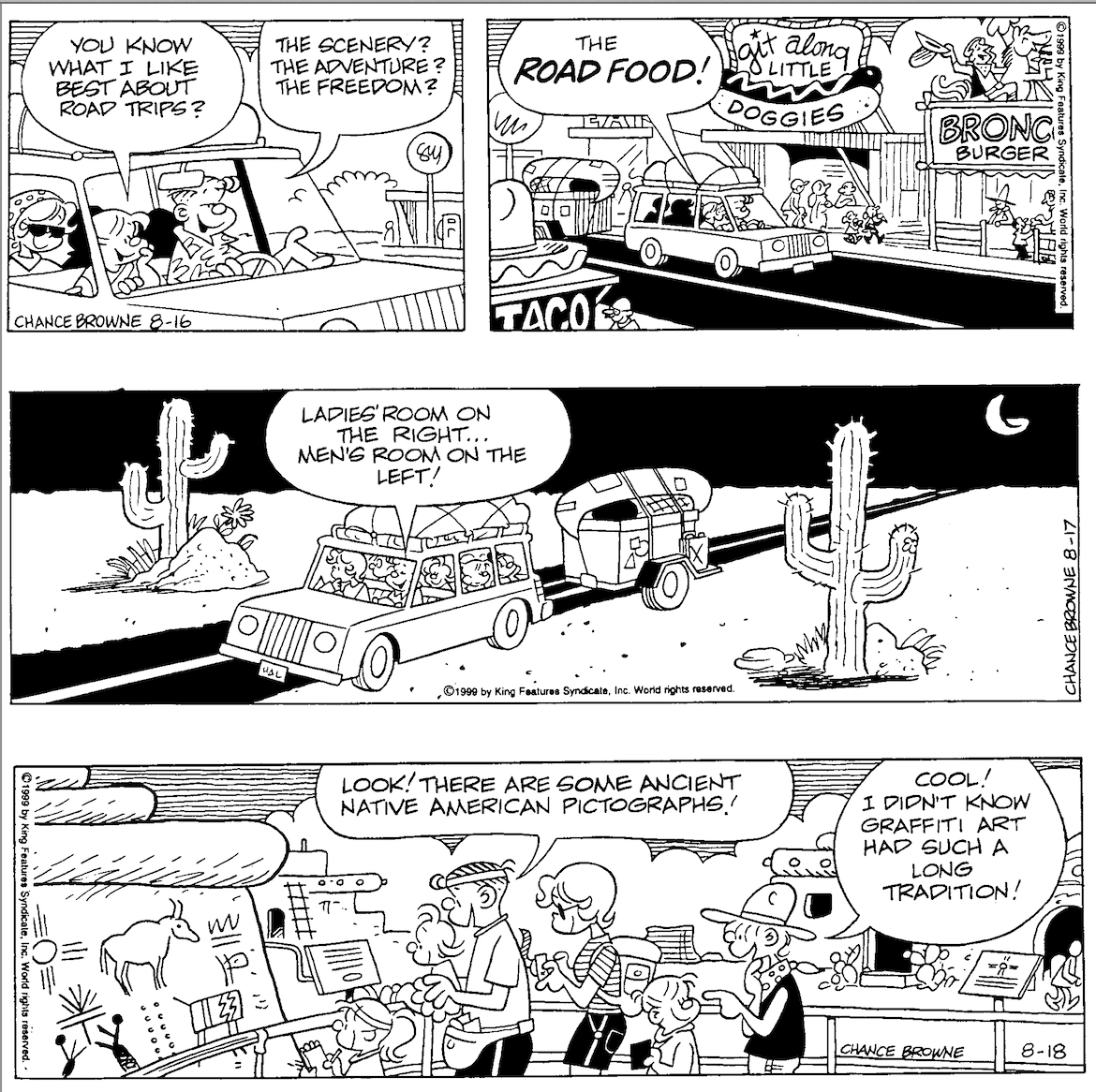 In the second week of the 1999 cross-country sequence, the Flagstons tour through the western United States.  They also continue to experience mishaps that are typical of most family vacations.

In the first three dailies they look for a place to eat, take an outdoor bathroom break and see some southwestern Indian cave dwellings.

Chance added many humorous details to these drawings.  He came up with the hilarious names for the roadside restaurants in the first strip.  The moon in the desert scene of the second episode was borrowed from one of George Herriman’s Krazy Kat pages.  The pictographs in the third installment look they were done by an early cartoonist.

In the next three strips, the Flagstons visit the strip in Las Vegas, have a white-water rafting adventure and finally go camping in Redwood State Park. 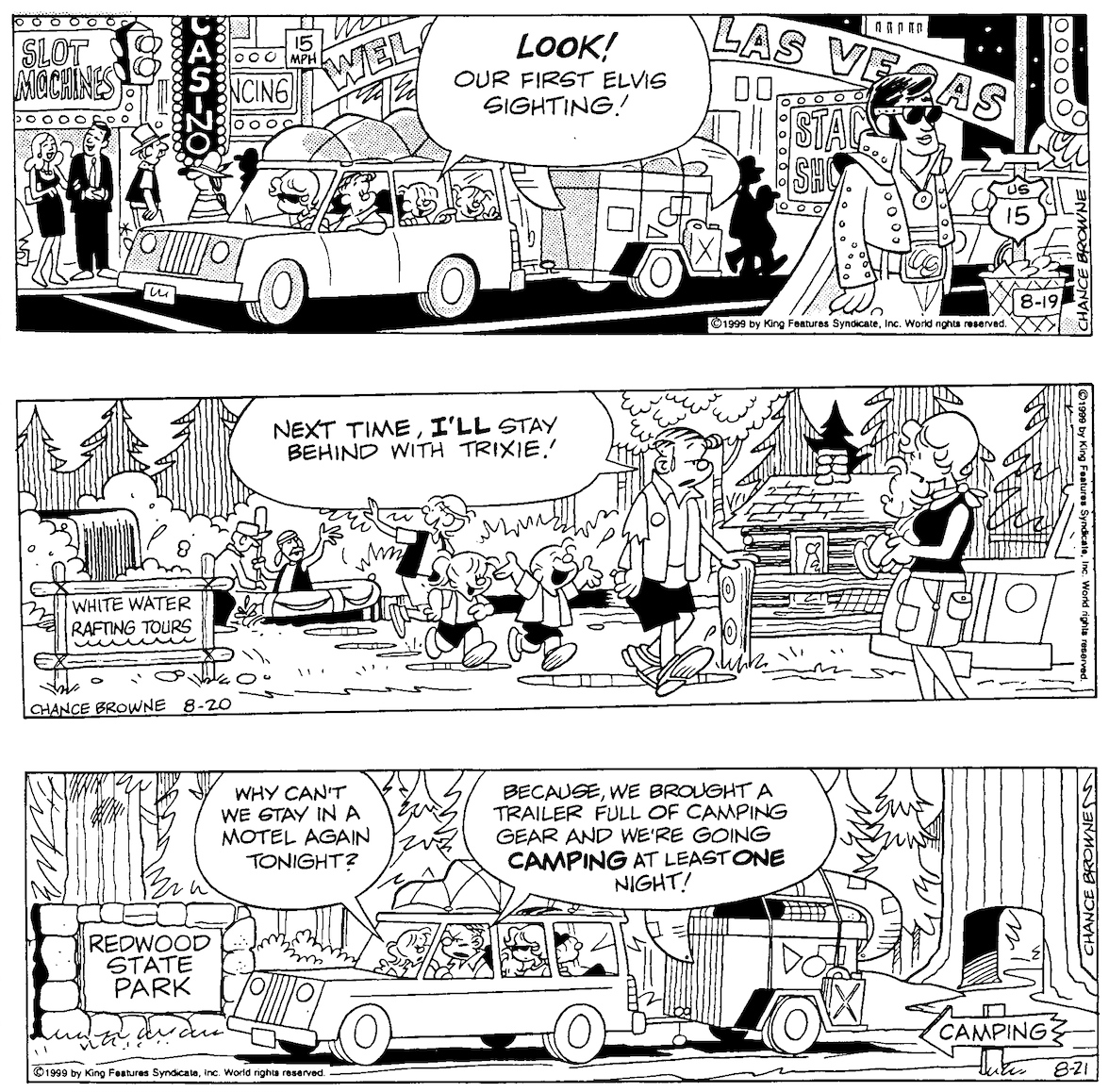 In addition to a convincing caricature of an Elvis impersonator, these episodes feature great backgrounds of casinos and western forests.  The overstuffed trailer in the final strip helps to visually reinforce the gag.  The single-panel format encouraged Chance to render some terrific scenes.

Check back next week for the final Sunday page in this historic series.