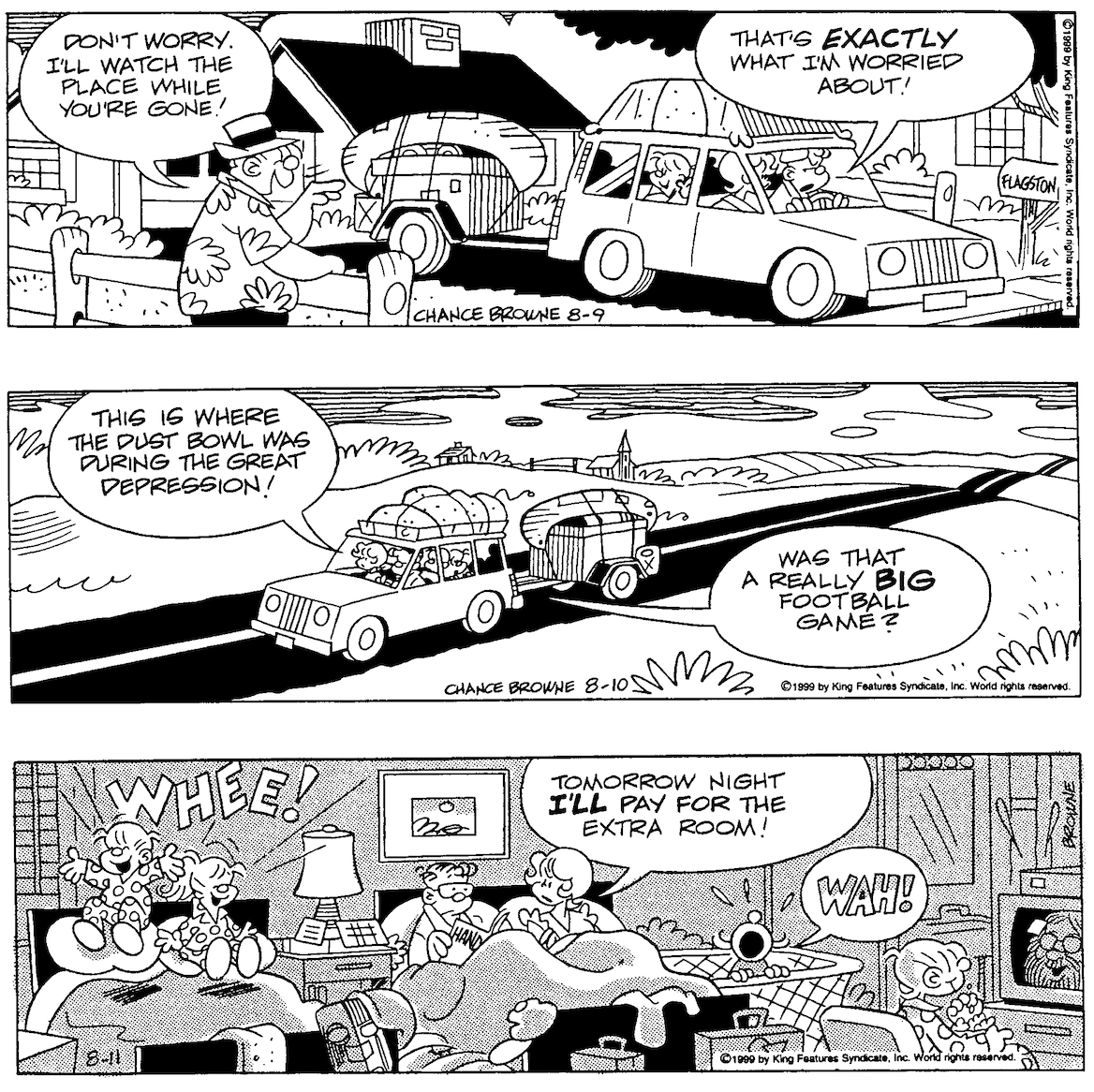 During the first week of their 1999 summer vacation, the Flagstons traveled across the Great Plains towards the Continental Divide.  Along the way, they spend a night in a cheap motel, drive past yet another popular tourist attraction and get an aerial view of a run-down trailer park.  This is not the perfect family getaway.

The challenge of writing a series like this is that each episode has to work as a stand-alone gag and, at the same time, advance the story.  We have to come up with many more ideas than what is used to insure that the final choices serve both functions.

The humor in the 1999 story is somewhat different than in the 1966 version.  We often describe the Flagstons as a “functional family in a dysfunctional world.” This series provided an ideal opportunity to show how they cope with the problems of the modern world away from the comforts of their home. 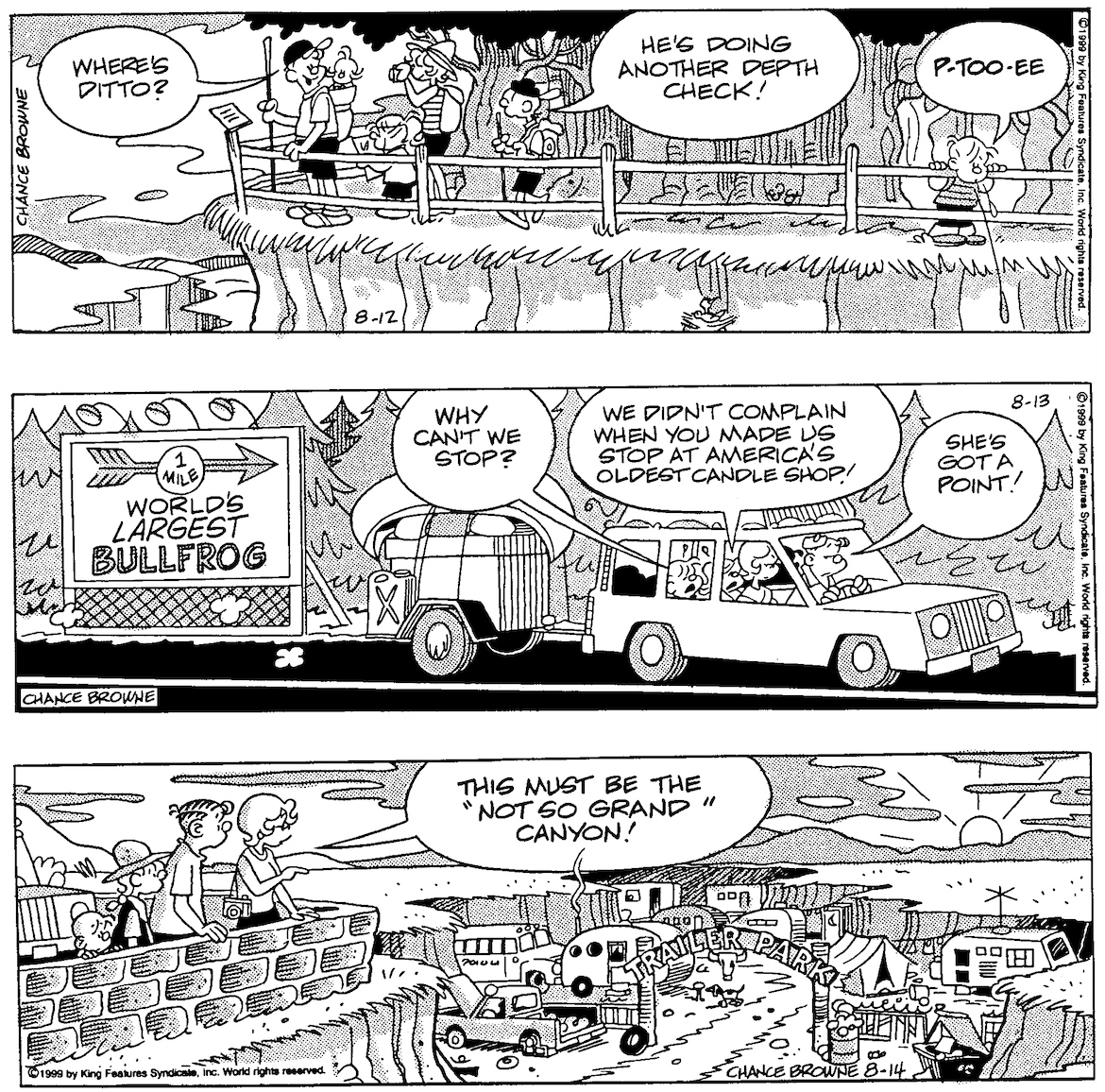 We also designed the strips in a single-panel format to showcase the panoramic vistas of the various places they visit.  This gives the series a visual cohesiveness.  Chance worked many extra hours to create evocative locations and add realistic details to these compositions.  He was inspired by his father’s work on the 1966 road trip sequence.

We will be posting the second Sunday page in the story next week so stay tooned.