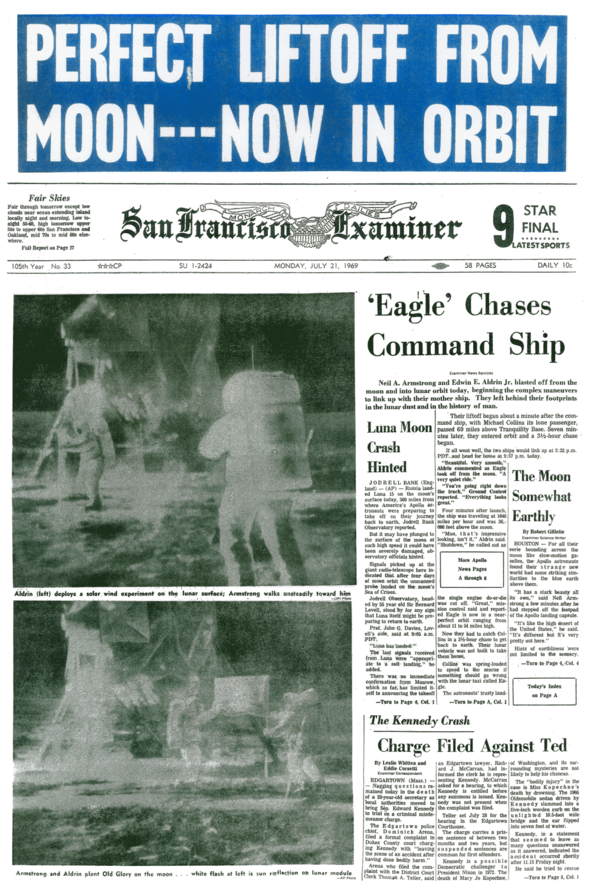 Two weeks ago, (see here), I shared some of the strips that ran on the day of the historic Apollo 11 moon landing. Because it proved so popular with readers, today we give you a second helping. 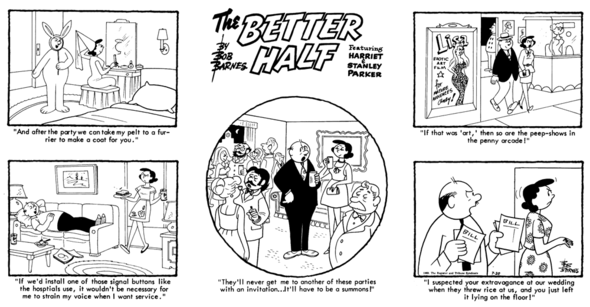 THE BETTER HALF by Bob Barnes 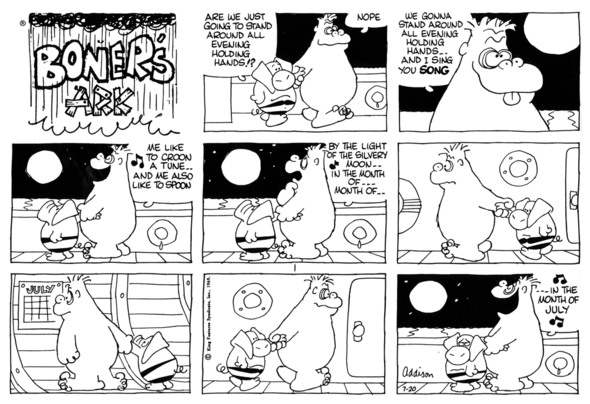 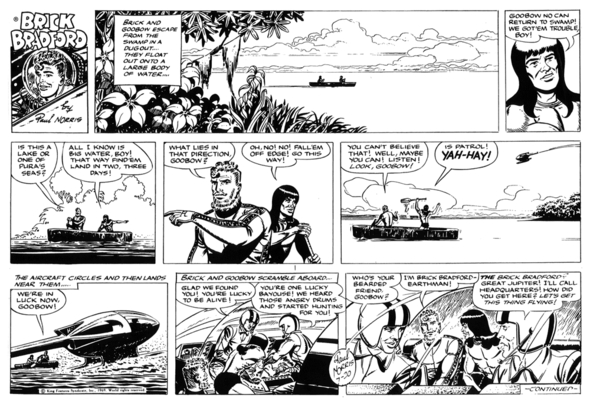 BRINGING UP FATHER by Kavanagh & Fletcher 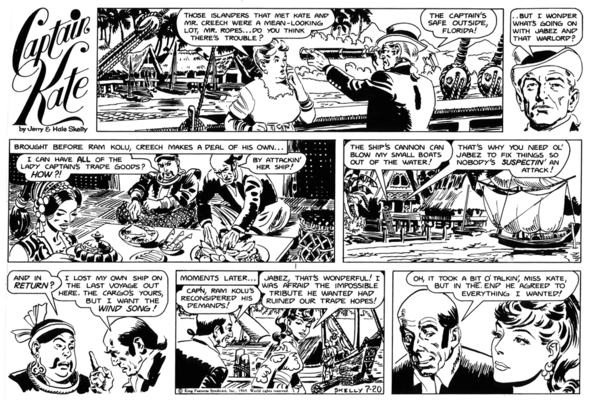 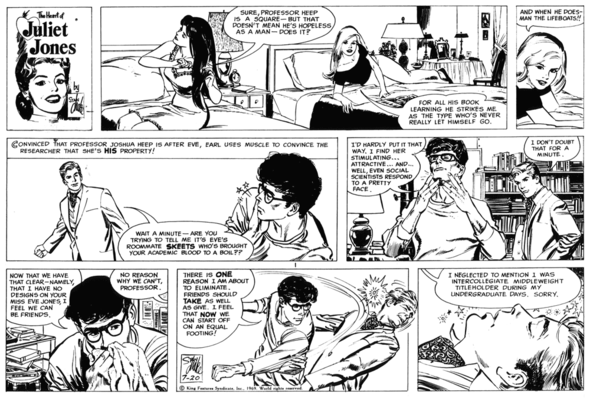 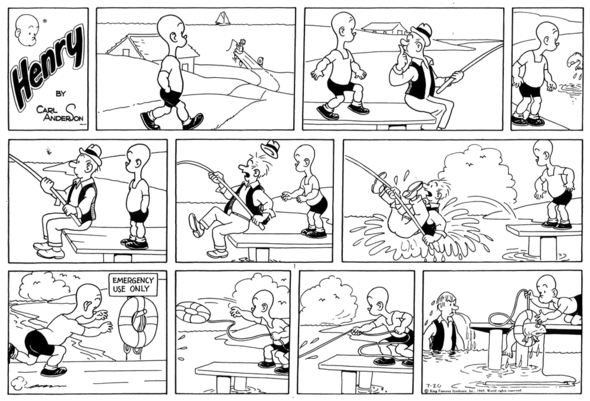 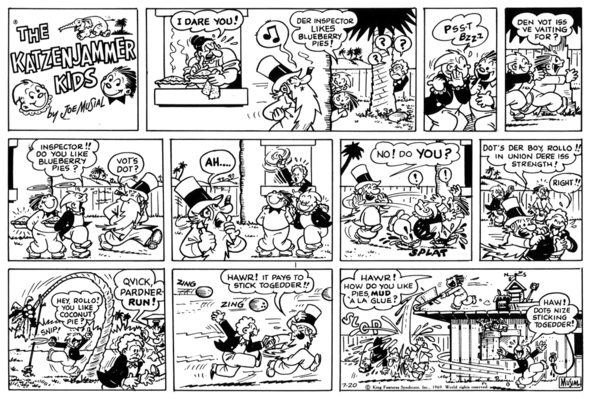 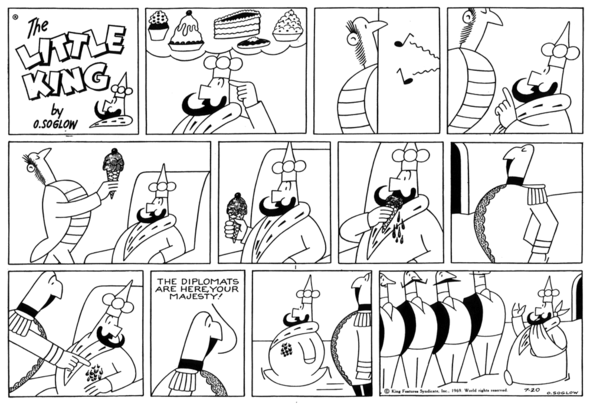 THE LITTLE KING by Otto Soglow

THE LITTLE WOMAN by Don Tobin 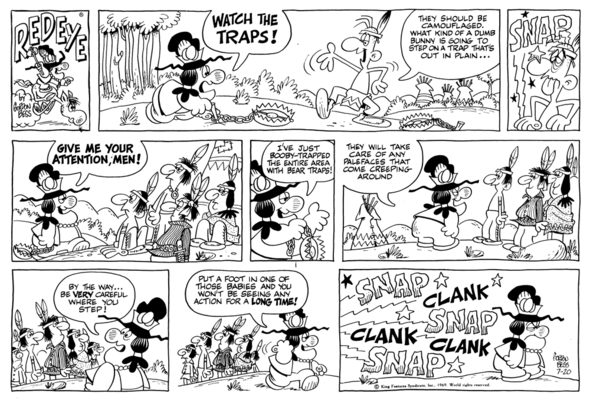 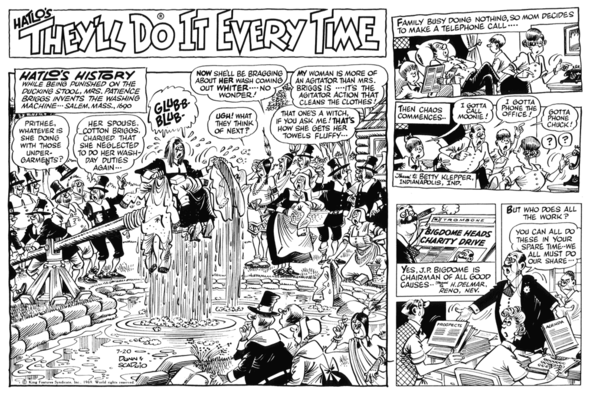 THEY’LL DO IT EVERY TIME by Dunn & Scaduto 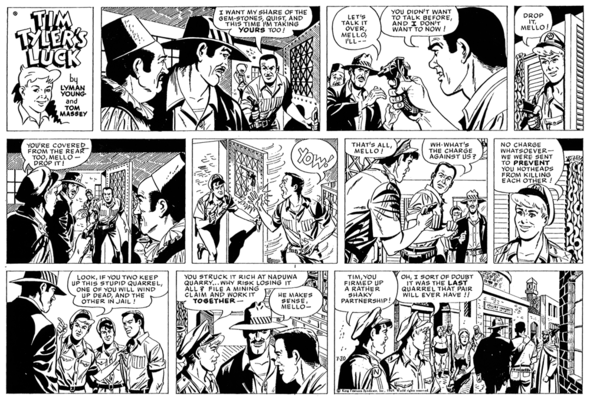 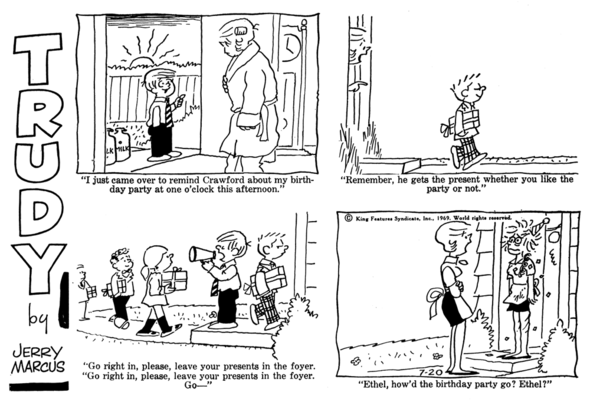 To Pretty Boy:
Quite a lot of films were made based on comics! I think it was a quick way for inexpensive productions to attract a readymade audience, which would appeal to exhibitors. Whether most were good or bad didn’t matter much, though, it would seem.

To Old Thoth:
Despite being a top strip, I can think of only one other collection, a Cupples & Leon book of 1921. It says, “First Series” on the cover, but there was only one. I think that Fontaine Fox might have guarded the licensing of the actual cartoons too closely.

To Fusionater:
I am in fact a wizened old gnome sitting in a cave full of musty artifacts brought back from the Crusades, like Merlin, at the top of the Hearst Tower in New York.

When did comic strips become a “legitimate” medium? I guess they never will garner the full respect that literature or theatre gets, because of their all too popular character. Highbrow comics could never be profitable. So, they fit in perfectly with the movies, which began at the same time comics did.