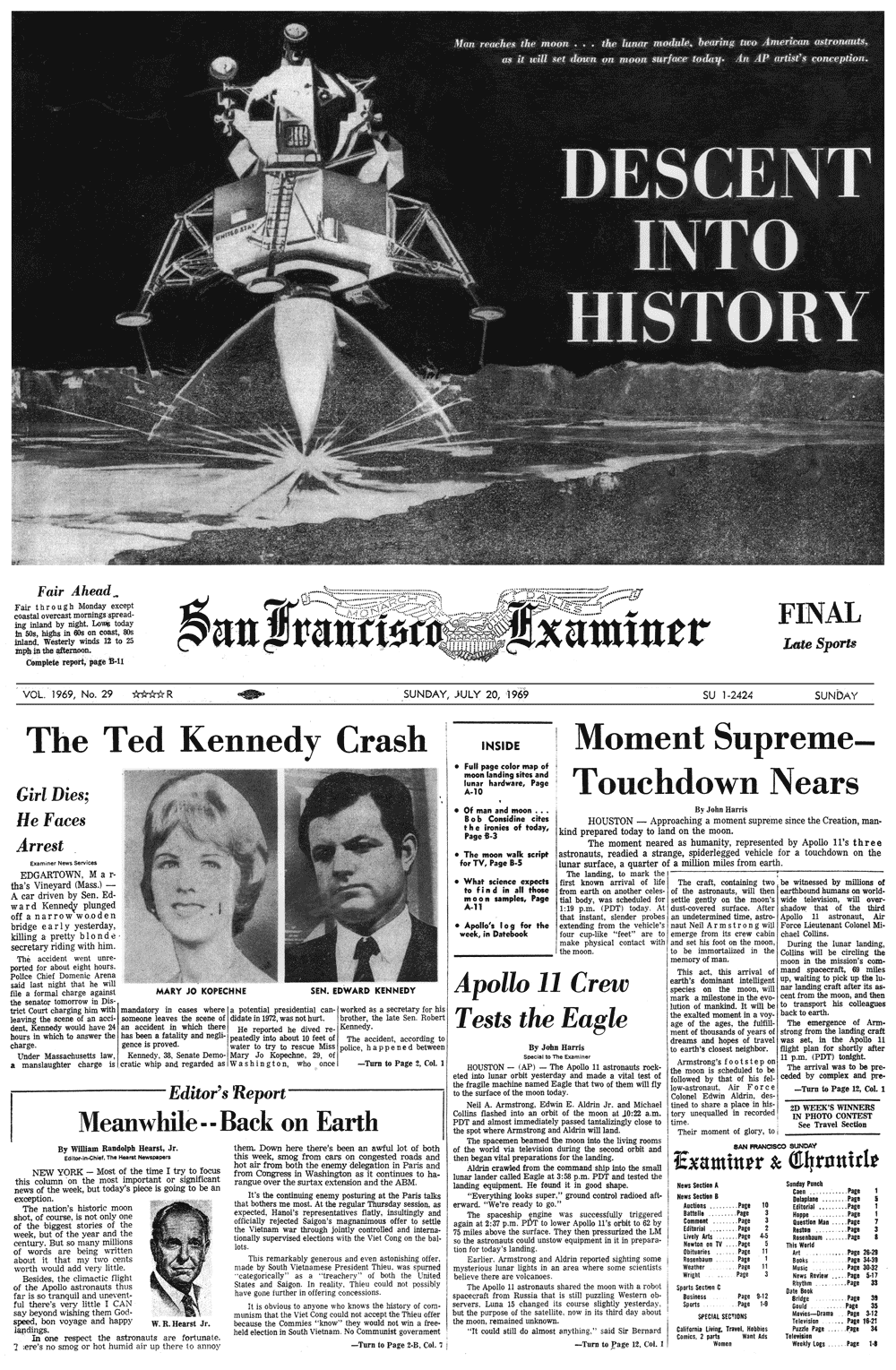 Coming up is the anniversary of the day the American astronauts of Apollo 11 did the first Moonwalk. The date was July 20, 1969.

The Russians had an early lead on us in the space race, but we surpassed them and triumphed in this spectacular last act. Huge amounts of time, treasure and technology had been spent in accomplishing such a feat. If you lived through it, you’ll never forget it.  There was lots of talk about the future course of NASA projects … what a pity that  the adventure hasn’t gone on to Mars or anywhere else. 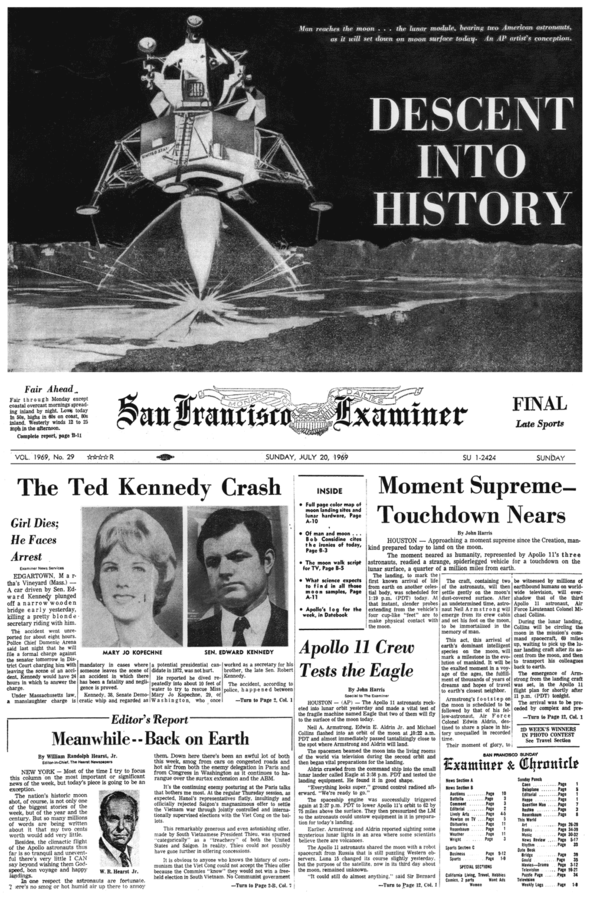 A HEARST PAPER OF 20 JULY 1969 SHOWS TEDDY KENNEDY COMPETING FOR HEADLINES WITH THE ANTICIPATED MOON LANDING LATER THAT DAY.

That Sunday, we, and millions around the world, had been watching the astronauts’ progress live on television, starting with the launch days before. Now on the Moon, Neil Armstrong set his foot down on its dusty surface at 10:56 PM EST, to the amazement of all Earthlings, forever.

Here is a selection of the comics that appeared that day. Some are long-standing favorites that continue today, while some have been discontinued but older readers may still recall them. 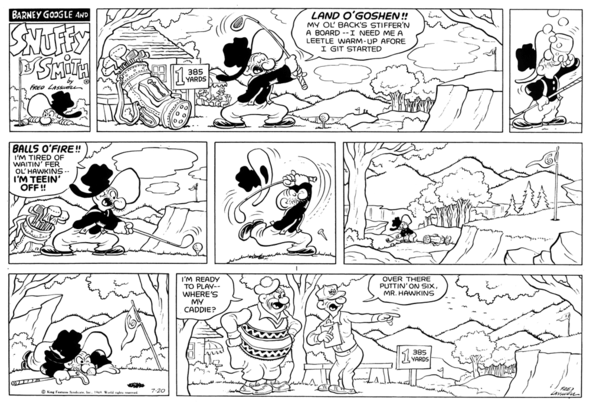 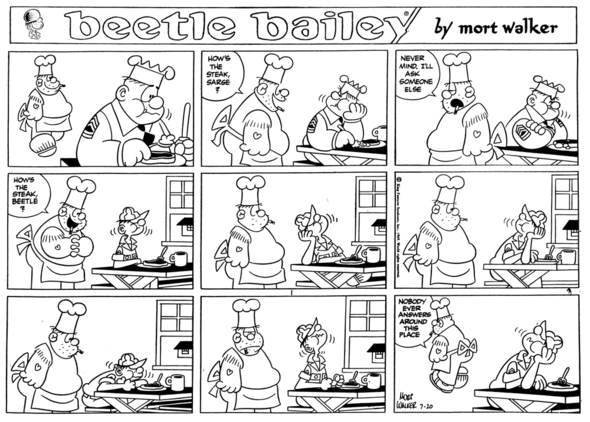 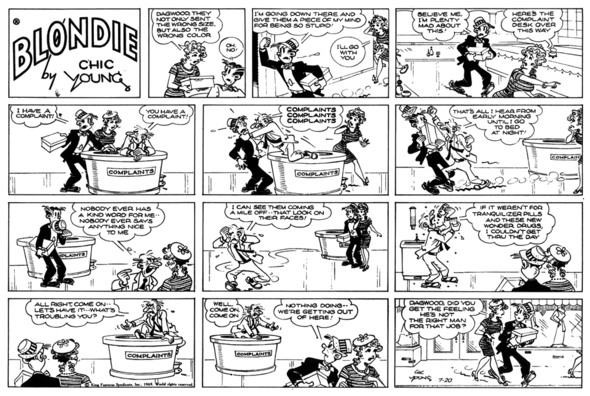 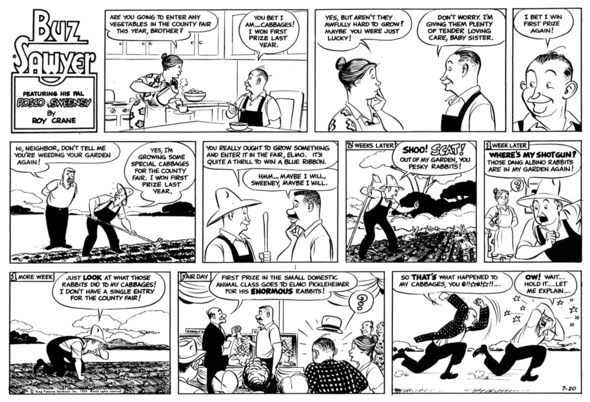 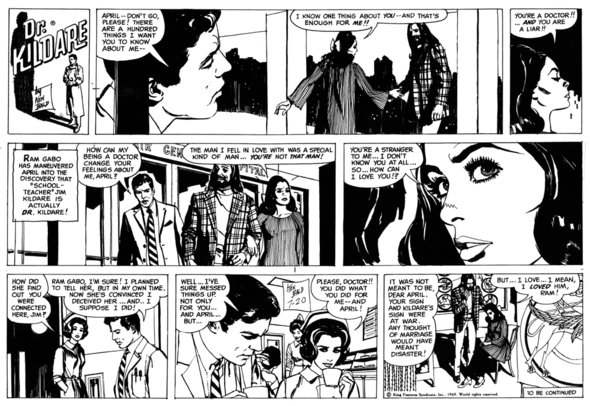 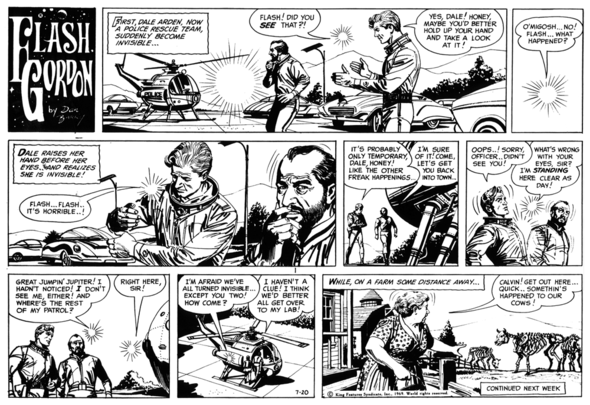 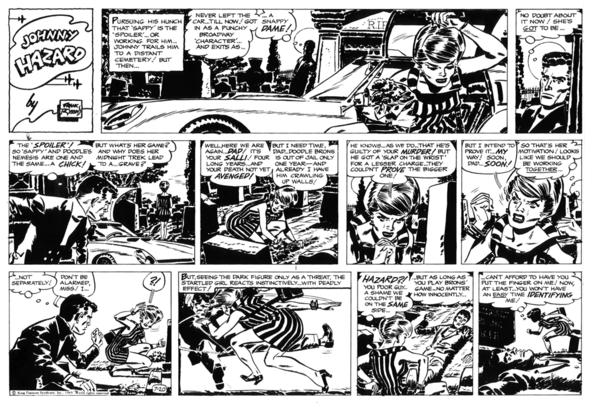 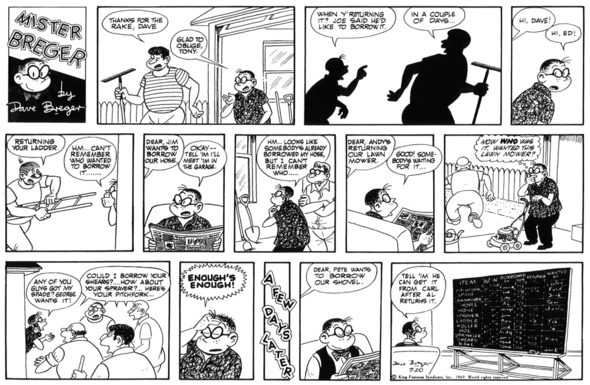 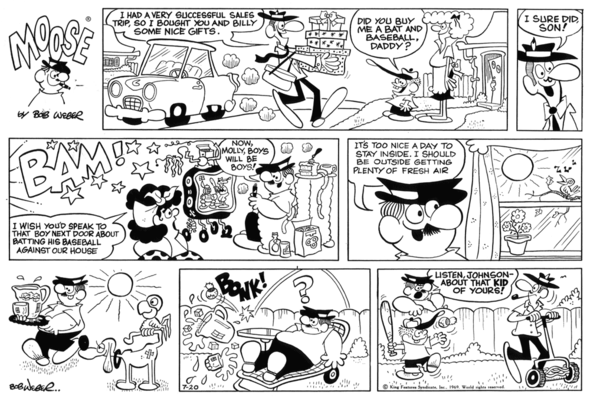 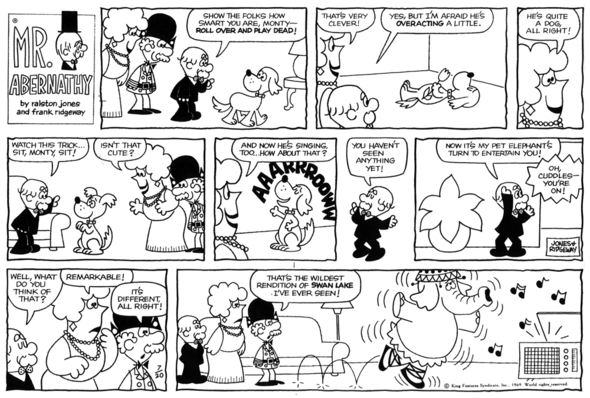 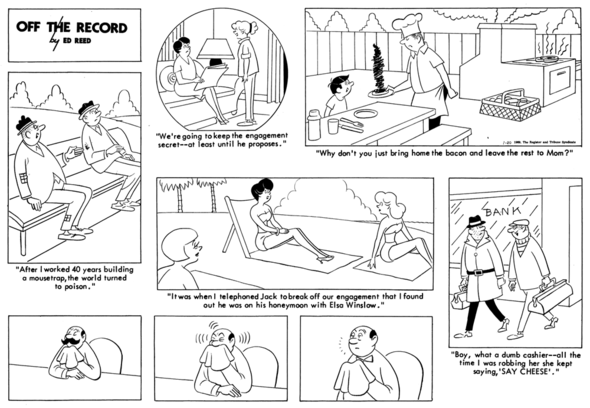 OFF THE RECORD by Ed Reed 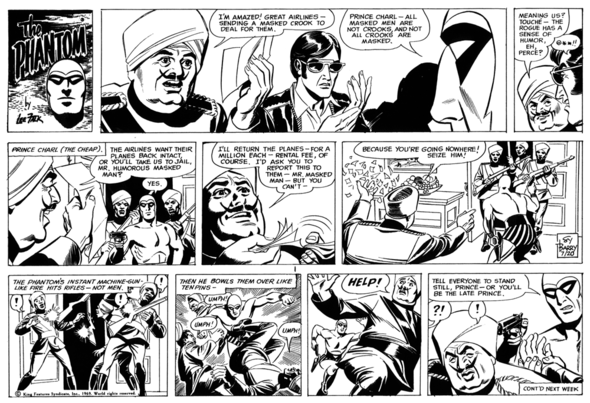 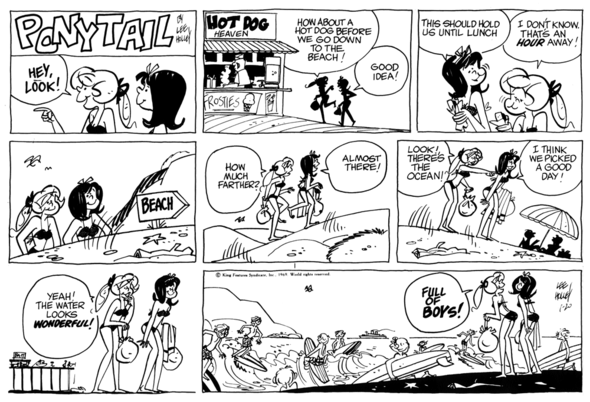 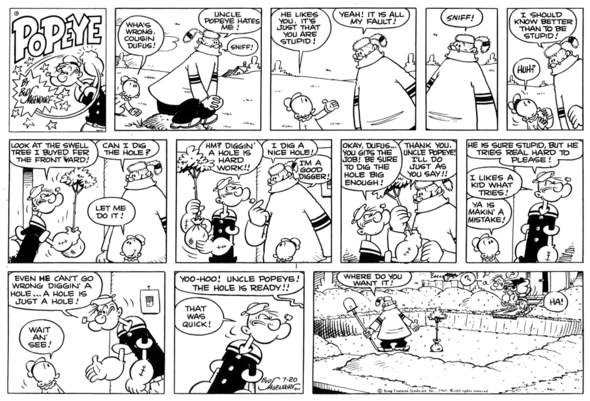 I will show some more in Part Two coming up in two weeks.

Below are some of your comments and questions from last week’s post:

To Fred Jackson:
Many people regard the Flash (and similar Buck Rogers) serials as the best ever, especially those people like my father, who were the intended original audience of 1930’s kids, who, of course, would be in a position to tell.

To pschearer:
In those days, they didn’t call it “Science Fiction,” more like “Fantasy,” part of a complete make-believe world that comic strips and fairytales inhabit.

To John W. Kennedy:
I believe in the fifties, the Flash serials made it to some TV markets, with the “Realart” beginnings because they were already converted into 16MM negatives, because I think Universal had, or thought they had, television rights. But, they were retired for some time until the completely Hearst-owned versions appeared in the 1960’s.

Yours,
THE KFS ARCHIVIST