Ask a Cartoonist: Geeking Out 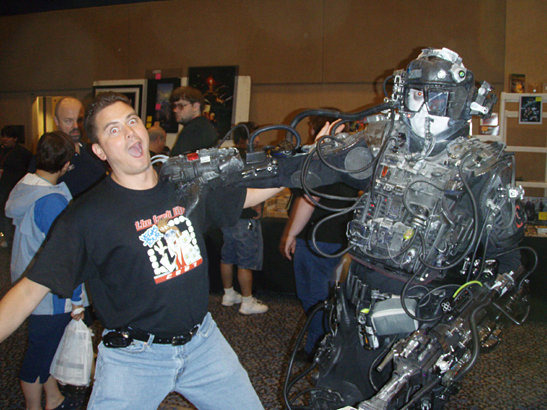 Okay. So, to have a job in comics, you have to be a little bit of a geek, right?

I know I am, unabashedly so– and I’m getting to be more of one as I get older. Funny story: about a year ago, I went to a talk on one of my favorite comic books, to listen to some world-renowned experts talk about the history of the comic, and at one point in the talk, a fan asked a question. The experts on the panel chatted amongst themselves for a minute, then looked out into the audience and said, “Tea, could you answer that?”

I’d mean it as more of a brag, but gosh, I have a lot of brainspace dedicated to comic trivia. (Probably only about a quarter of what the Archivist does, though!)

So, this week, as you all know, marks the launch of our new comic, Intelligent Life, a celebration of all things geeky! I decided to ask our cartoonists to tell us about a geeky moment in their lives or their comics!

First of all, I’d like to congratulate David Reddick on the launch of Intelligent Life! Years ago, we both worked as editorial cartoonists with Scripps Howard News Service and I have always admired his drawing style and comic wit. He’s a very talented guy! I think he’s tapped into a great concept by celebrating the “geek life” and I hope his new strip will be a big hit!

When it comes to being a geek, I am about the biggest Disney geek there is or ever will be and I have proudly passed this trait down to both of our daughters. I started going to Walt Disney World as a small child (the year it opened) and I’ve been back so many times I can’t even count! I worked at Walt Disney World for a summer between my college years and had a blast! It didn’t even feel like work to me. In fact this past spring, my family and I stayed at Disney’s new Art of Animation Resort. I spent more time talking to the Disney show artists on staff about their creative process than I did at the resort pool! I never miss a Disney movie and own most of them on DVD! I often have them playing while I’m inking my strip. –John Rose, Barney Google & Snuffy Smith

Here’s a geekfest of Sally Forth strips from Jim Keefe and Francesco Marciuliano:

All of my characters are geeks. Being smart isn’t funny so I’m stuck with an army of losers who can’t follow orders and think rules are made for them to break. That’s how America became a free country. –Mort Walker, Beetle Bailey

Dethany’s geekiest moments would of course be her recent visits to San Diego’s Comic Con. Speaking of cons, I know “Intelligent Life’s” Dave Reddick from the Dragoncons where we’ve had Artists Alley tables. –Bill Holbrook, On the Fastrack and Safe Havens

I’m a cartoonist with a biochemistry degree: my entire life is a geeky moment.–Alex Hallatt, Arctic Circle 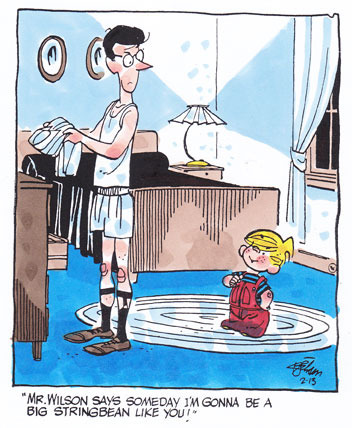 To finish the column, I’ve got an answer from David Reddick, the geek of the hour– and, of course, I’d like to welcome David to Ask a Cartoonist!

At a convention in Orlando about 5 years back, I was a guest of the con for my official Star Trek work, along with varied other Trek and scifi stars, including Jonathan Frakes (Commander Riker on TNG), a SUPER guy. Jonathan, Erick Avari (Stargate), the convention promoters, and I were all at a Denny’s for breakfast on morning. (Yes, I get to do things like have breakfast at Denny’s with Commander Riker, lol) Well, anyhoo, I started to mix some creamer into my coffee and thought I’d try to make Jonathan laugh by being a total idiot. So then I added Splenda to my cup of coffee… then I added some ketchup… then some mustard… some salsa… some pepper… salt… maple syrup… hot sauce… did I mention I threw the actual Splenda packets in WHOLE, paper and all, after I ripped ’em open? I just kept adding all this stuff… everyone was laughing their Tribbles off except Jonathan. Then I drank it. He looked like he was going to be sick. He asked one of the promoters if I had a mental problem. They told him “No, he’s a cartoonist.” Jonathan then, of course, had a good laugh and asked me if I wanted some more salsa with my coffee. I, of course, responded with a “Yes, please.”
Is that geeky enough for you? HUZZAH!! 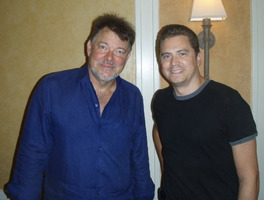 P.S. When eating breakfast with Commander Riker, after the waitress takes your order, do not ask her to “Make it so, Number 1.” Commander Riker doesn’t think that’s very funny, either. 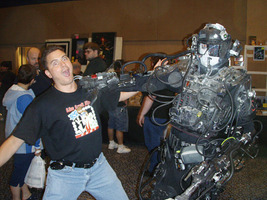