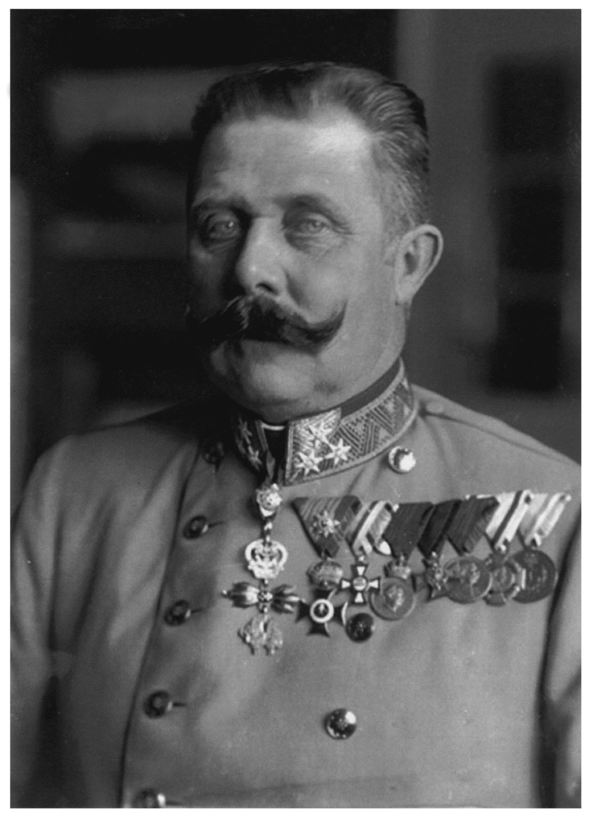 Do recognize this man? He may look a little funny, a bit  pudgy and pompous, with his exaggerated moustache and comic operetta uniform. But, he is one of the most tragic figures in history. He’s Franz Ferdinand, Archduke and heir to the throne of the Austro-Hungarian Empire.

He was assassinated by a Serbian nationalist radical in Sarajevo, Bosnia a hundred years ago, setting off a war between Serbia and the empire. Serbia was aligned with Russia, which declared war on the Austrians and their allies, the Germans, who went to war with Russia and their Allies, which included France and England.  In only a few weeks, all of Europe and much of the Middle East, were engaged in the unimagined horror an all-out, modern mechanized war. It had tanks, airplanes, poison gas, trenches, barbed wire, and rivers of blood and mud. It had a few heroic moments like Belleau Wood, but many more like the insanity of the Somme.

It was called The Great War, the World War, or even The War To End All Wars. Now it’s known only as World War One.  In 1917, America got in, but we still suffered more than 117,00 deaths and over 204,000 wounded. In all, there were more than 37 million casualties in that War, the Archduke was only the first.

On that Sunday, the innocent pre-War world had little idea that such a nightmare would soon come. In America, we read in our papers of the assassination in the front news sections, (provided it was an afternoon paper, most didn’t ). The big stories for most people that day were black heavyweight champ Jack Johnson’s defeat of his latest challenger/palooka, Frank Moran in Paris; a huge  “Flying Boat” christened America was preparing for a possible crossing of the Atlantic. (it didn’t); and Pancho Villa and Venstiano Carranza were accusing each other of spying in the seemingly endless Mexican revolution. When one tired of the day’s events, the comics section added humorous relief. Here’s a few Hearst favorites of that day in 1914. 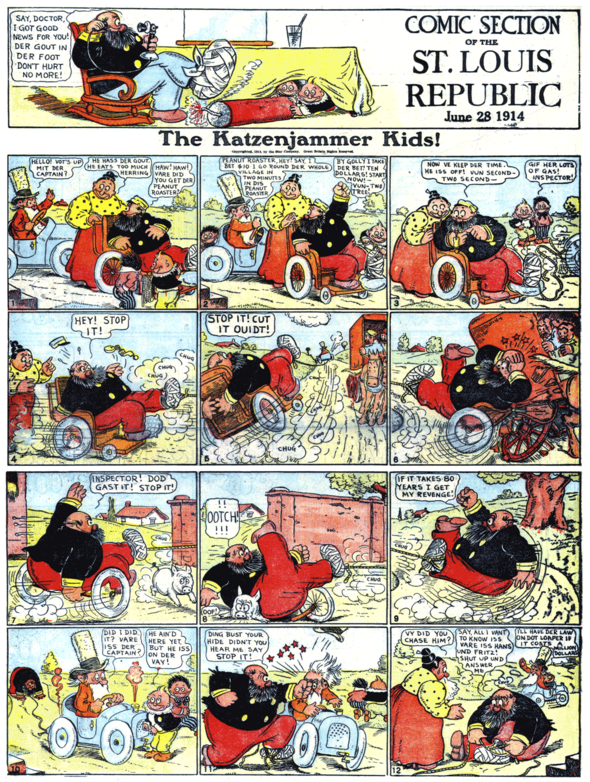 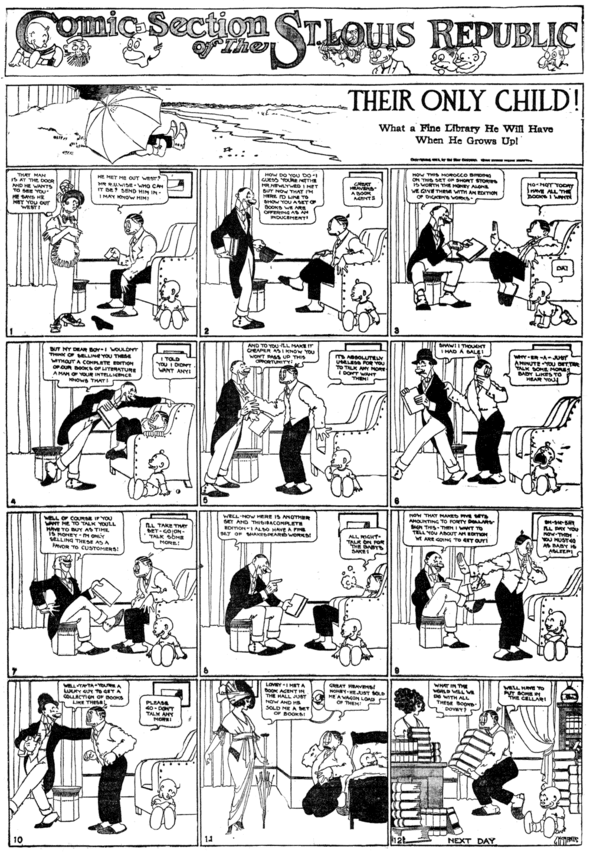 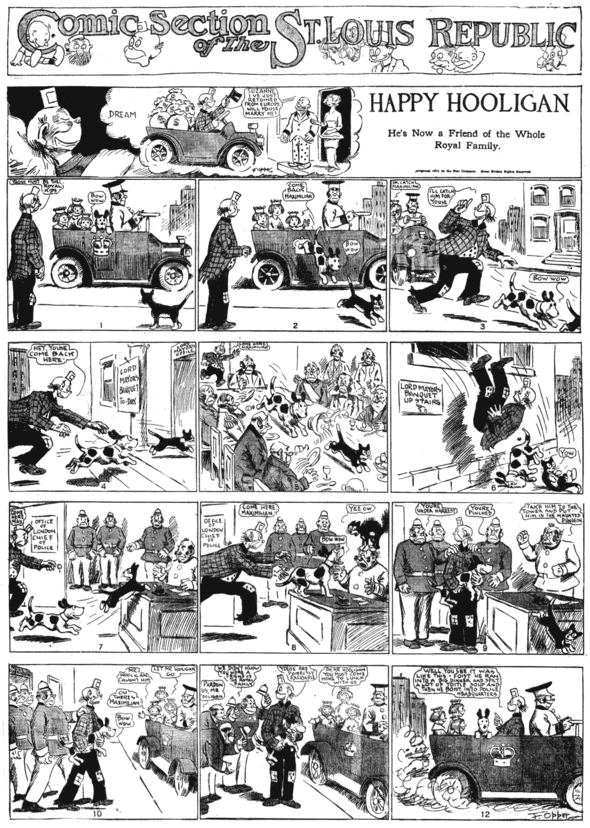 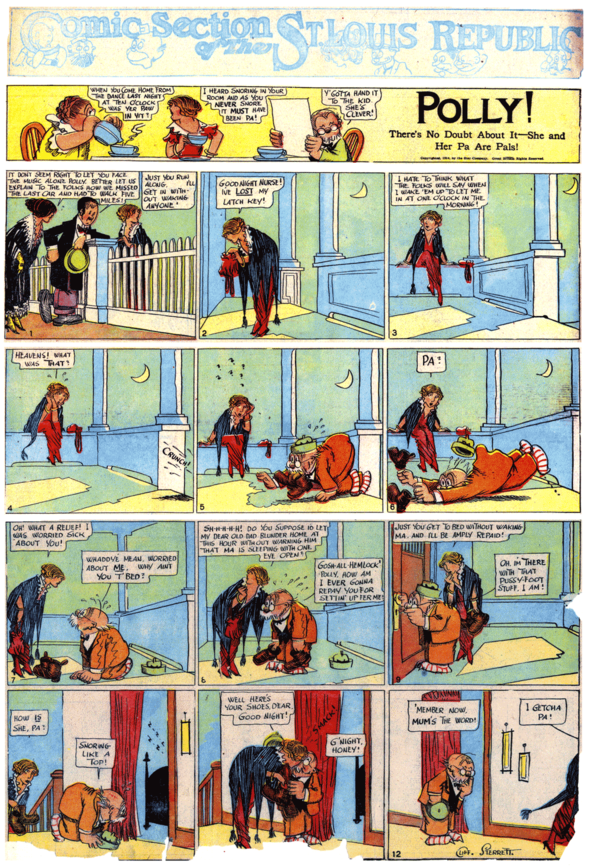 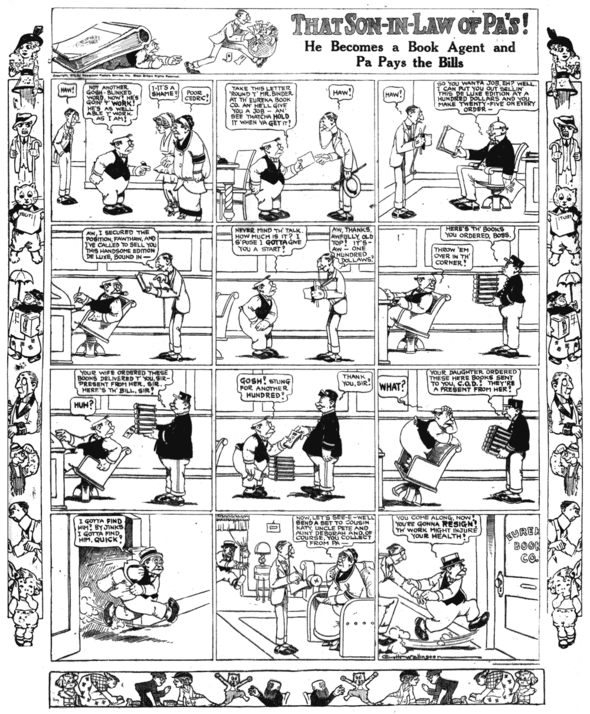 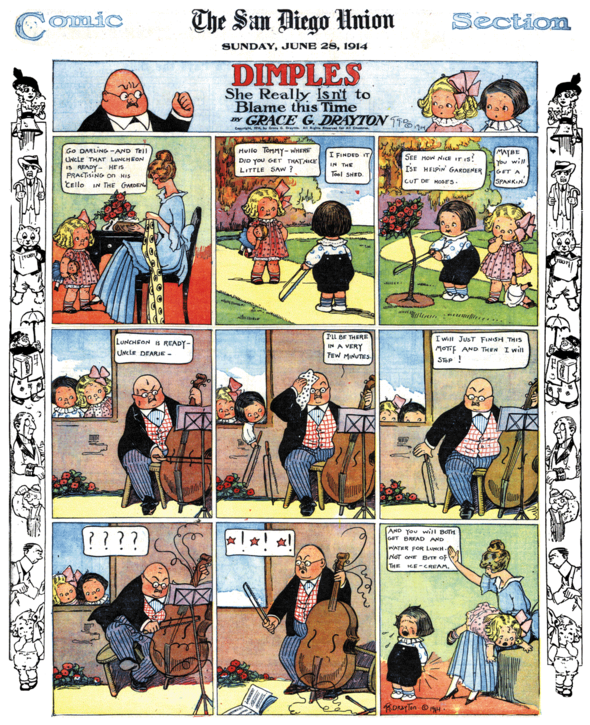 Below are some of my responses to last week’s comments:

To Picard,
We’re fearlessly un-P.C. here in the archives!

Unfortunately, this is yet another title that was not preserved in proof form until the 1930’s. I had to pick these out of personal collections.

We’ll do more DeBeck entries soon. I still have yet to show some of his Keeley Syndicate series.

It was a funny strip, the early Barney Google, but as I said last week, it did seem in some ways to be a continuation of “Married Life.” In the early 1920’s, the new trend in strips were continuities, and DeBeck had a stroke of genius with Spark Plug and the racing theme in 1922. Other strips that went from gag-a-day to comic continuity were Toots and Casper and, of course, Thimble Theatre.

Yours ’til we rendezvous here again next week,