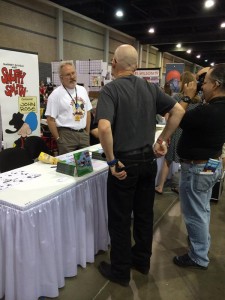 As I mentioned last week, Marcus Hamilton (Dennis The Menace) and I were among the guest cartoonists at HeroesCon in Charlotte, NC.  It was my very first ComicCon and, as far as I could tell, everyone had a bodacious time!  Here are some of my photographic highlights of the weekend: 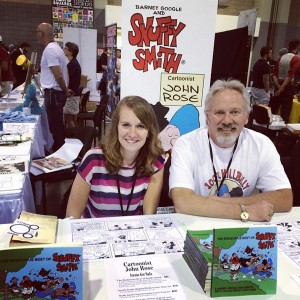 Our daughter, Meredith, accompanied me to HeroesCon and helped out at the booth.  She was a  tremendous help! 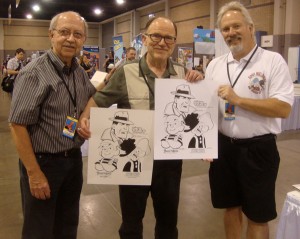 I was truly honored when asked to create two drawings with Marcus Hamilton (left) and Joe Staton (middle). Hamilton draws the Dennis The Menace dailies, as I mentioned earlier, and Staton draws the Dick Tracy comic strip. We did two “jam” drawings featuring Dennis, Snuffy and Tracy for the auction.  What a joy it was for me to work with these two amazing artists! 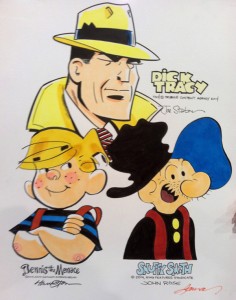 One of the original drawings was colored and we left the other black and  white.  We prepared these drawings ahead of time.  Marcus drew Dennis and mailed it to me.  I drew Snuffy and mailed it to Joe.  Joe drew Tracy and brought it with him to HeroesCon.  We were excited to see the final art when Joe arrived! 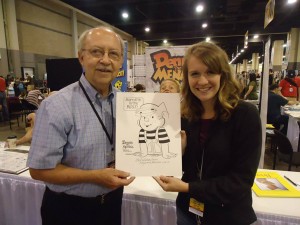 Marcus drew a special drawing for Meredith because of all the help she was to both of us over the weekend. The Dennis booth and the Snuffy booth were next to each other. She was thrilled! 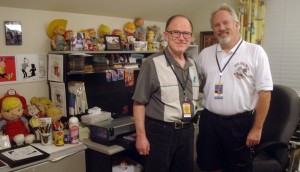 One evening, Marcus (who lives near Charlotte), showed true southern hospitality and took Joe and I back to his Dennis The Menace studio! It is filled with lots of Dennis memorabilia and, of course, bee-yoo-ti-ful art! 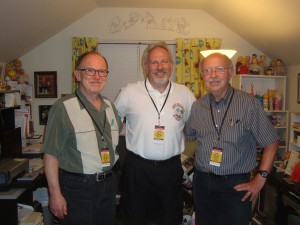 Another shot of Joe, myself and Marcus in his Dennis studio.  What an incredible weekend!   I was so fortunate to get to spend some time with these two cartooning legends.  I also really enjoyed talking to many Barney Google and Snuffy Smith fans and meeting many other talented cartoonists for the first time.  If you haven’t been to HeroesCon, try to make it there next year.  You’ll be glad you did!