MANDRAKE THE MAGICIAN has remained a fan favorite since the strip first appeared in newspapers on June 11, 1934. 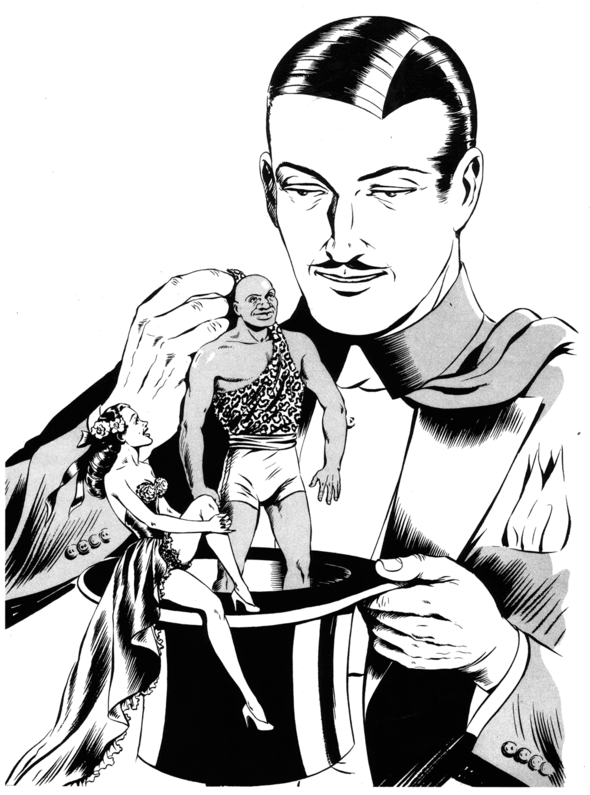 I have extensively covered the dapper magician’s adventures in my “Archivist” posts. This week, I treat you to my “Best of Mandrake” series which includes links to all of my previous MANDRAKE THE MAGICIAN posts.

Happy Anniversary, Mandrake! You don’t look a day over forty!

Moving on to reader comments …

To Mike Smith:
R. J. Scott, a very prolific man,was working back to the World War One era, up to the 1960’s, and did editorials and news feature art as well. I’ll do a blog on him this year. I have a lot of his material.

To yolo:
Another human dynamo of recent years was Bill Hoest, who was doing daily and Sunday Lockhorns, daily and SundayAgatha Crumm, and daily What a Guy! for us, and “Howard Huge” for the Sunday Parade magazine all at the same time.

To Timothy Fisher, Danidarc:
Always glad to give a salute to American heroes, in and out of wartime, and to offer some historical perspective, even a small one. I’ll give you another historical day collection soon.