A Message to Fans As Mallard Fillmore Turns 20! 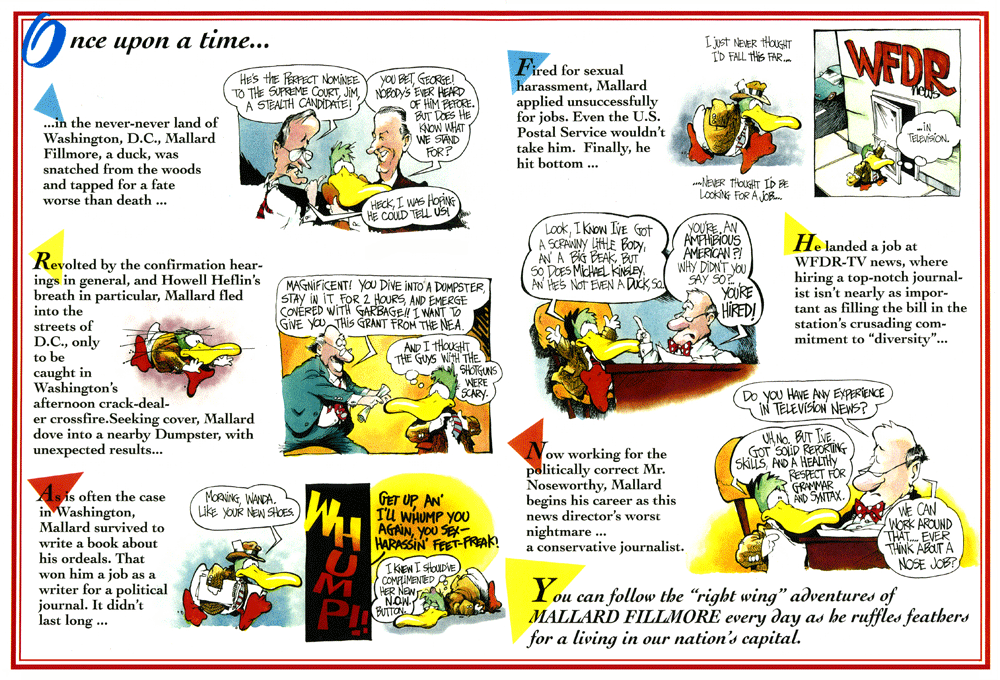 Mallard Fillmore first waddled on the comics scene on June 6, 1994, attracting the attention of many conservative newspapers, and even some liberal ones too.

I want to take this opportunity to say, “Thanks, Mallard fans!”

I can’t believe it was 20 years ago today that Mallard first appeared in newspapers all over the country. Most of the editors who took a chance on Mallard were worried that it would be “too controversial.” They didn’t “get it.” You did. You, loyal fans, who wrote and called your local papers to say you liked Mallard kept my little comic strip going, and have done so for 20 years now.

As long as you still want me, I’ll keep my end of the bargain; to bring you the stuff you won’t often see in the rest of your paper, and stick up for you: the average hard-working, tax-paying, individual-liberties-loving Americans, who sometimes feel like they’re on the endangered species list.

Below is Mallard Fillmore’s origin story.