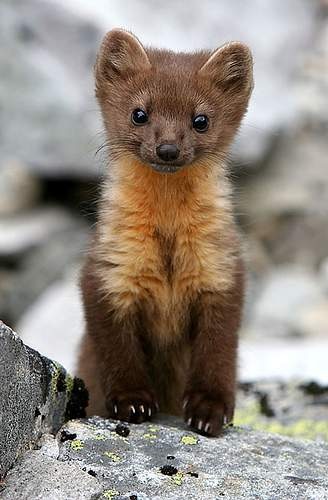 Someone asked about the brushes I use to draw Zits. Here’s a brief answer, previously published in Ask A Cartoonist on the Comics Kingdom website:

This little fella has made my professional life possible. He’s a Kolinsky red sable, a weasel really, who leads a spartan lifestyle in the Siberian wild. Ain’t he a cutie?

The Kolinsky’s tail hairs are uniquely supple and strong, and when expertly fashioned in the talented hands of the women on the lines of the Winsor & Newton factory in England, conspire to form the dreamy Series 7 Number 3 red sable brush.

It’s the brush I’ve used to draw virtually every line in my forty-year career as an editorial and comic strip cartoonist. If you care for it lovingly those critical hairs at the point will last three or four months in peak form before losing a bit of their spring and a couple miles an hour off their fastball and being relegated to a spot in the bullpen.