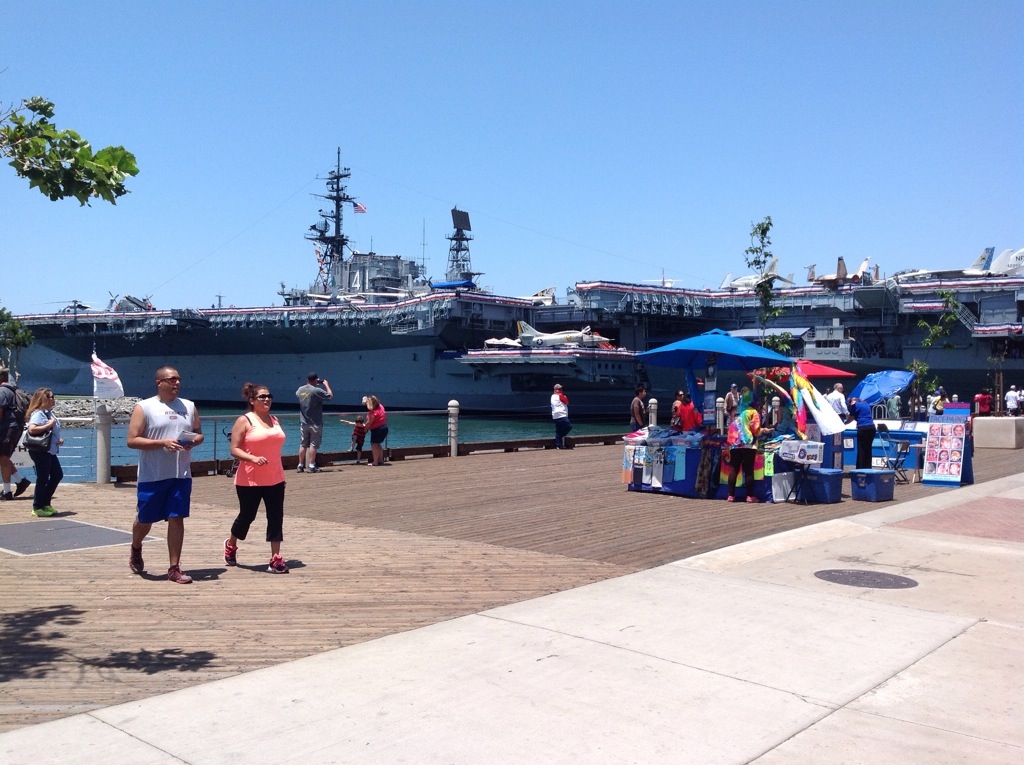 Anchors Aweigh! We Cartoonists spent the day aboard the USS Midway, first drawing for museum goers for donations to aid our nation’s veterans, and later, to party on the Midway’s flight deck to close out this year’s Reubens.

But before that, a bus load of attendees drew cartoons to entertain wounded warriors and their families in hospital and rehab.

Thanks to NCS president, Tom Richmond (and his lovely Anna) for another outstanding Reuben weekend. 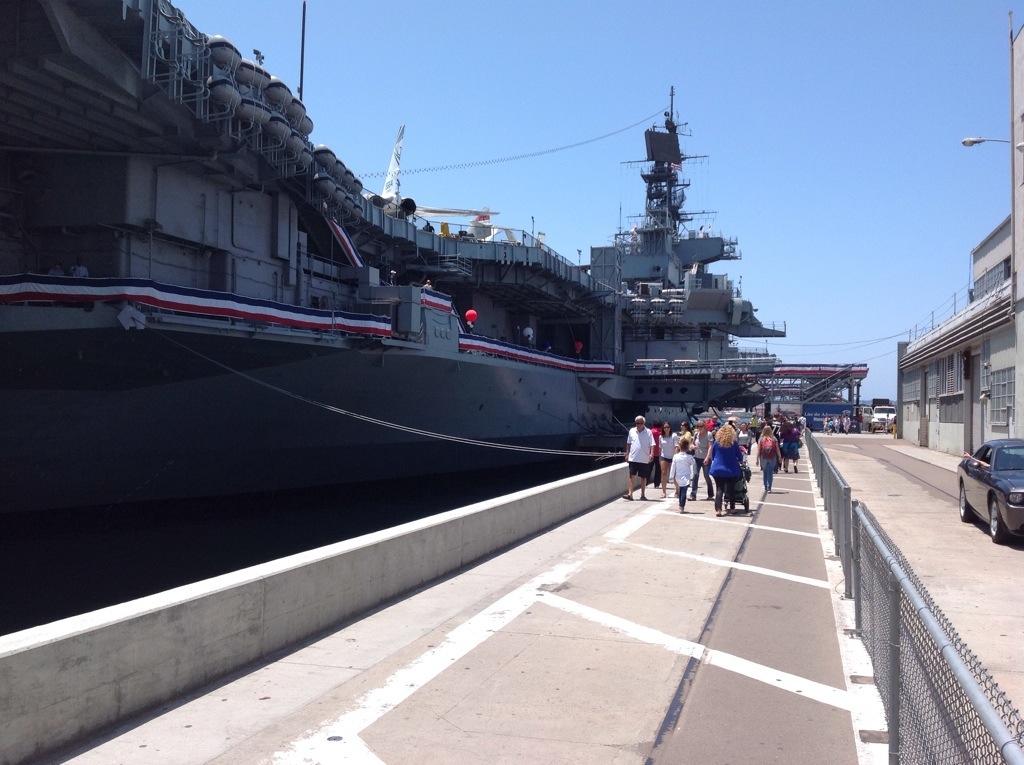 The Mighty Midway lies ready to be boarded by marauding cartoonists. 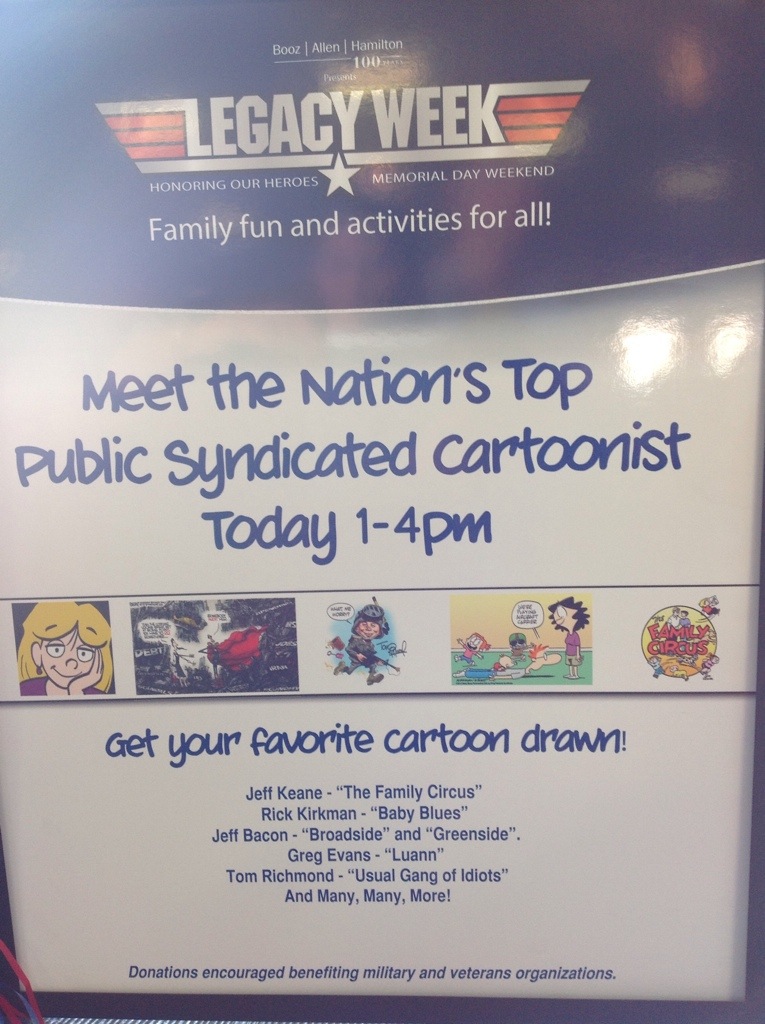 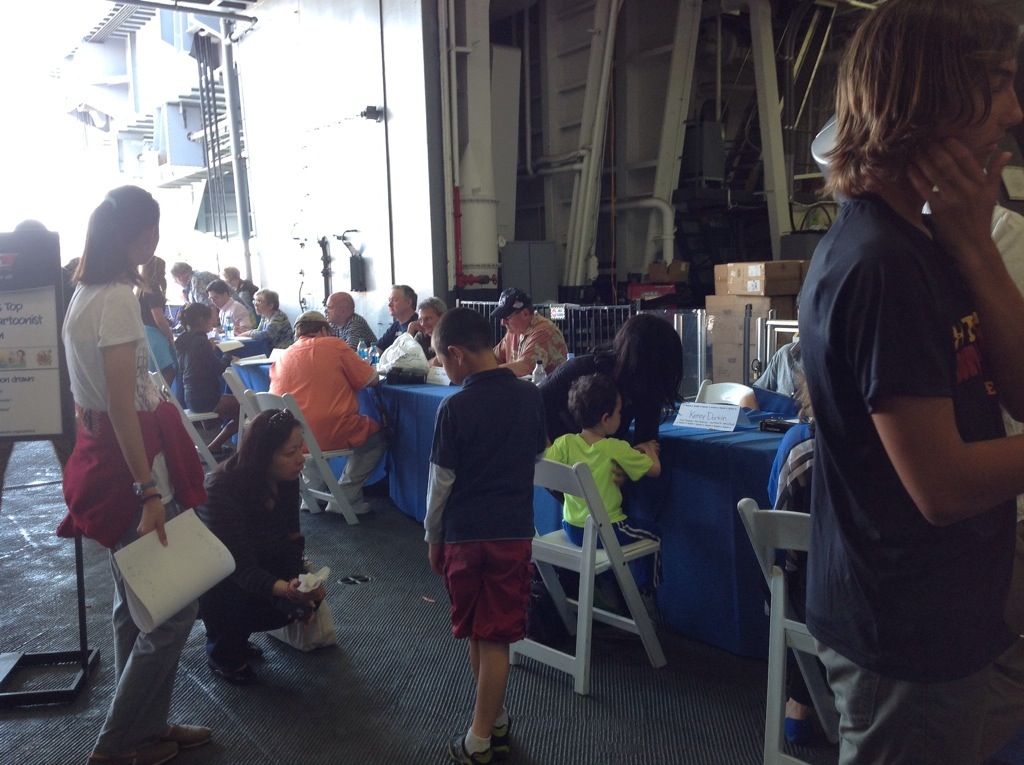 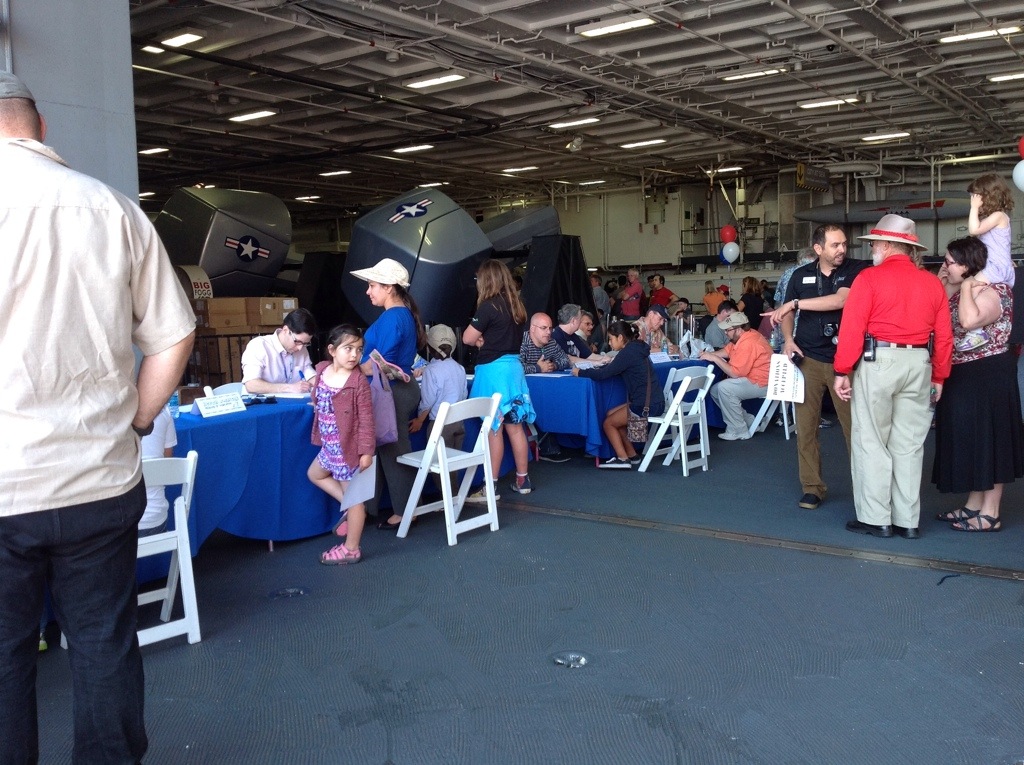 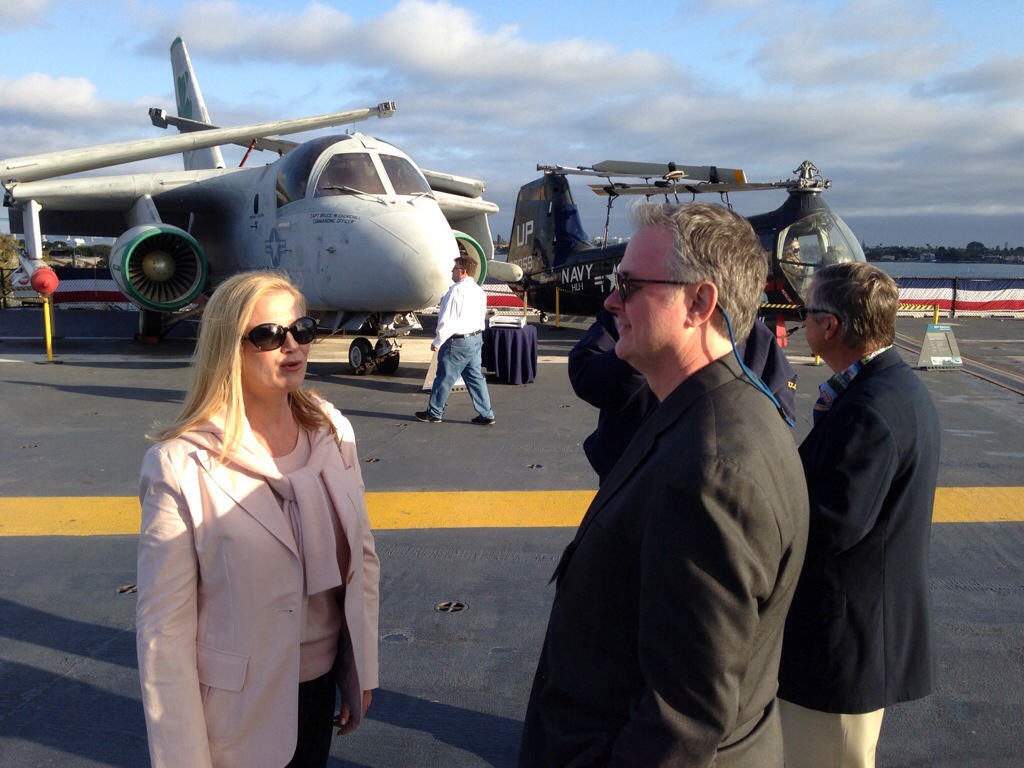 Steve does his best Major Kong bomb ride impression. Wish the lighting was better on this one.

Steve does one last drawing to salute the troops.