Do you recall our visit to James Swinnerton’s Little Jimmy earlier this year? Click here to revisit the conversation. Today, we will take a second look, to commemorate another centennial. It’s been 100 years since Jimmy’s father got home from the circus.

Back on June 22, 1913, Jimmy’s Dad appears in a parade. Apparently, he’s in some kind of lodge costume, and the actual reason for a parade isn’t given, but as there’s a side show nearby. I’m guessing the circus is in town. In those days, when a show came to  town, a big, flashy procession of the performers and animals in fancy cages would follow from the railroad yard to the fairgrounds where the Big Tent would await.

Swinnerton must have been a Big Top fan, because he then had Mr. Thompson have an urge to see the entire circus the next week. Jimmy and his pals come along, but as usual get into mischief that results in a painful adventure for his father. If it’s a big show, you can’t see everything in one day. For the next ten months, Daddy gets his wish to see everything, getting clobbered by clowns, acrobats, lions and tigers, freaks and vendors along the way. One wonders if his original interest had waned considerably. 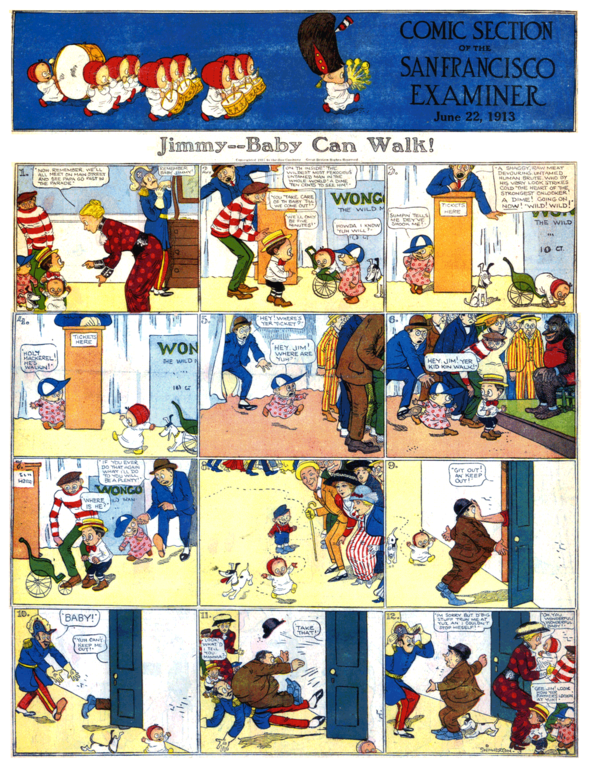 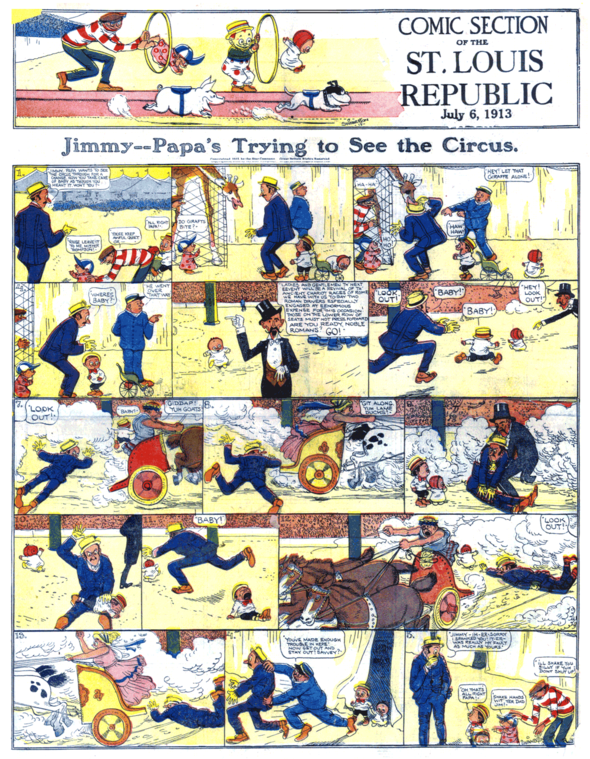 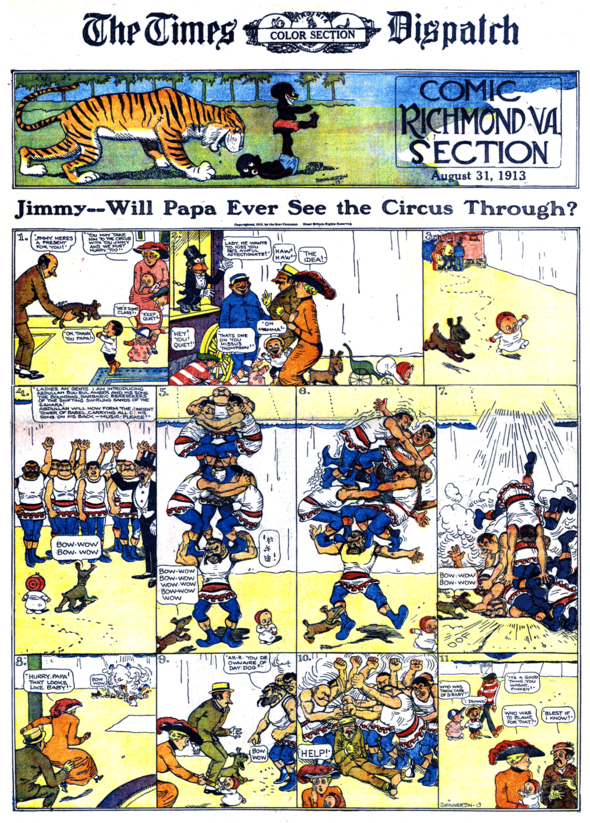 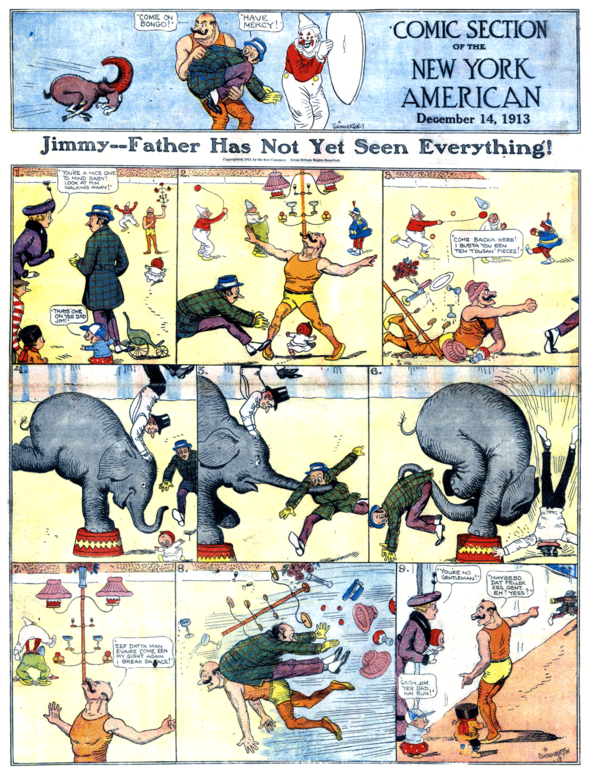 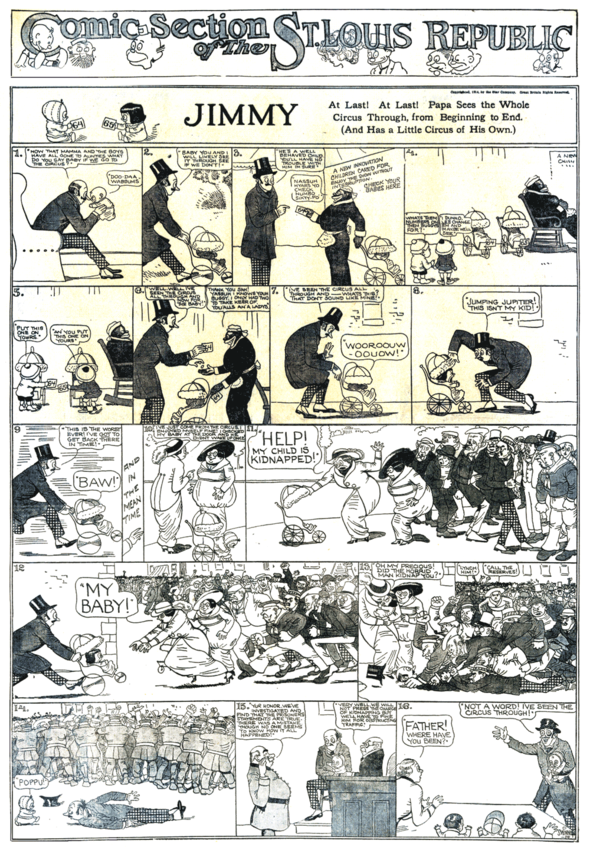 Finally, on 19 April 1914, he finally had his fill and at last returned home.

Moving on, below is an answer to a reader’s question about last week’s edition of AtA:

I never saw many papers that took No Comment. I actually can’t think of one. Yahan Shirvanian  was a well-known gag cartoonist in the post-War years, often contributing to magazines and syndicated Sunday supplements like “Family Weekly.” Yet, his only attempt at a daily strip was surprisingly unsuccessful. It’s too bad, No Comment was not a bad series. Several Brimstone paperback collections came out, even after the strip ended.

Yours until next time,