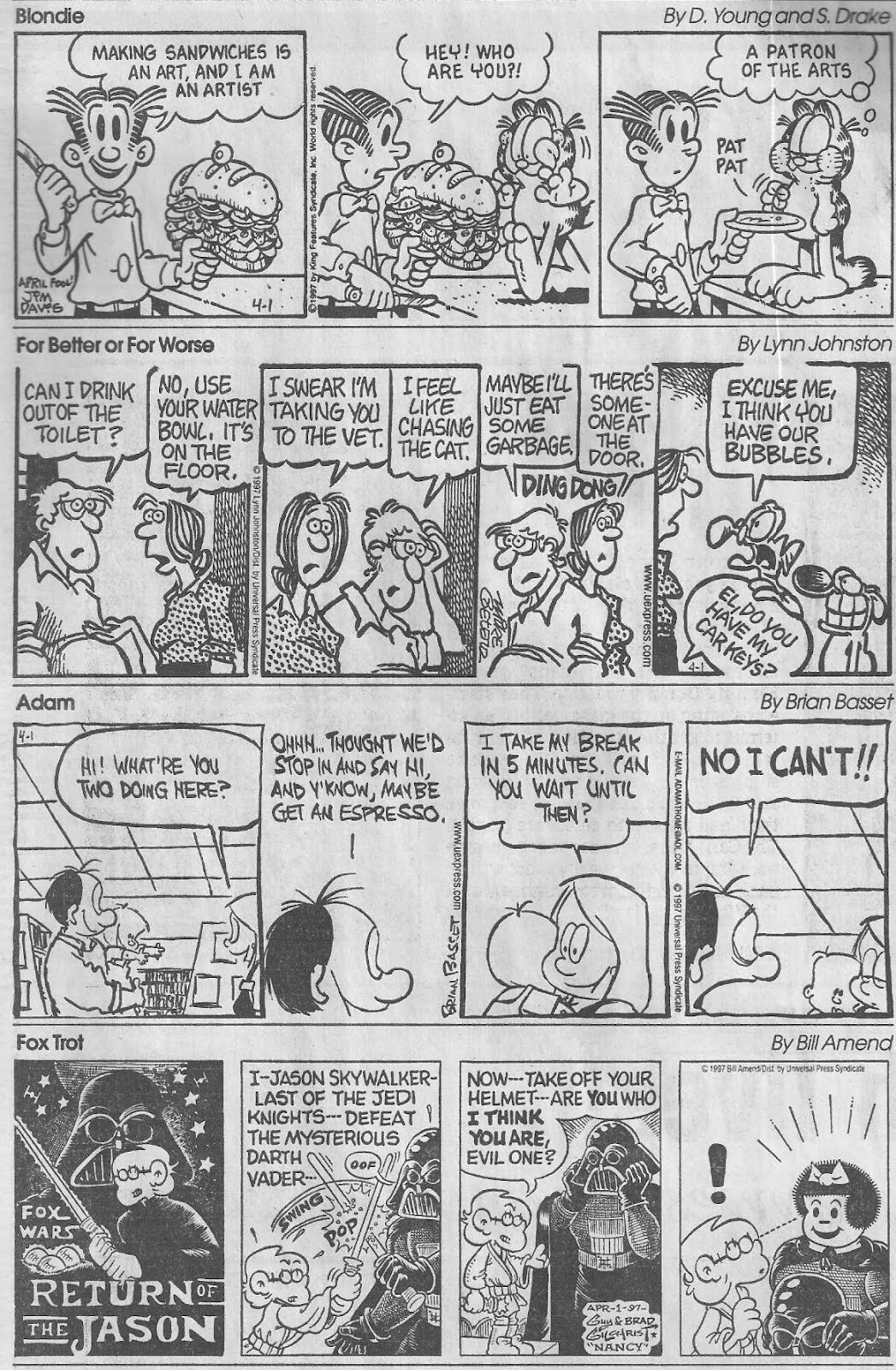 Happy April Fools Day! Anyone remember the Great Comic Strip Switcheroo of 1997? The prank was masterminded by Rick Kirkman and Jerry Scott, creators of “Baby Blues” fame. The boys sent out letters to comics creators, and they were surprised by the response.

A lot of matchmaking then took place, and on April 1, 1997 the funnies pages surprised readers and editors alike.

Here are a few samples. (I was an assistant on “Blondie” then. I lettered and inked the “Garfield” strip in picture two.) 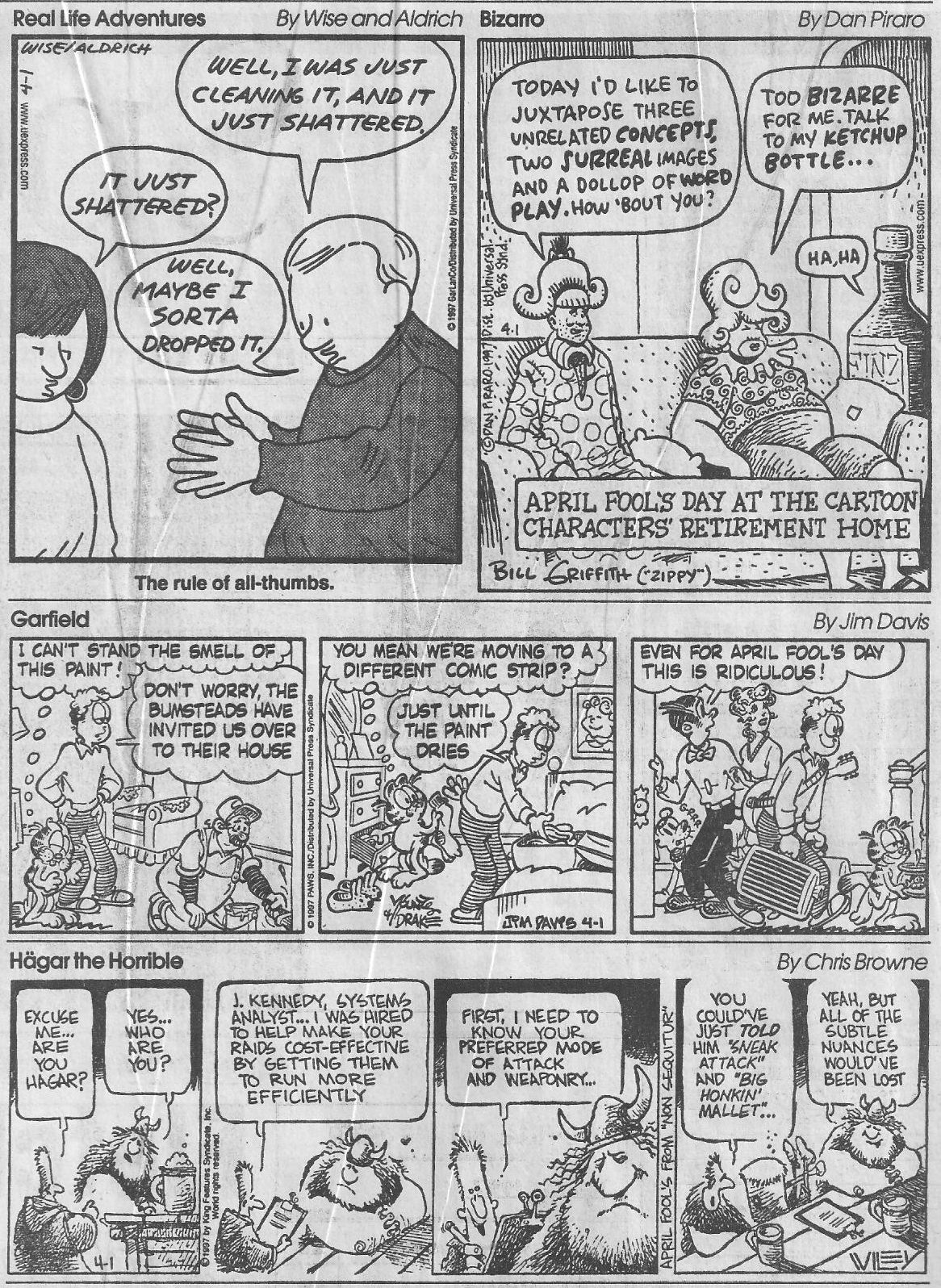 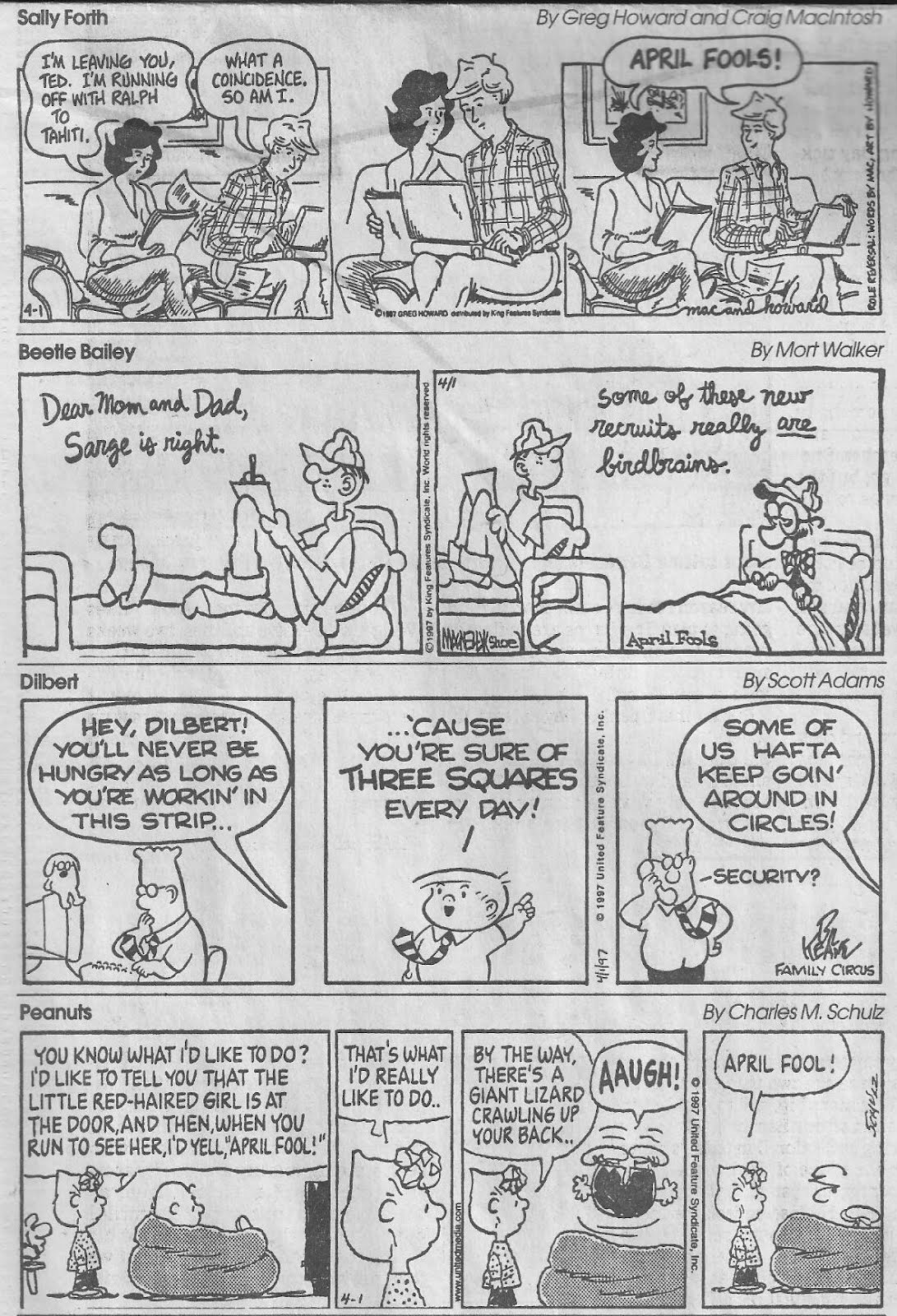