Taking A Trip Down Memory Lane 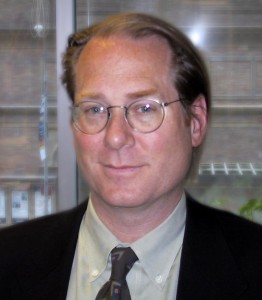 I know I’m terrible at this “blog” thing, and I’m sorry I haven’t updated it lately.  I could give you a bunch of excuses, but I guess it really boils down to “Life happens,” just as it does for you.

King Features, which syndicates Mallard Fillmore, has a weekly blog feature called “Ask A Cartoonist.” You can find it here. Recently, one of the writers of the blog asked those King Features’ cartoonists who worked with Jay Kennedy, the late Editor in Chief at King Features, to share their memories of him. Jay Kennedy was simply one of my best editors ever. Jay was the person, other than my family, who I talked most to, for 14 years, until his untimely death. I loved our conversations and I really, really miss him. He is responsible for Mallard’s syndication, so I thought I would include my memory of Jay here on my blog.

My favorite memory of Jay isn’t one memory. It’s of the several-times-weekly conversations we had, starting long before I was syndicated. His politics were as far from Mallard’s and mine as possible. To sum them up, he once told me that one of HIS favorite memories was of being patted on the head by Eleanor Roosevelt when he was a little boy. His parents had taken him to Hyde Park, where she was to make an appearance, and encouraged him to crawl under other people’s legs to get to the front of the crowd. As she passed, she patted him “right on the head!,” he would say, as if he’d been blessed by a goddess. We liked to live down to our stereotypes of each other; he could be really picky about what he ate and drank, and proudly told me that his mom not only made separate meals for the family’s adults and children, but different meals for each picky child. “Does that complete your mental picture of my liberal, permissive upbringing?,” he’d ask.

Our regular conversations had begun because, for the first year or so of my syndication, Jay wanted me to clear every cartoon with him before I inked it, lest I become the first cartoonist in history to lose 400 newspapers on the same day. Those editing sessions would ineluctably become conversations about everything from politics to car-bodies (we both longed to someday design them, and shared the conviction that, for every beautiful car on the road, there are at least fifty hideous ones), to the time he, on a lark, ran for, and was elected, student body president at Wisconsin, and proceeded to blow the entire student budget on covering the school lawn with plastic pink flamingos. Again, he took pride in reinforcing my notion of the sort of thing liberals like to spend other people’s money on. He could, it seemed, talk knowledgeably about practically anything, while questioning most everything, including himself.

Heck, I met him because he wanted to take a chance on a right-wing, knuckle-dragging conservative comic strip.

Jay Kennedy started out as my editor, and became my good friend.