Ask a Cartoonist: Signs of Spring 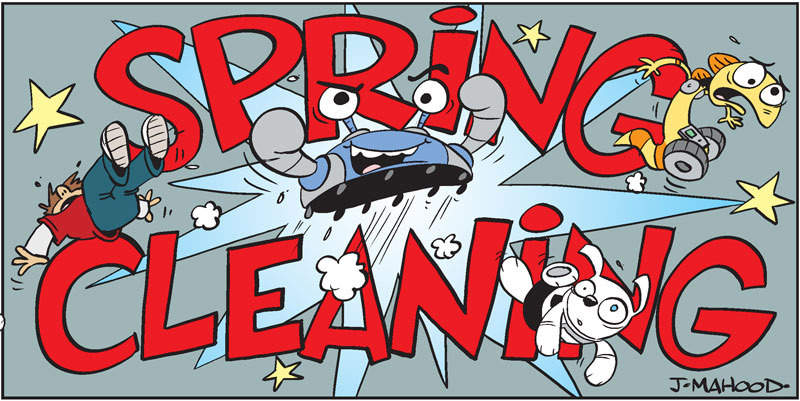 Spring is, as the old saying goes, just around the corner– at least, we’re pretty sure it is, as long as the Polar Vortex isn’t a wormhole into a frosty dimension with longer winters than Game of Thrones…and I’m extremely excited about the possibility of no longer wearing three coats to work.

For a while, we were pretty sure Ming the Merciless had pointed a freeze ray at the East Coast of the United States, so here’s to hoping Flash Gordon can do something about that, and then maybe the temperature will rise above 60 degrees again…one day.  ONE DAY. 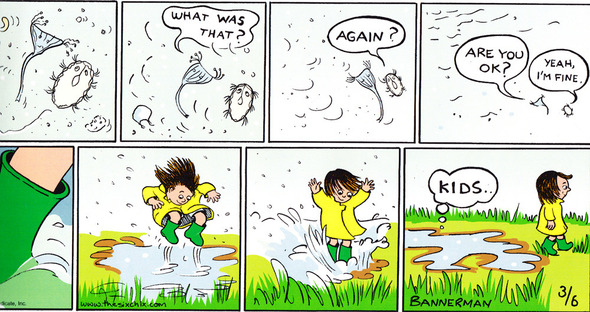 I suffer from a garden variety of SAD syndrome and winter is tough on my spirits. I count the days through December and January until pitchers and catchers report to spring training sometime in mid-February. Baseball carries me through the last gasps of winter and then on through the joys of summer. My favorite thing about spring is the sound of Marty Brennaman announcing Reds games as I draw late in the evening. –Jim Borgman, Zits

My favorite thing about Spring is … it’s NOT winter, though you’d never know it, here in NH where the snow is still higher than my mailbox! I grew up in NY with a real Spring and daffodils were the first sign. Here the daffodils are lucky if they get to bloom in June! 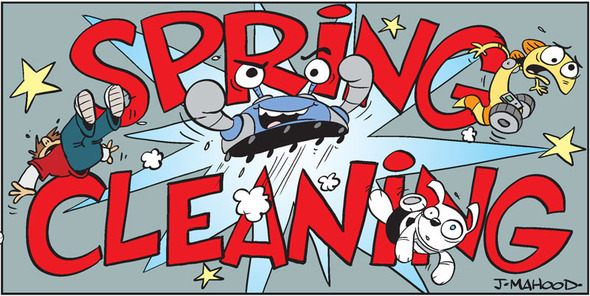 My favourite thing is reciting a poem my mum taught me:

Spring has sprung,
the grass is ris,
I wonder how the boidees is
The little boid is on the wing,
but how absurd,
the little wing should be on the boid!

For Dustin and his dad, spring means all things golf. 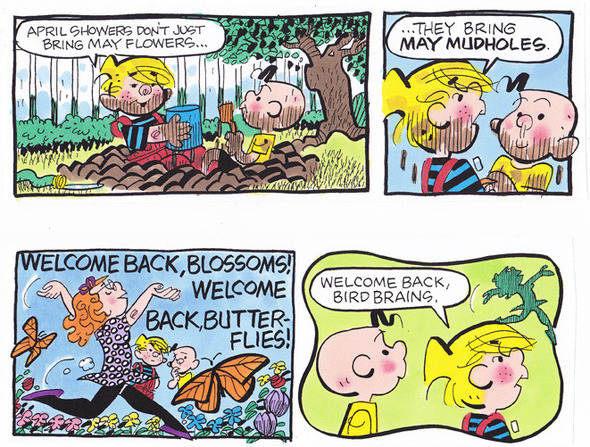