This week, based on the results from our Vintage Expansion survey, we are starting to run the favorite vintage strip “Boner’s Ark,” both the Dailies and Sundays. Below is The Archivist’s outlook on this vintage classic!

Another new face in our Vintage lineup begins today, as Mort Walker’s “Boner’s Ark” lights up the screen. Boner was a latter day Noah, or perhaps a Noah wannabe, because he was especially unsuited for the task. His many blunders began with fumbling the first and foremost task — he only brought one of each species. His crew and passengers had little respect for him, and that includes his wife Bubbles, as they took a frustrating 32-year cruise (1968-2000) together. See more strips and a more extensive blog about the strip HERE. 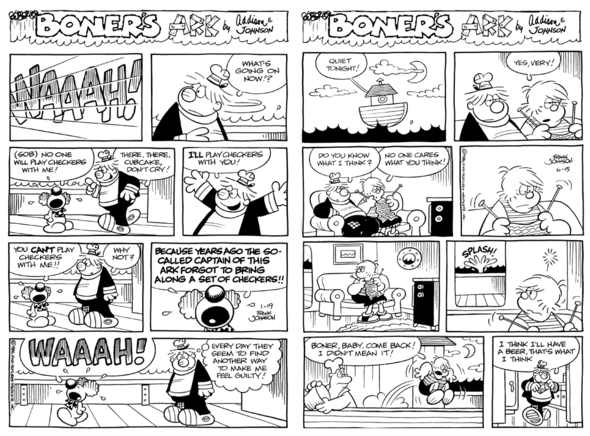 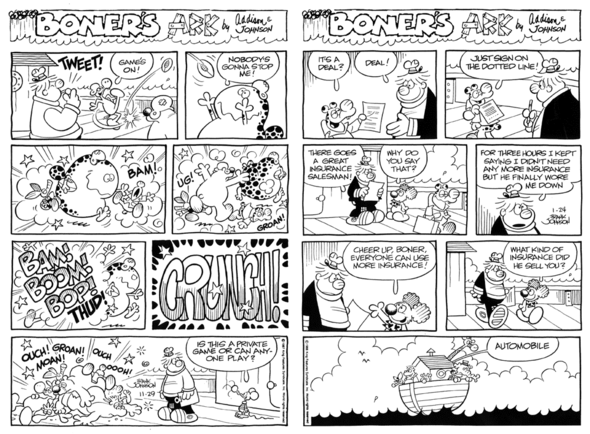 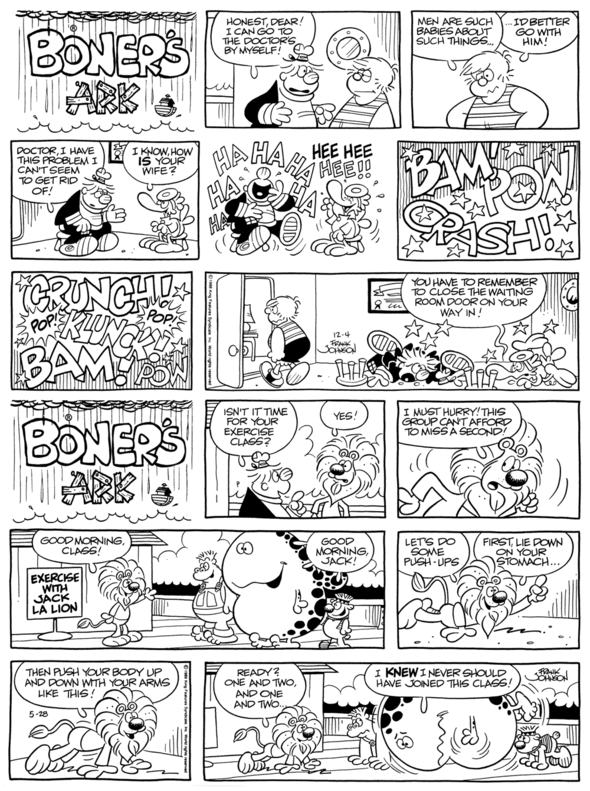 ABOVE ARE SOME 1980’s SUNDAY ADVENTURES OF BONER’S ARK, DRAWN BY FRANK JOHNSON.

Moving along to reader comments:

To Timothy Fisher:
I always felt “Redeye” was a funny strip. They’re like the Hekawis in the classic sitcom, “F TROOP.”