Some Pictures From Wilderness Wildlife Week… 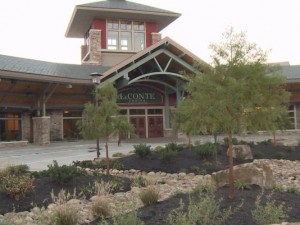 As I mentioned in an earlier blog post, I was a featured guest at this year’s Wilderness Wildlife Week in beautiful Pigeon Forge, Tennessee in late January.  I thought I’d share some pictures from the event…

This is the brand new LeConte Center where the week long event was held. 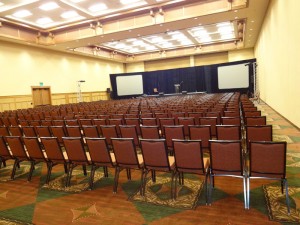 This is the conference room where I had my Snuffy Smith Chalk Talk. Trust me, a crowd did show up! 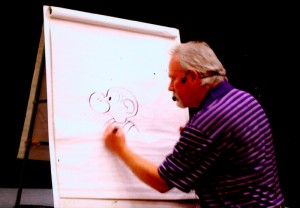 Here I am sketching Snuffy for the crowd in the conference room shown above. 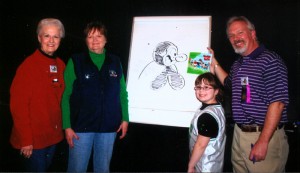 These two ladies on the left wanted their picture with my sketch of Loweezy because they said they were both named Louise after Loweezy in the Barney Google and Snuffy Smith comic strip! One of their granddaughters joined us in the photo, too.

This cute group of children wanted a photo with my Snuffy sketch I did during the Children’s Cartooning Workshop.  So they joined me at my booth in the vendor area afterwards for a picture.