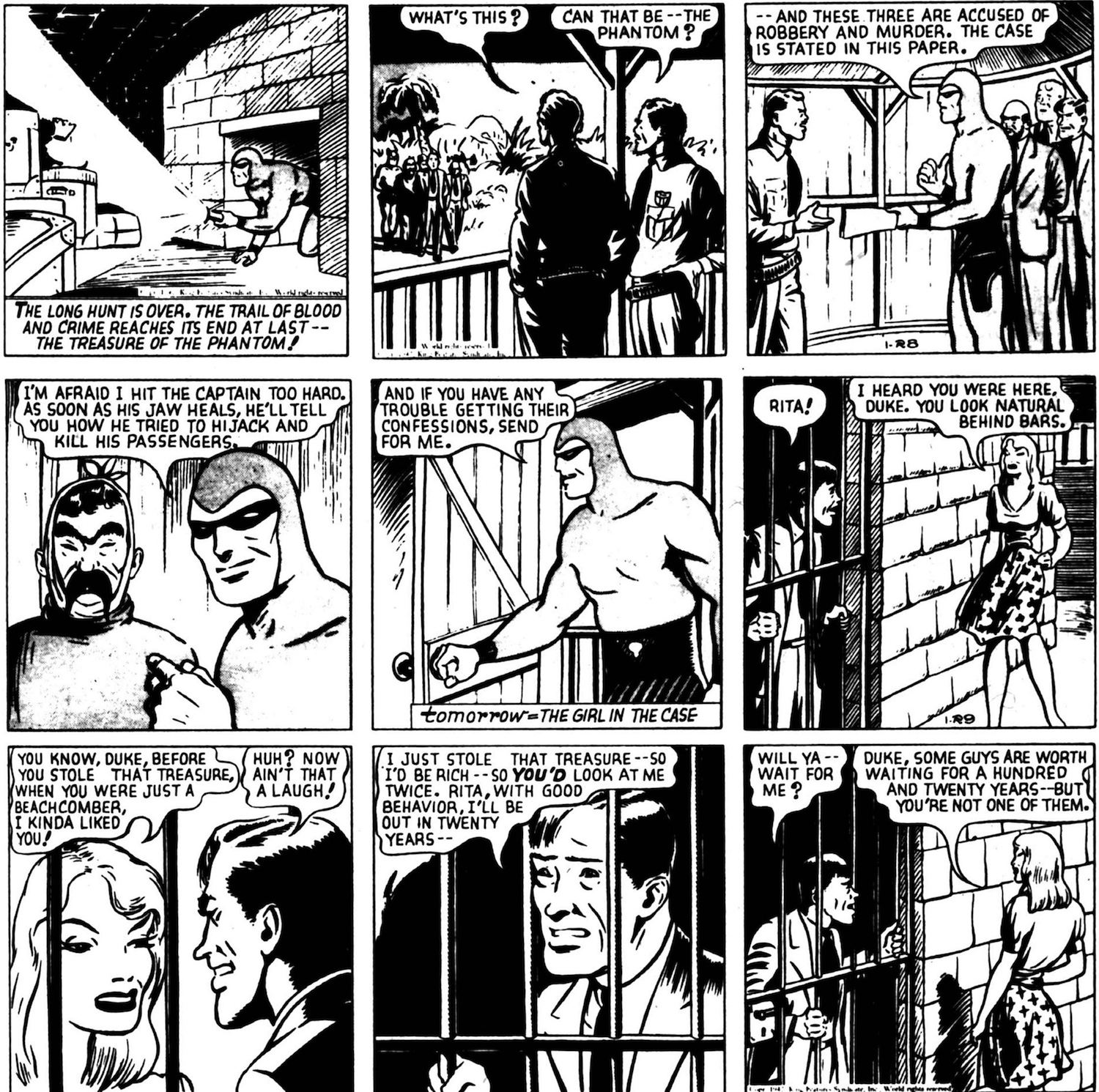 It’s not often that outsiders get to see the treasures of antiquity guarded by the Ghost Who Walks. In 1941, with Ray Moore at the drawing board, a gang of thugs and layabouts took advantage of the Phantom’s absence, did battle with the Bandar and looted Skull Cave. The Phantom knew he was on the right trail when he saw a Chinese emperor’s 2,000-year-old necklace hanging around the pretty neck of Rita, known in those days as a swell dame, a real doll. It all ended badly for the gang, as you may imagine. 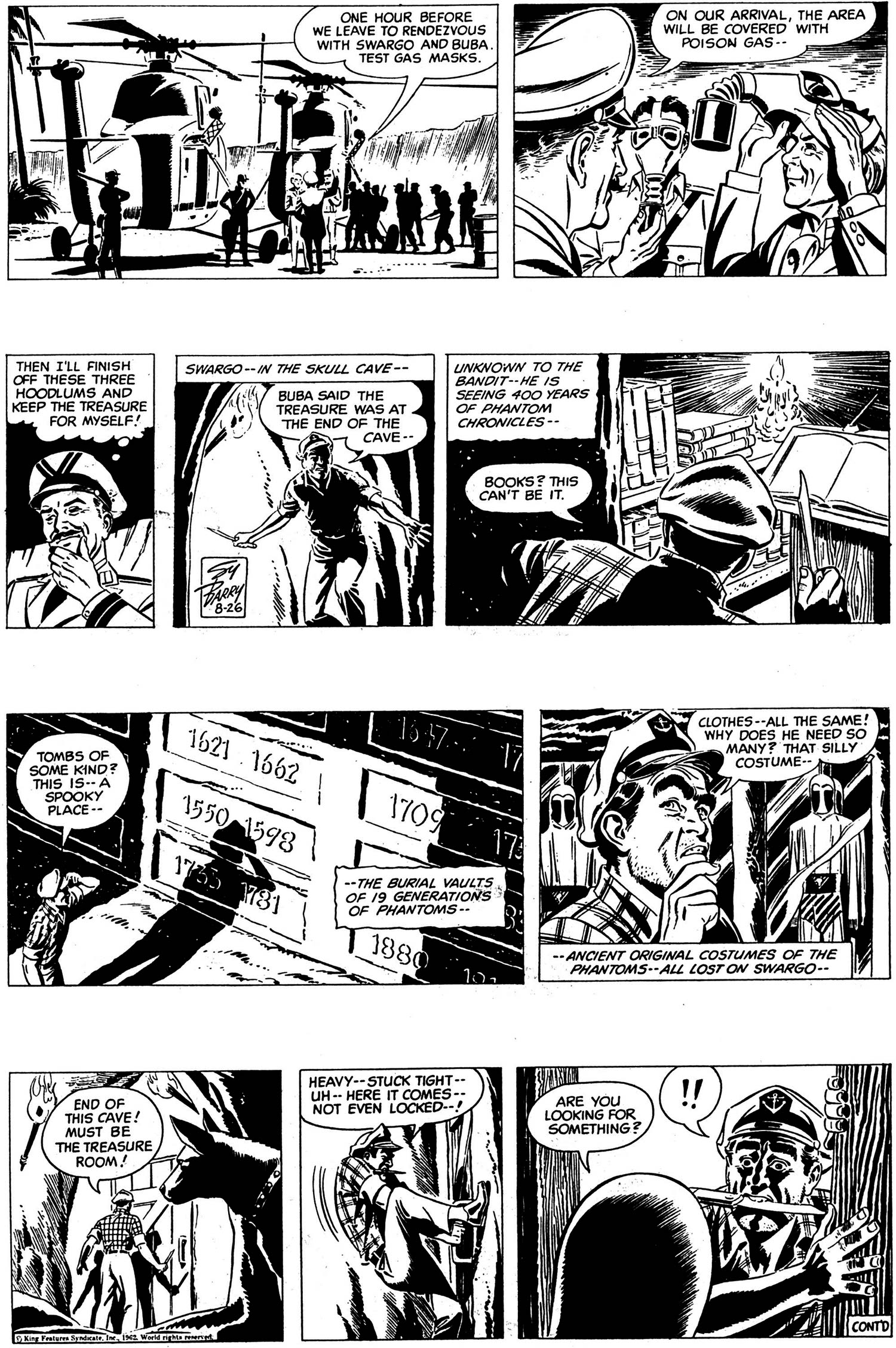 Notice how even-tempered the Phantom is, despite the snooping. No Voice of the angry Phantom chills the blood (Old Jungle Saying). He even gives the interloper a tour of the Major Treasure Room before dealing with him and his cohorts.

Some of the things Lara Bell will see in the next several weeks were disclosed in that 1962 story. But be on the lookout for a few treasures that the great Lee Falk chose not to reveal at that time!