Editor’s Dispatch: From the Desk Of…

Happy Martin Luther King, Jr., Day to our fellow US readers.  We hope you’re enjoying your day off by relaxing with some comics.

I’d like to take a moment today to think about someone very near and dear to our hearts at King Features, the great Ted Shearer, a pioneer of African-American cartooning who wrote and illustrated the classic comic Quincy, which you can find right here in our Vintage section.

Ted Shearer was not only a great cartoonist, but an illustrator, advertising art director, painter, and World War II veteran.  Quincy is one of my favorite comics about childhood– there’s a very New York flavor to his work that really resonates with me as someone who also grew up here.

Take some time to check out Quincy if you haven’t yet.

We were so excited by Wednesday’s Ask a Cartoonist post about our cartoonists’ workspaces that the Comics Kingdom team decided to take some photos of our own desks!  Not as exciting as the cartoonists’, but hey, it was fun! 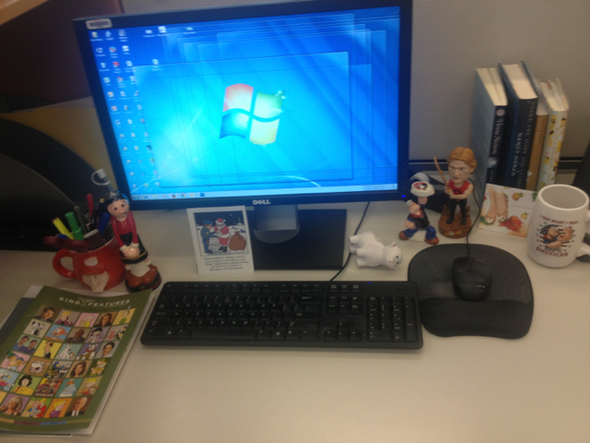 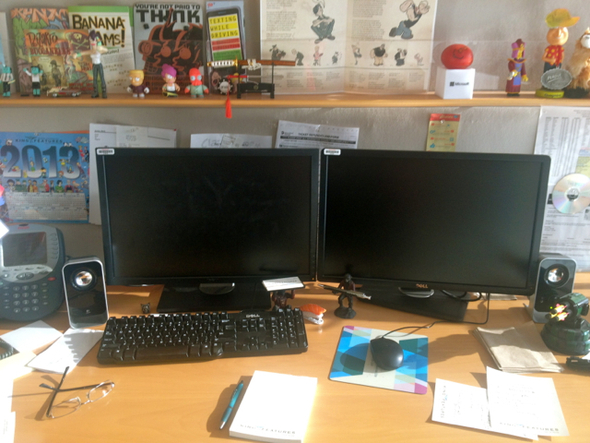 And, last but not least, mine: 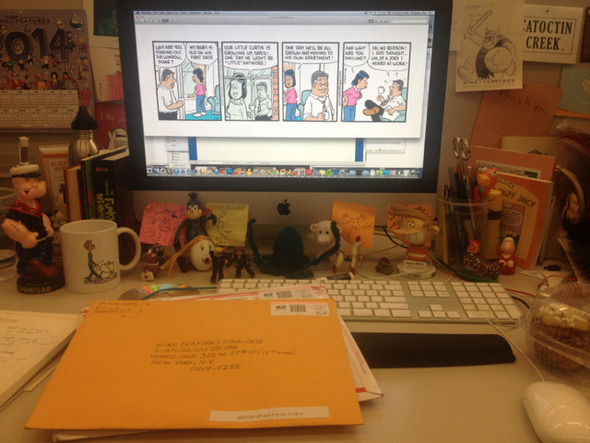 (see if you can name all the King Features characters making an appearance in this photo!)

Have a great week!