Greetings from sunny
Oh, who are we kidding? If you’re in North America, you know exactly what the weather’s been like this last week.

On Tuesday, it was so cold, that my face froze on my way home. My.  Face.  Froze.  Seriously.  And this was after I was bundled up with two hats and three scarves.

It seems like our editorial cartoonists have been pretty chilly this week, too– since there have been a whole bunch of fine cartoons chronicling the fact that the entire United States feels like the freezer section at Western Beef.

Let’s see what we’ve got in our goodie bag!

Working at King Features Syndicate, you learn that generally, when something is affecting such a large portion of the planet on such an epic scale, there’s usually one cause: 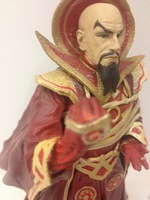 Yep!  That’s right: Ming The Merciless, Ruler of the Universe and Scourge of the Fifteenth Floor.  Obviously, he’s finally perfected his stolen weather machine and unleashed it on the unsuspecting denizens of earth.

This is even worse than the time that he tried to usurp the coffee machine. 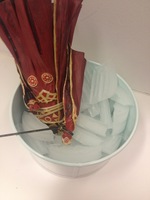 I think I could hear him shouting after me that I would crumble beneath his wrath, but, ehh, he’s only about six inches tall.

Till next time!  Stay warm!