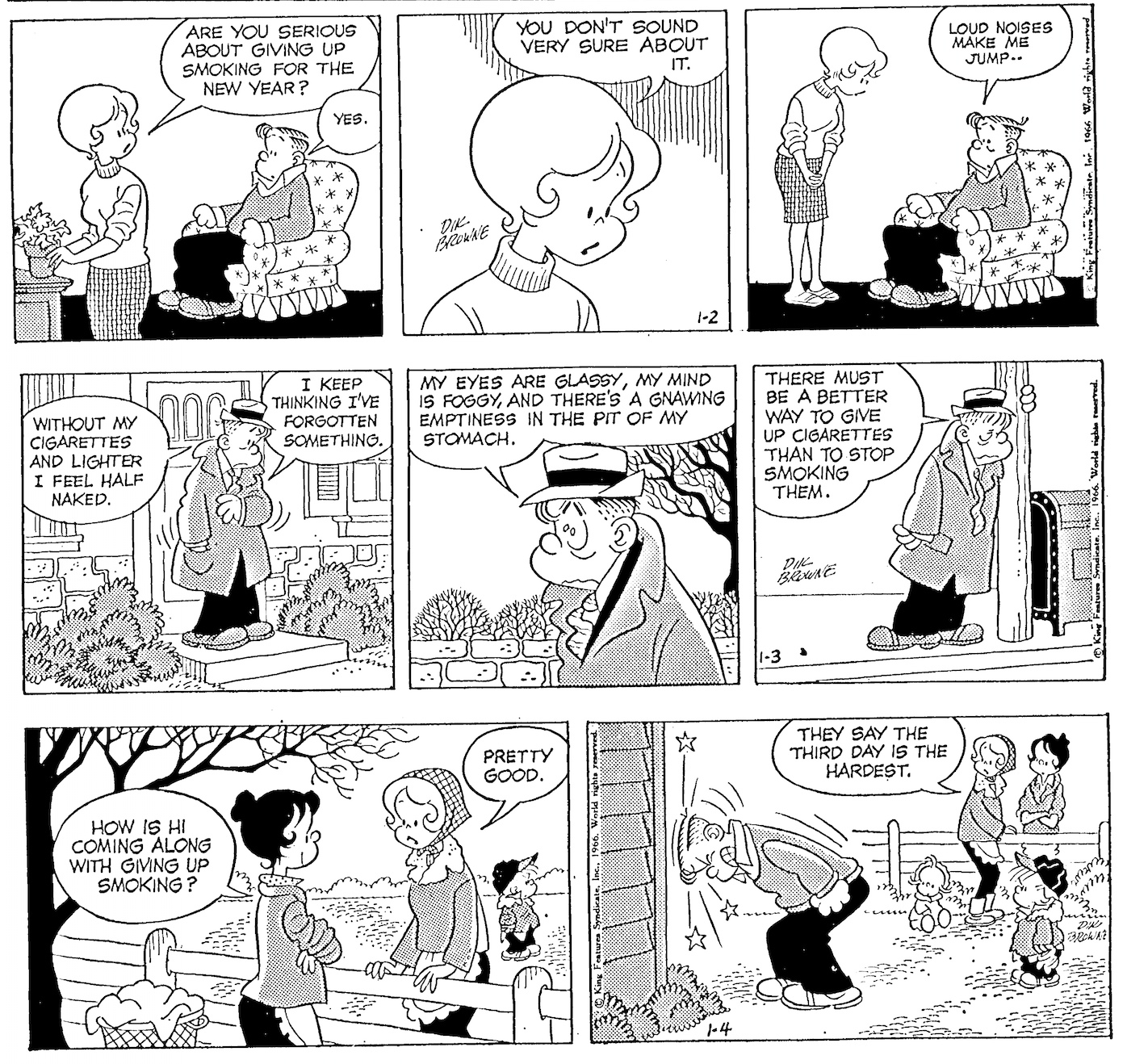 The beginning of a new year is a good time for making reforms and setting goals for the future.  The tradition of new year’s resolutions goes back to the ancient Babylonians who promised their gods to pay debts and return favors at the start of each year.

Smoking is a bad habit that is hard to treat humorously.  In the mid-1960s, Hi and Lois co-creator Mort Walker was trying to give up smoking cigarettes.  It took him eight months to quit.

Hi Flagston smoked a pipe in the early years of the strip and occasionally mentioned trying to give up cigarettes.  Around the time Mort was kicking the habit, he decided to do a two-week sequence in Hi and Lois in which Hi also struggled to stop.  King Features cut a few episodes and the final story ran between January 2 and January 11, 1967.

Here are the first three strips.

Check back next week to read three more installments in this historic series.