In our yearlong remembrance of the centennial of George McManus’s coming to King Features, today I’ll show some strips that he tried out before, and into the first few months of BRINGING UP FATHER. 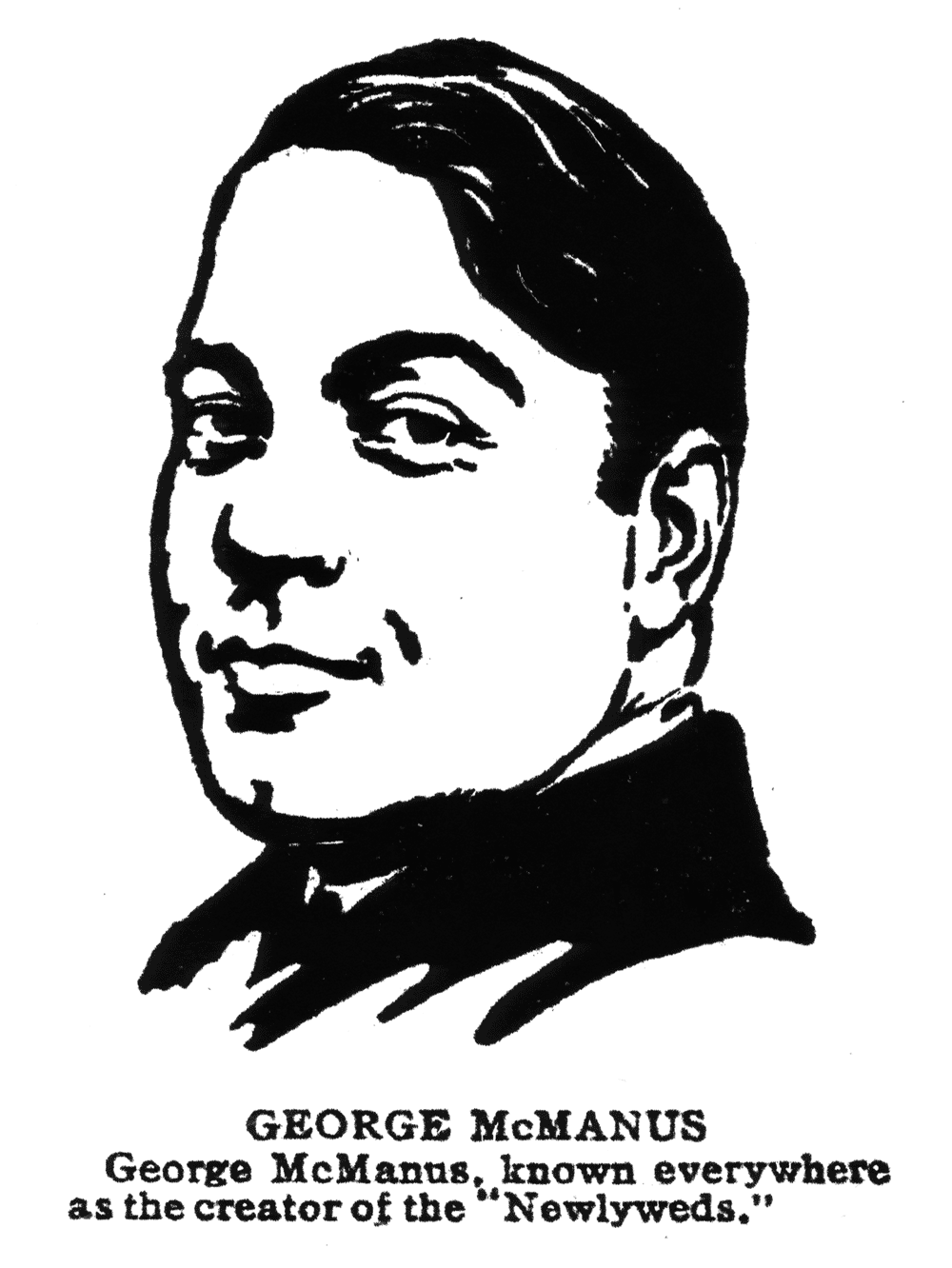 The first McManus cartoon to appear in Hearst newspapers, modified to accommodate each title.

When he left the Pulitzer organization for Hearst, he brought with him his popular creation, The Newlyweds and Their Baby. This was a Sunday feature, and was instantly the star attraction in the Hearst comic section beginning on 1 September 1912 (see HERE). Although he had done a daily of the hapless couple’s adventures at his old roost, for Hearst he tried out a number of new series. None of these ever amounted to much, except Bringing Up Father (see HERE), which became the most widely syndicated strip in the world in just a few years. These limited series pretty much evaporated in the early summer of 1913, with George concentrating only on Bringing Up Father and the Sunday Newlyweds. So here, right before your eyes, is some of the chaff the wheat was extracted from. 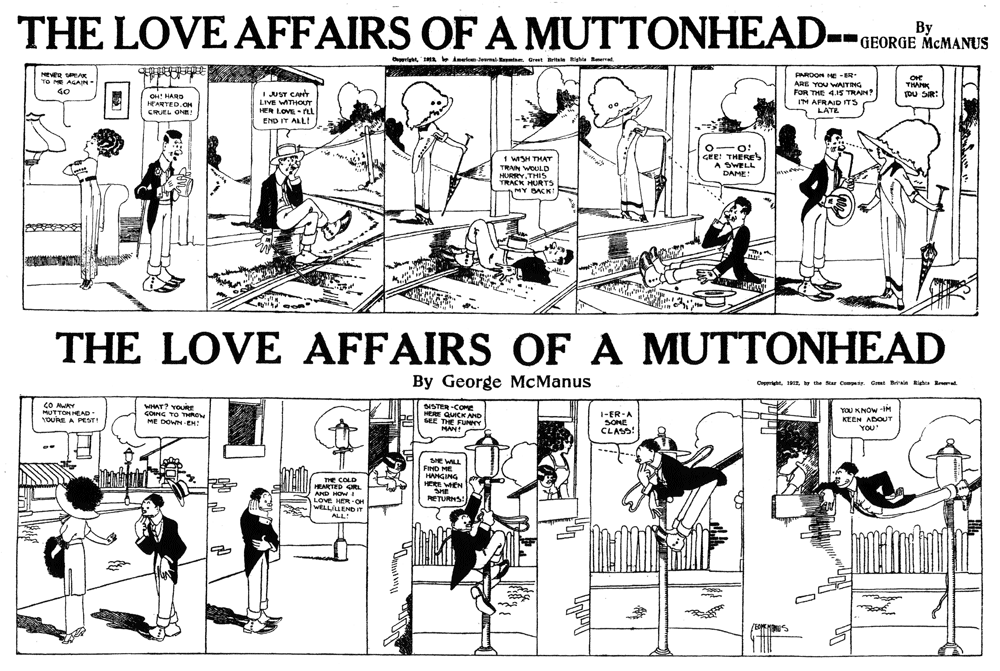 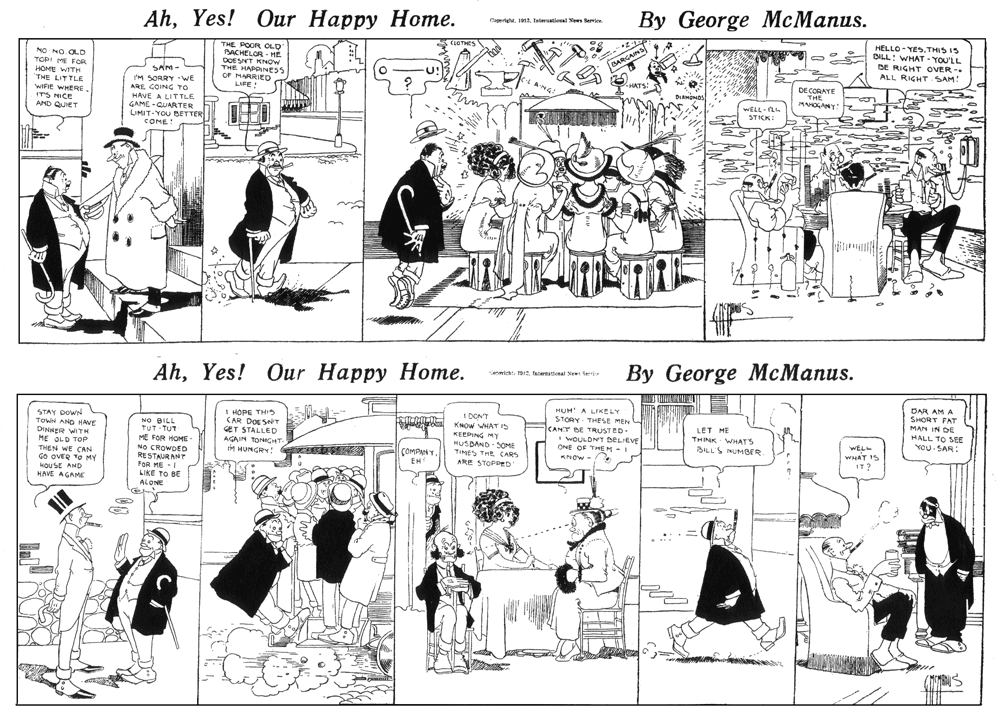 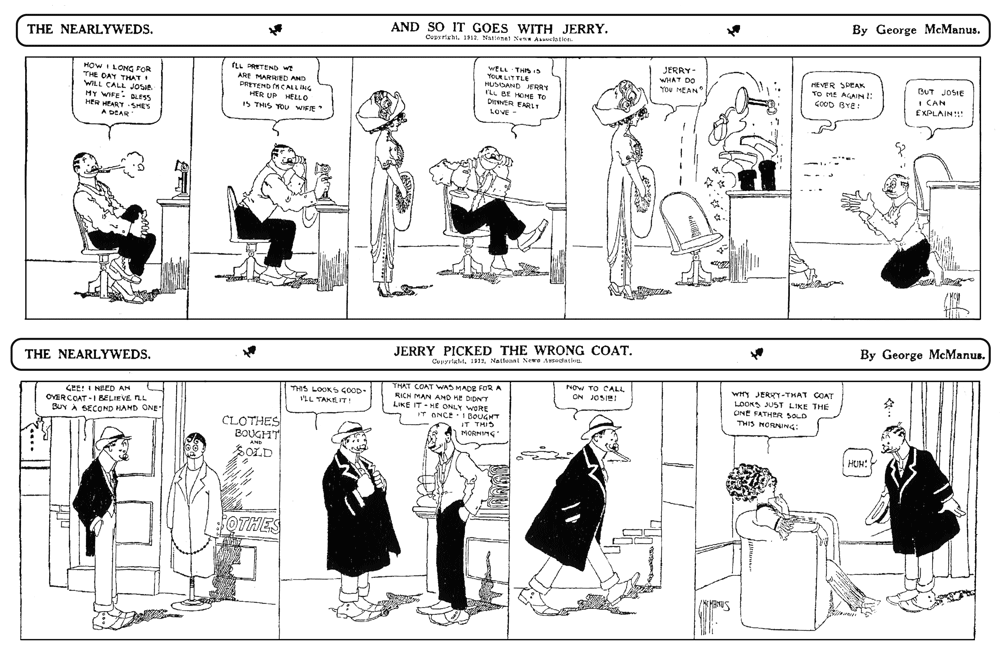 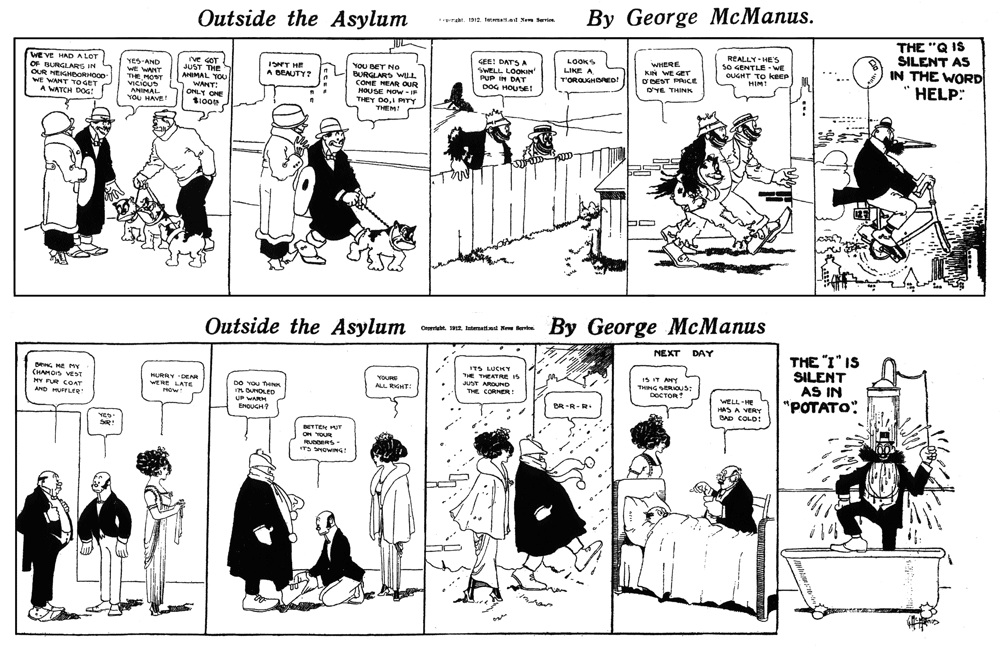 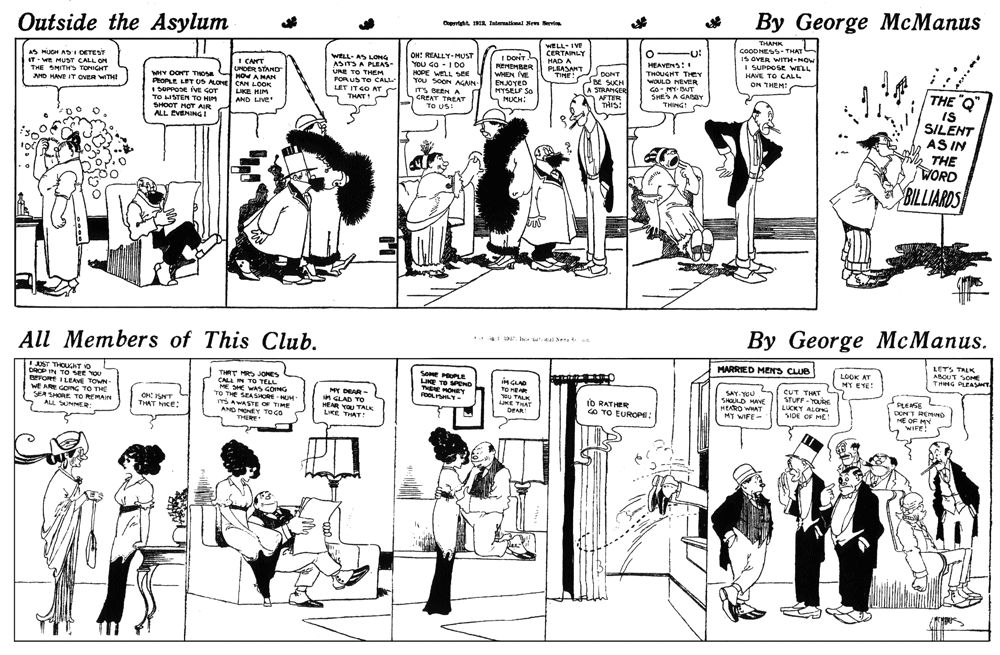 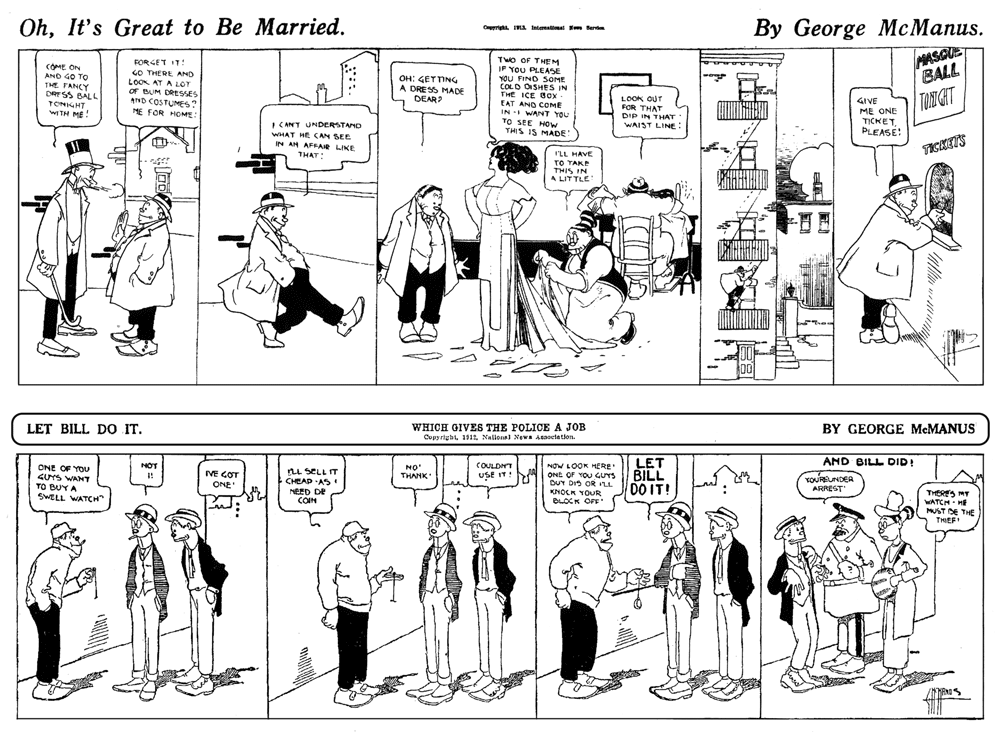 Think 100-year-old gags are too stale to be funny? Not around here!

Yes that “18” was a typo, We’ll correct it. It was forty-eight years. We may do something with Olsen soon.