Walking the Coast to Coast, With a Dog, the Other Way

Last week we returned from the biggest walk we have ever done – 200 miles from the Yorkshire Coast to the Cumbrian one in 18 days (we had a few rest days). It was tough, much tougher than the distance walking we had done in New Zealand. We had a real mix of weather (and our worst days were the bad weather ones, especially the gales and driving rain we had between Keld and Kirkby Stephen and up over Kidsty Pike, which is at the 800m mark, the peak on the profile below), but we were lucky because whenever we were camping, it wasn’t that wet.

Click to see elevation of Coast to Coast path at http://discoverwalking.co.uk/coasttocoast/elevation.html

I have never eaten as many biscuits and chocolate bars in my adult life as I did on the Coast to Coast. And we all still lost weight.

My favourite parts were the North York Moors, Keld and the inside of all the dog-friendly pubs.

The Lake District is scenic and all, but when you get up close and walk across it you realise that there is sheep shit in every square foot. There are a lot of sheep in the Lake District. Maybe too many.

I enjoyed the experience and I’m glad we did it and didn’t get lost, or hurt, or broken up, but I think the people who do it again and again are mad (though most of them aren’t carrying all their gear and camping half the time).

Billie was a wonder dog and really kept our spirits up when the going got tough. 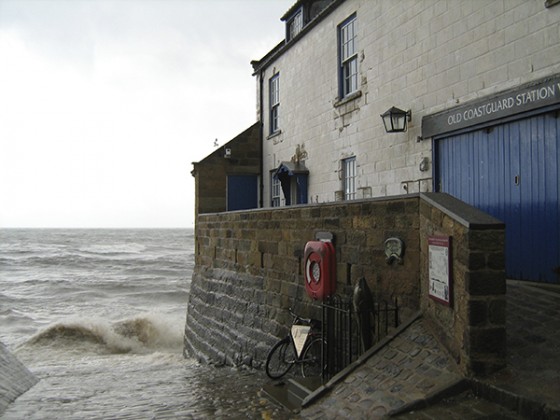 Most people end here, but we started at Robin Hood’s Bay because we wanted to get fitter as we headed towards the largest peaks of the Lakes 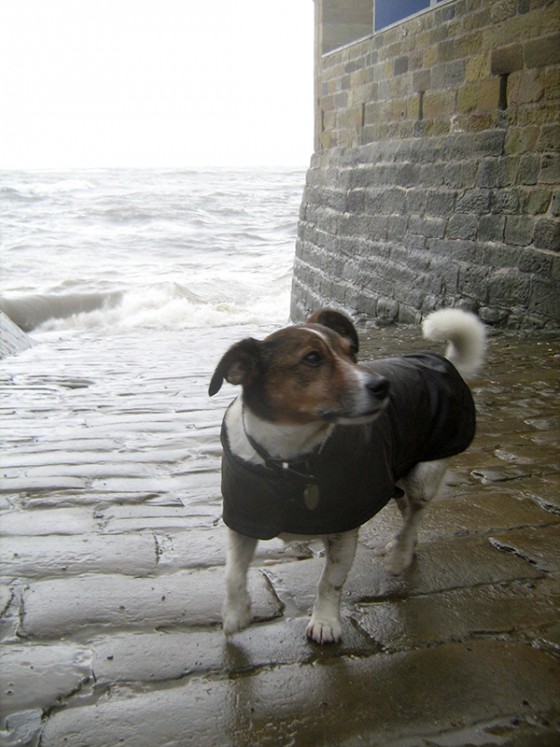 Billie in his digeridoonah looks a little unsure. 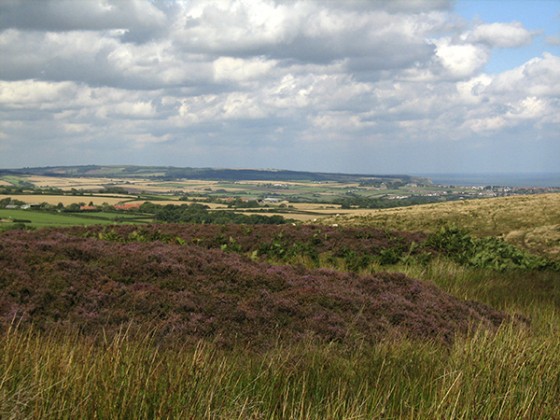 The first of three National Parks we walked through was the North York Moors. We had good weather for most of this part. 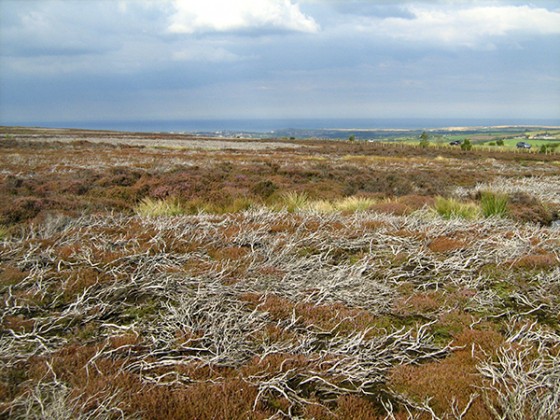 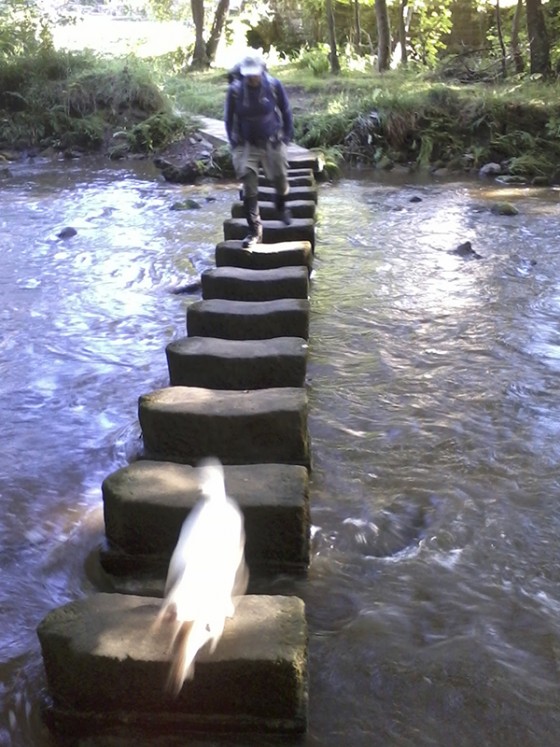 Billie coped well on every bit of the walk, including these stepping stones at Egton Bridge 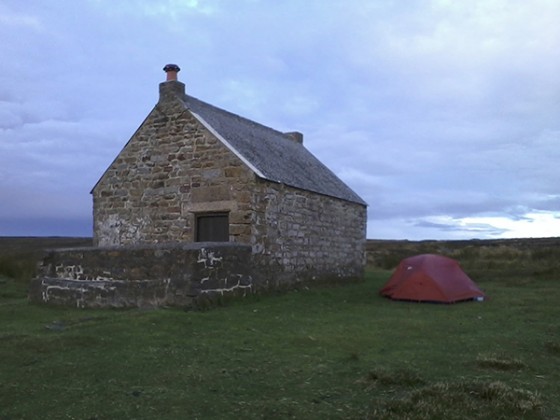 Our first of 6 wild camps was at Trough House, which meant an easy walk to The Lion Inn the next morning and a whole day in the pub! 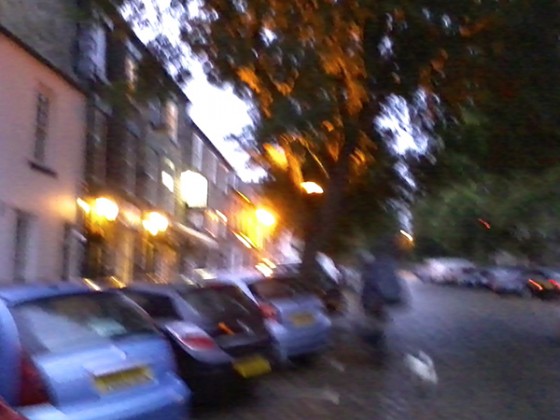 This photo sums up how we felt as we staggered into the Buck Inn at Richmond, after 10 hours and 24 miles, in the drizzly dark 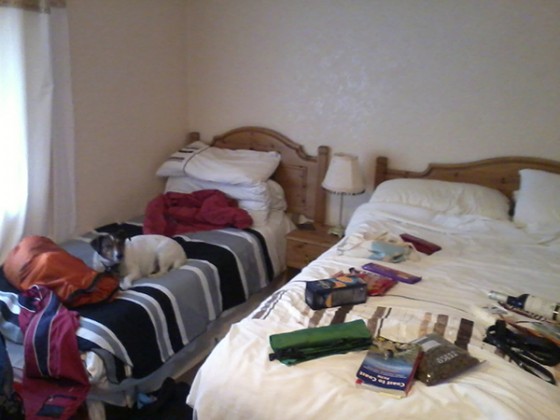 Nearly all our booked accommodation was brilliant (the hostel at Thorney How was the exception) and in this pub, Billie even got his own mini bed. 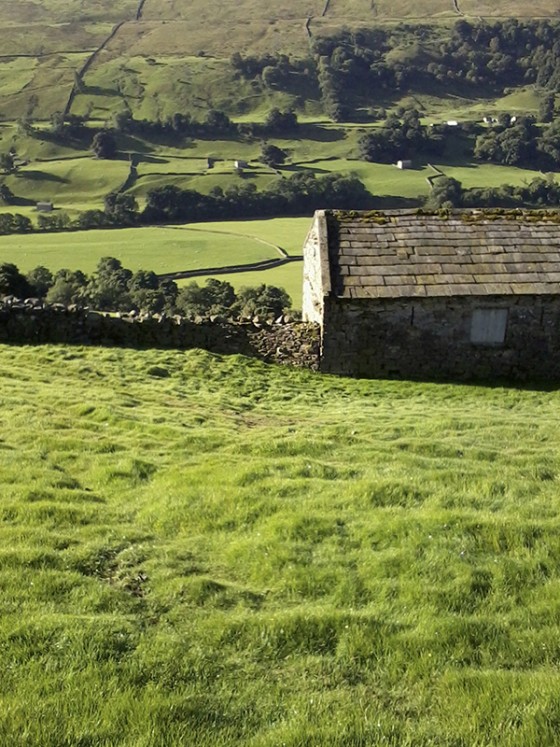 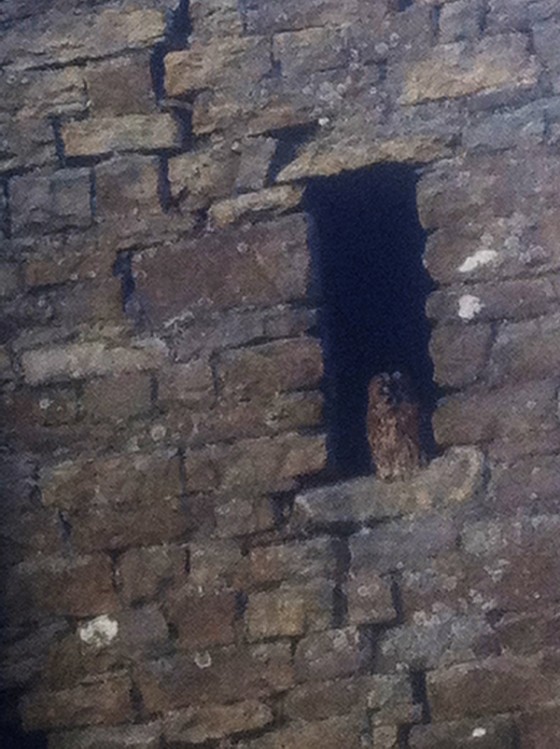 Don’t know what kind of owl this was, but it was lovely to see so close. 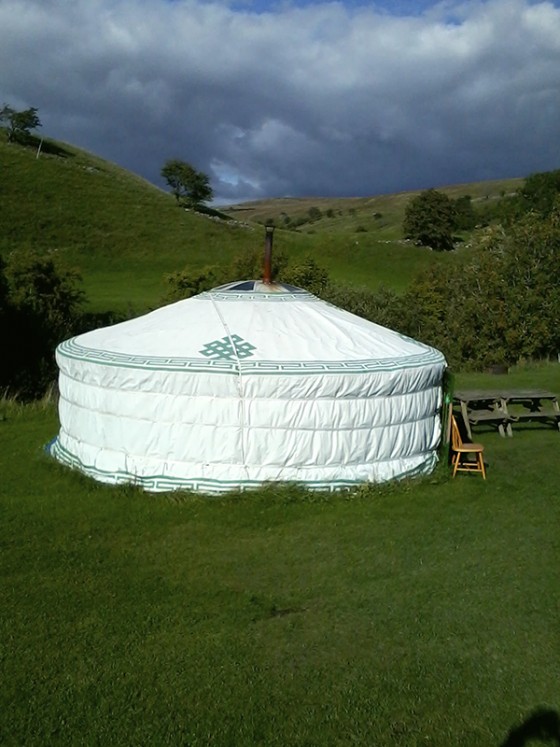 The most unusual place we stayed was a yurt at Park House in Keld. It had a log burner and we were able to order drinks and delicious food to be eaten there.

Rain and gales were forecast and we elected not to walk via the boggy moor, but to take the road. It was still 10 miles and after 3.5 hours in driving rain we were soaked through and shivering. This was the only time Billie ever protested, pulling on the lead at the start, but even he just put his head down in the end and kept on going. We were glad to find the hostel open, a dry room and a welcome cup of tea in Kirkby Stephen. 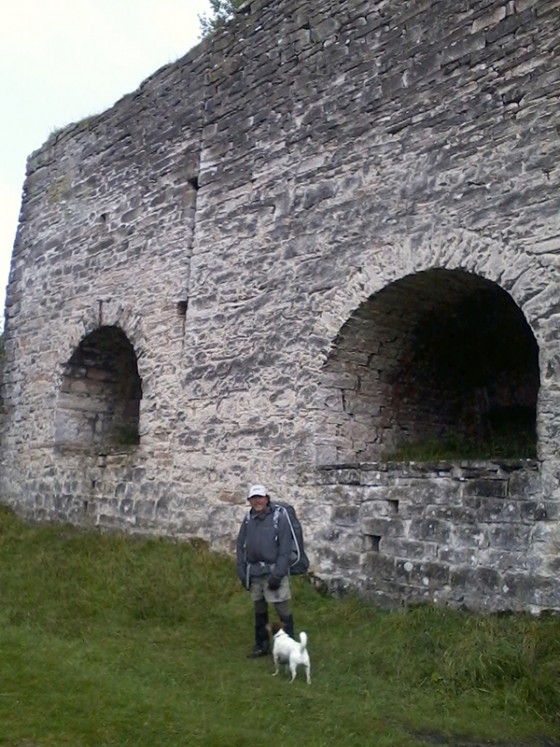 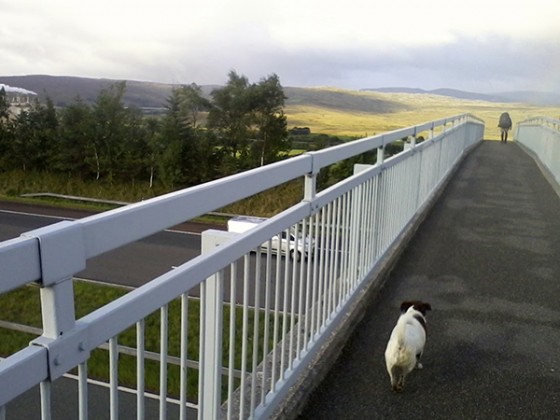 Crossing the M6 near Shap 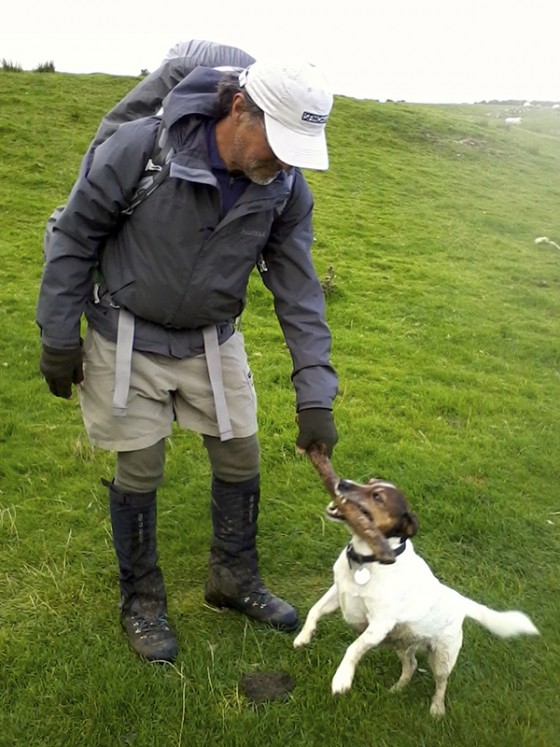 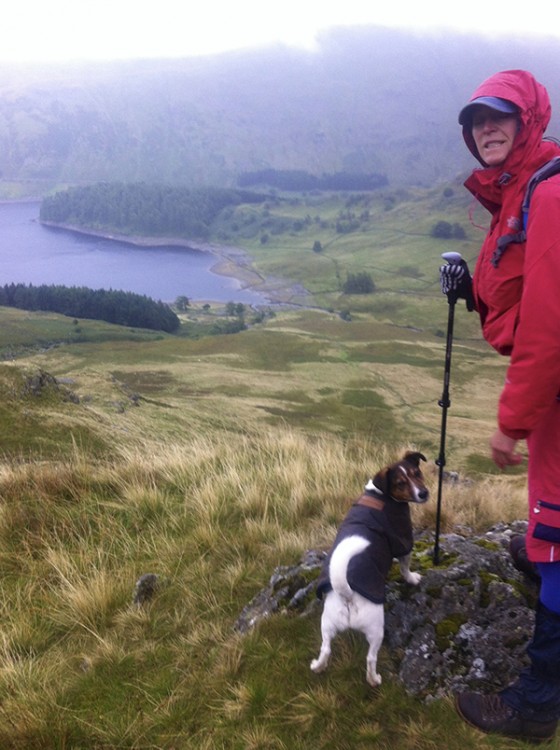 We wild camped the night before so we could make an early start on a day that was going to be inclement. It wasn’t too bad as we climbed up Kidsty Howe and we could still see Haweswater 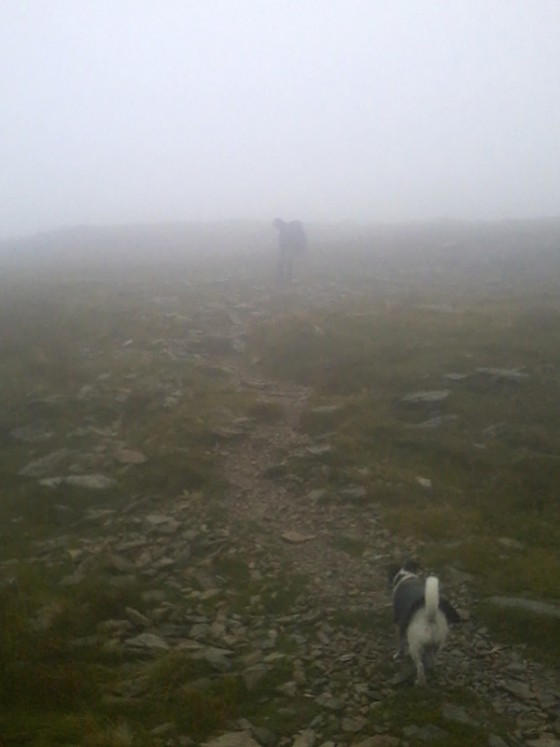 The weather got worse as we got up to Kidsty Pike, the highest peak on the Coast to Coast. It got even worse, with 70 mph winds and rain and almost zero visibility on the other side, making navigation quite hairy. We encountered other Coasters coming up from Patterdale and we were able to follow them back as they turned back because of the weather. 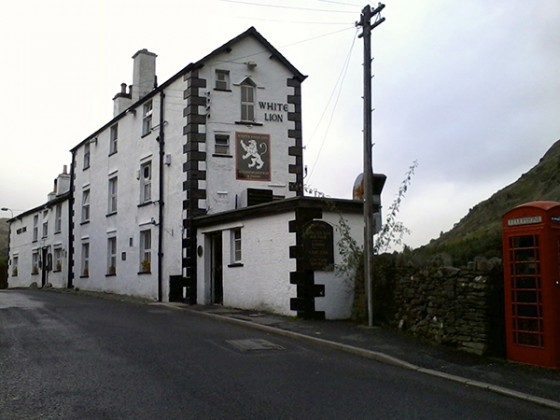 All the Lion pubs were good. The Lion at Blakey Ridge was one of the best pubs on the track. The Golden Lion at Osmotherly had the best food and the White Lion at Patterdale was like heaven after the hell of going over Kidsty Pike. 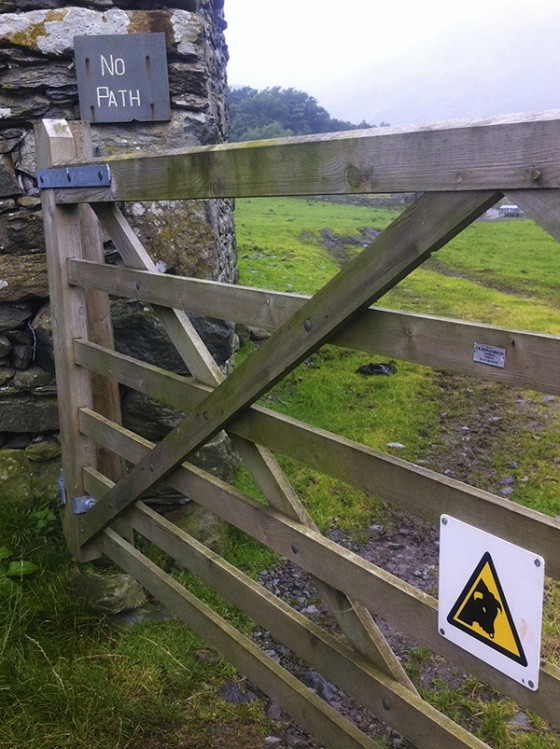 This wasn’t a path we were taking, but we were cautious around cattle of all kinds. We tried to avoid fields with cows and calves in (even when we had to climb over walls to do it), except in the last mile when we saw a couple emerge from one with their very springy springer spaniel. Our closest call was near Shap, where we wild camped just off the path, near a walled copse. We had only seen sheep, but as it began to get dark, Billie started to growl. We looked out to see a shaggy headed steer with a massive set of horns right by the tent flap! We were surrounded by half a dozen steers and kept Billie quiet and waited until they moved away. The next morning, they were gone, but we found out in Shap that those same steers had trampled a man, who then had to be airlifted to hospital, the week before. He had had a dog that they charged and when he picked it up they kept on going….

The weather came good again when we walked up Grisedale Valley to the tarn and over to Grasmere, getting what we think may have been our first glimpse of the sea on the descent. 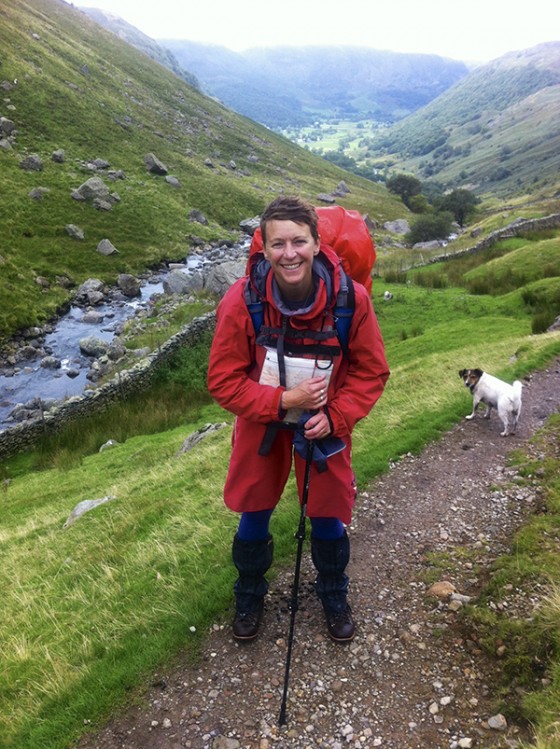 Our last big climb out of Seatoller, past Honister Pass, gave us views of Crummock Water and Buttermere lakes to the right and Ennerdale Water and the sea to the left 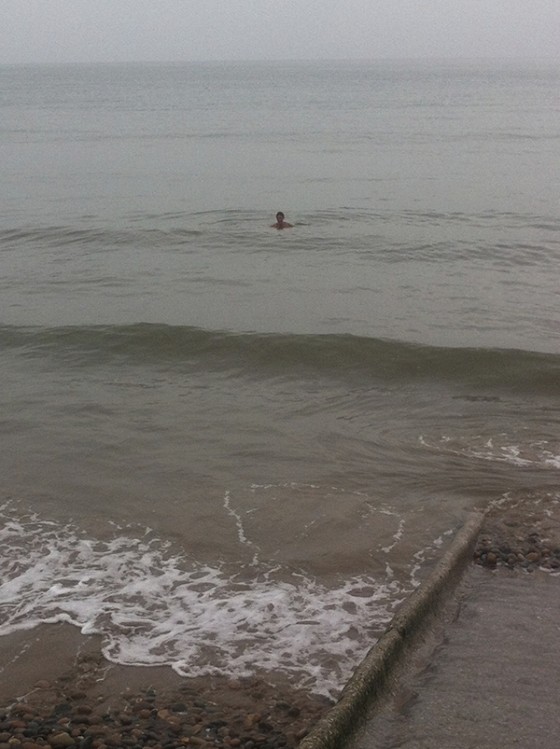 It wasn’t that inviting, but it was a lot less rough than Robin Hood’s Bay, so I had to go in!

For the last two days of the walk, the boyf kept the sole of his boot on with sugru! 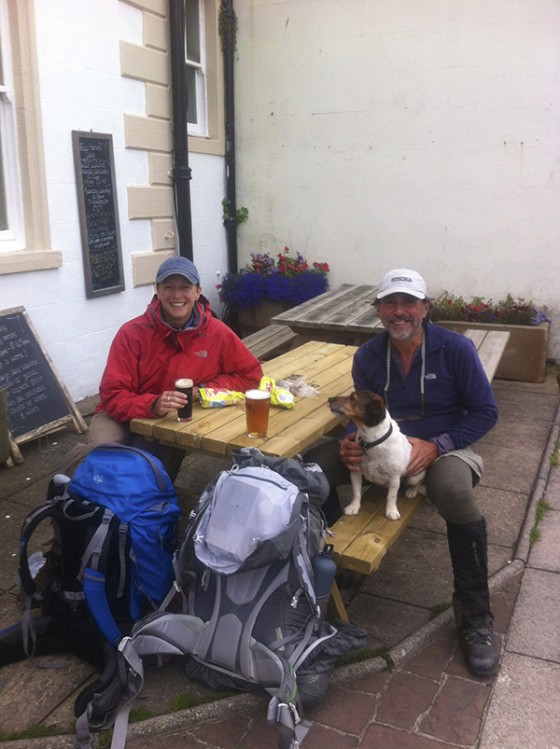 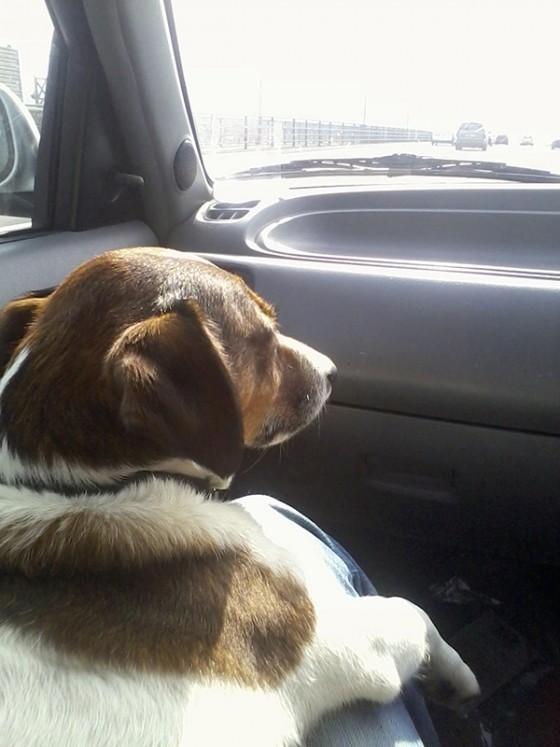 It was great to have walked the Coast to Coast, the other way and to be heading home.