For many of our readers, weekends during the fall are a time for attending high school, college and professional football games.  It’s an American tradition.

Thirsty Thurston, the Flagston’s next-door neighbor, is an avid football fan.  He also loves to eat and drink, so tailgating is an important part of his routine.  In this Sunday page from 1998, Thirsty comes to the game well prepared.

Chance did an excellent job setting the scene with a classic college football stadium, closely resembling the Yale Bowl in nearby New Haven, Connecticut.

On Saturday October 6, 2012, Beetle Bailey and Hi and Lois creator Mort Walker was the guest of honor at the football game between Army and Boston College at West Point in upstate New York.  Mort signed autographs for fans before the game and sat in the upper deck box seats with other dignitaries, including Army Chief of Staff, General Raymond Odierno.  Here are some photos of that event. 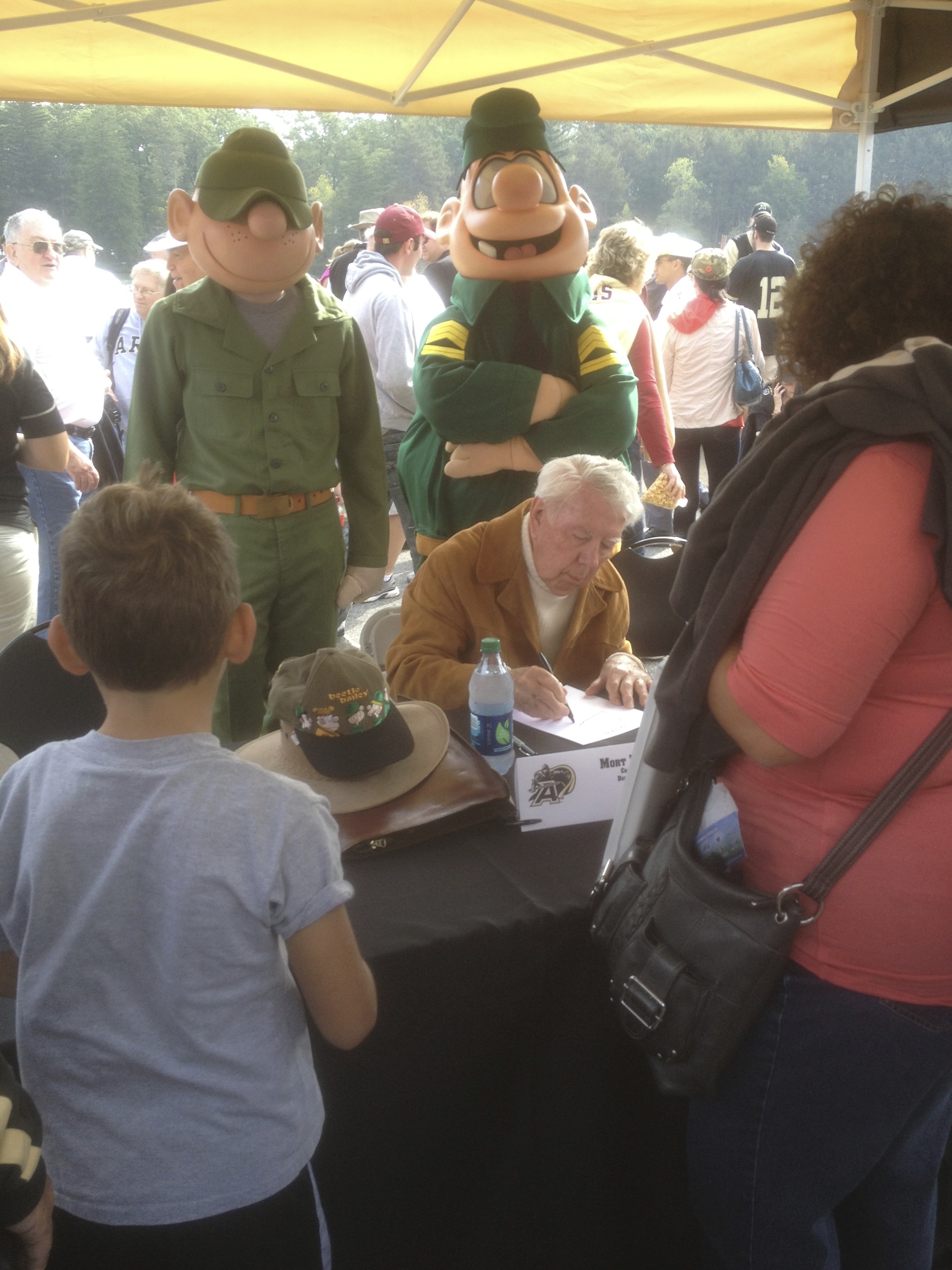 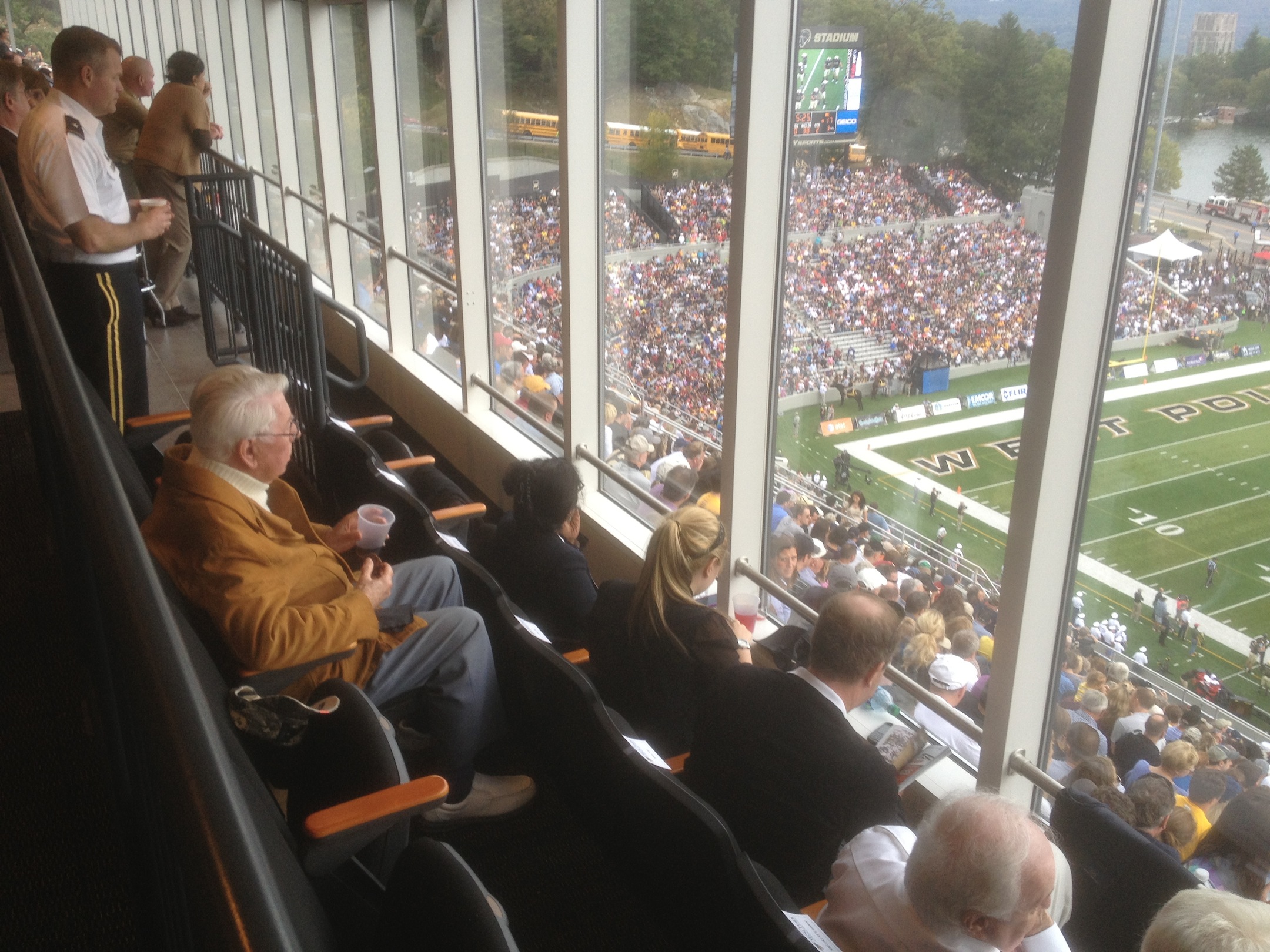 Mort Walker watches the game from the luxury sky boxes at West Point.

During halftime, actors in Beetle Bailey and Sergeant Snorkel costumes participated in a mascot race on the football field.  Here is a link to a video of that contest.

We hope you enjoyed this football-themed blog post and that your team wins this weekend.