Yesterday was the birthday of one of the cartooning greats in King Features’ history — the one and only Mort Walker. He turned 90 years old and his definitive creation, BEETLE BAILEY, is 63 years old today.

To honor these two momentous occasions, I have chosen an unusual item to showcase today: a promotional book from 1963 called the Editor’s Coloring Book. At that time, coloring books were a sort of fad in publishing. They were very cheap to make but high-volume sellers. This sales kit was a timely satire on them, designed to influence potential client papers.

I have the whole kit,  and I’ll show the relevant pages to you: 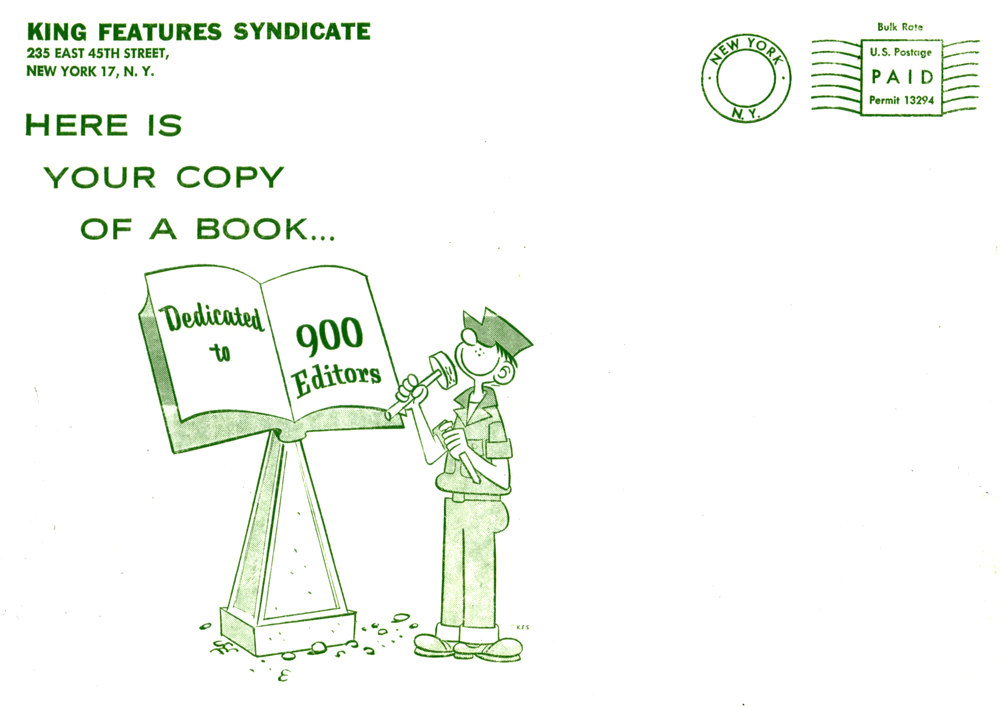 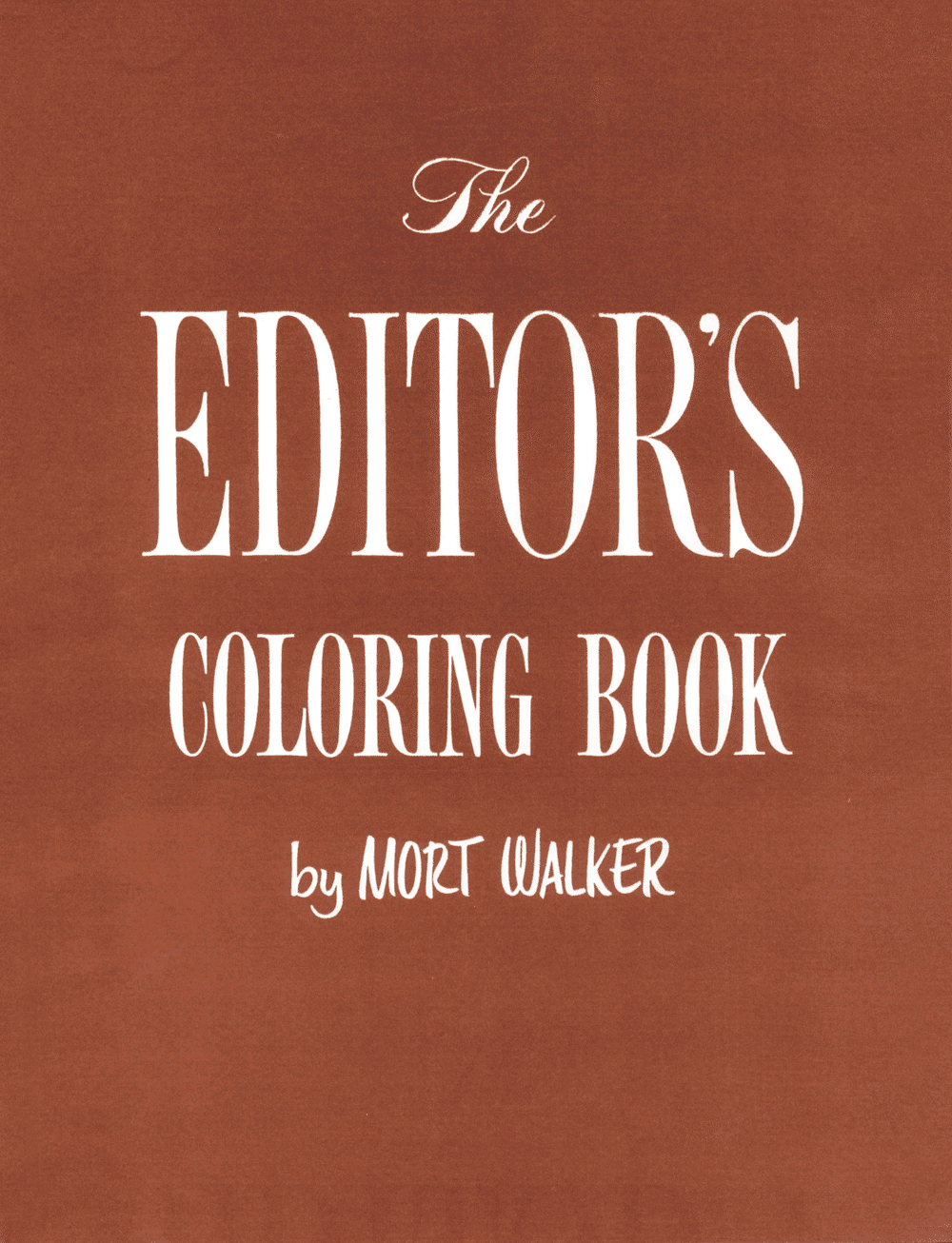 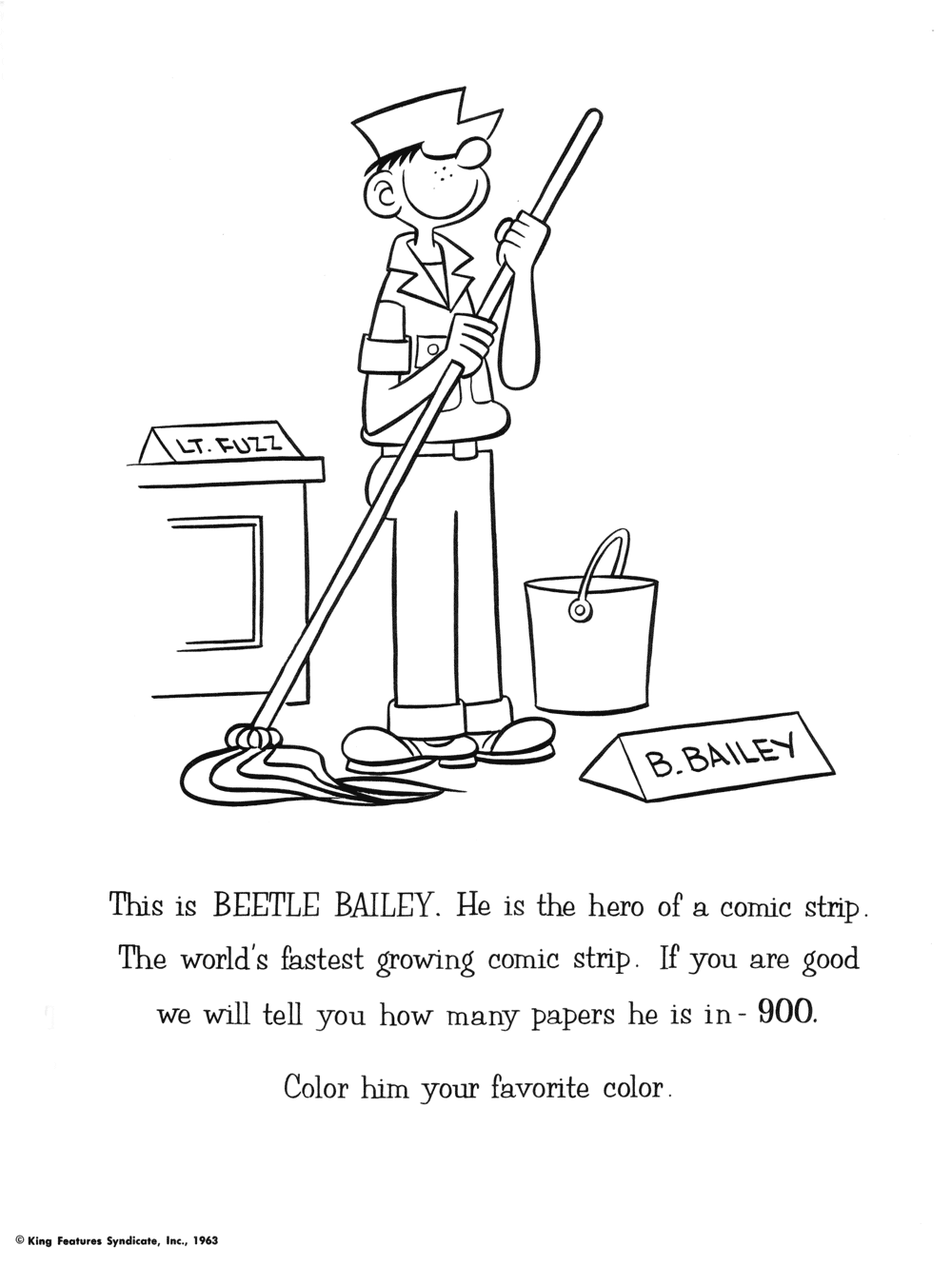 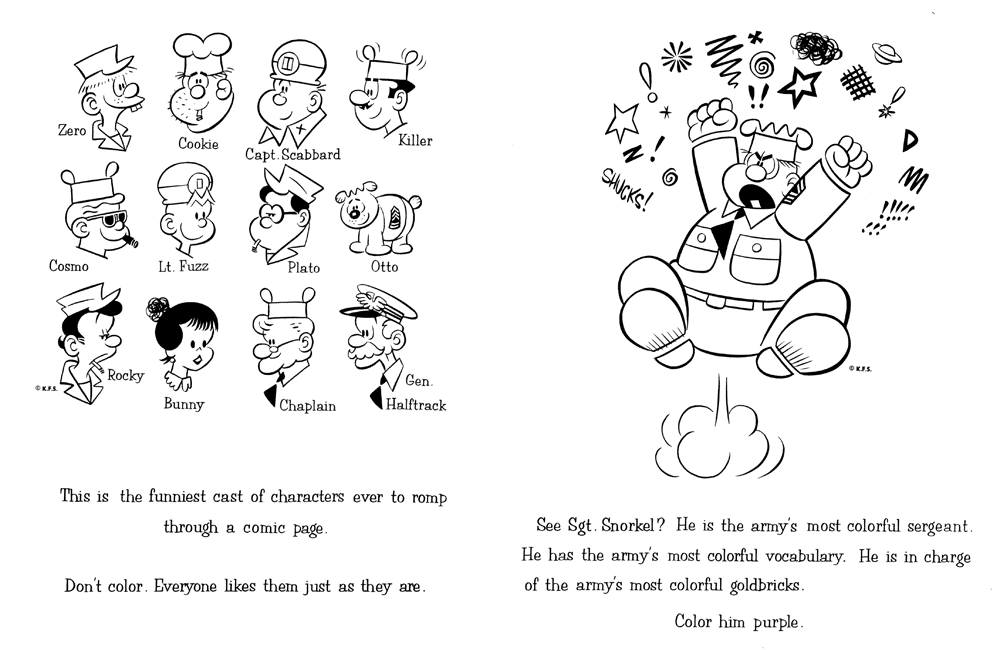 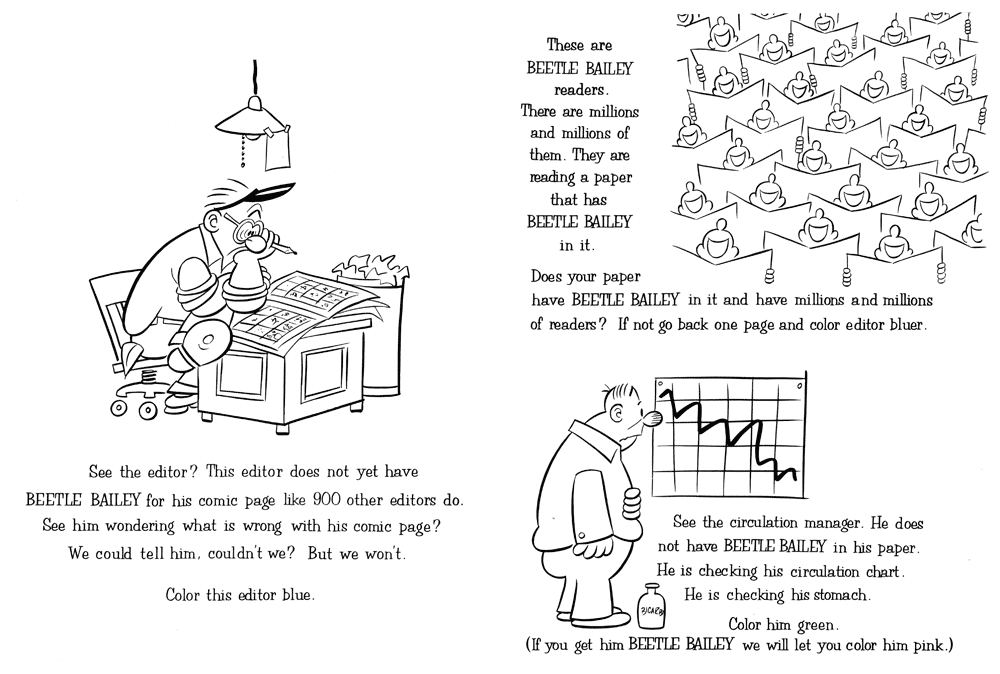 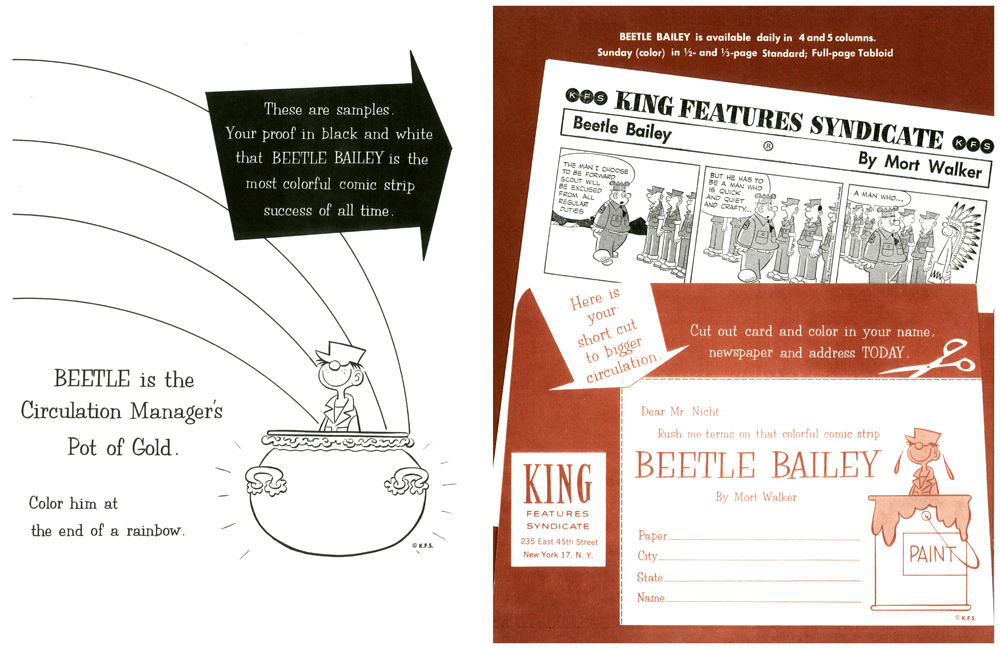 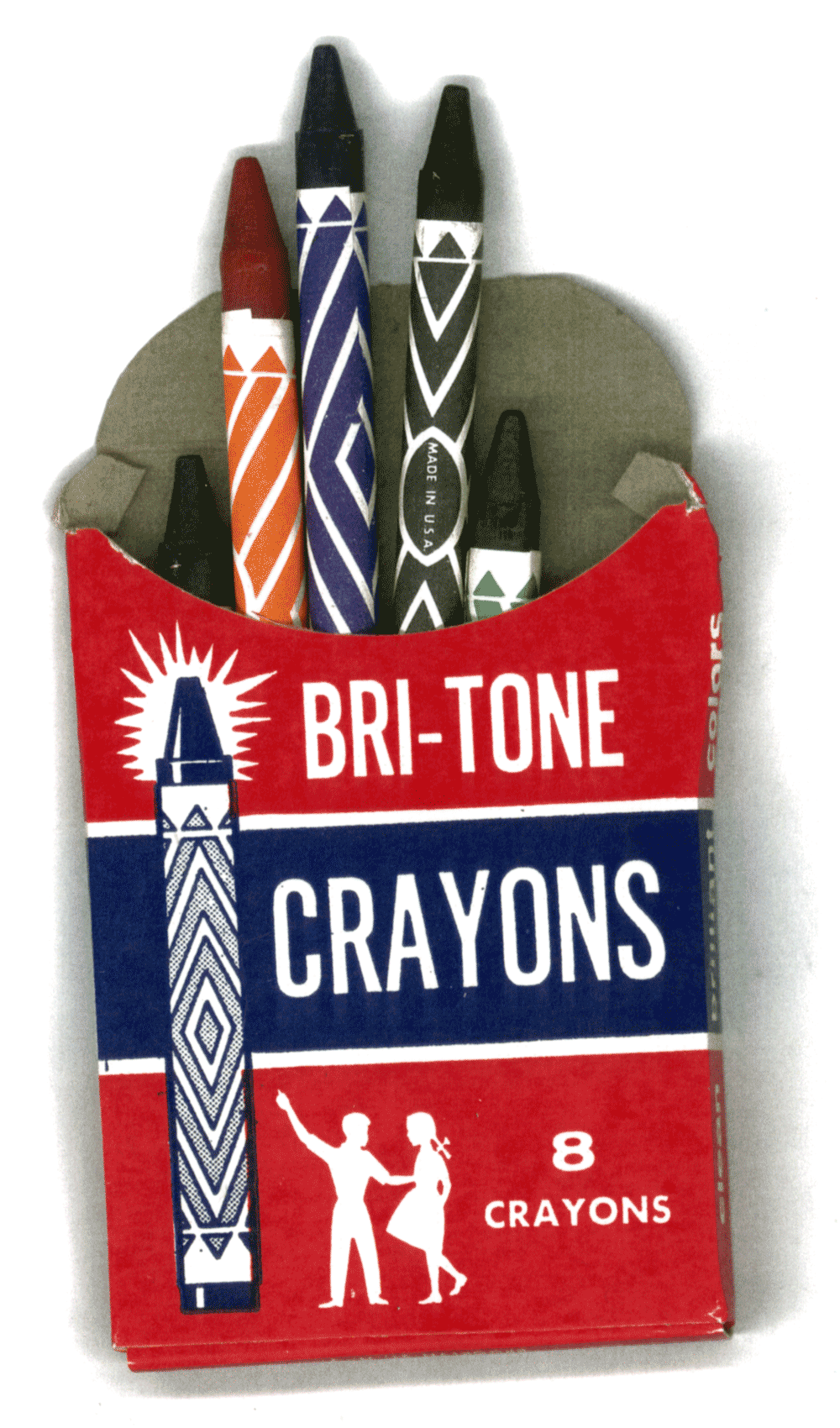 Happy Birthday to Mort and Beetle!

Finally, here are my responses to last week’s reader comments:

I have very few TUFFY strips, actually, but I will assemble some and write a post on it eventually. Glad you remembered her.

We will consider more LAUGH IT OFFS, but not for a while. There’s so much stuff to cover, both new and old!

And, yes, West Virginia’s Charleston Gazette ran that promo. The cartoon in the promo is cut from the February 15, 1958 sample, showing the man standing shuffling some cards. The tagline of the promo, “MAD AT YOUR BOSS?,” would have meant a little more had the caption been included: “ Okay, forget about the raise. How about a few hands of poker instead?”

Yours,
THE KFS ARCHIVE GUY