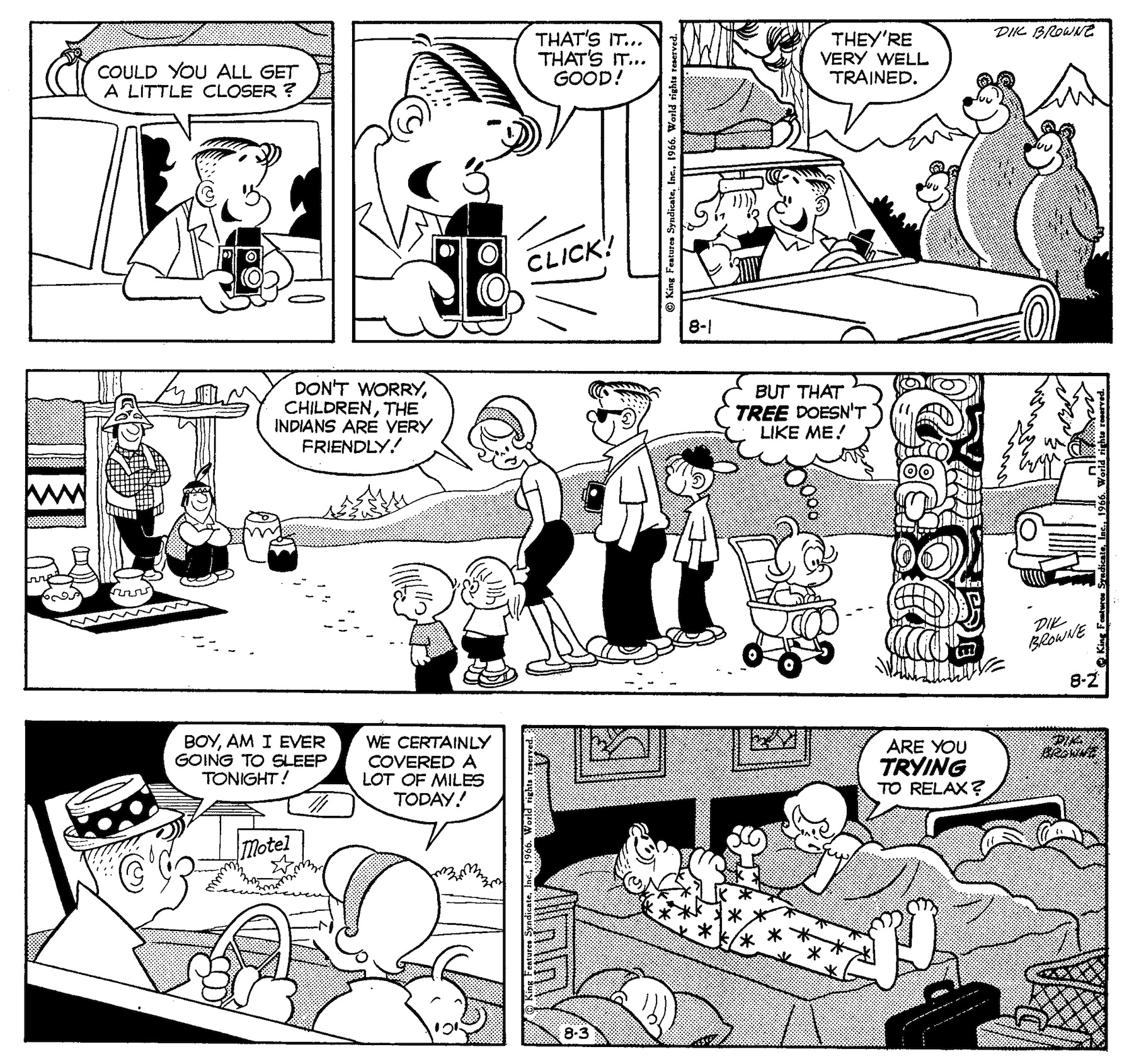 The Flagston family reached the west coast of the United States in the fourth week of the 1966 summer vacation sequence.  Specific locations were not identified but it is possible to guess at where they might be in most of these strips. 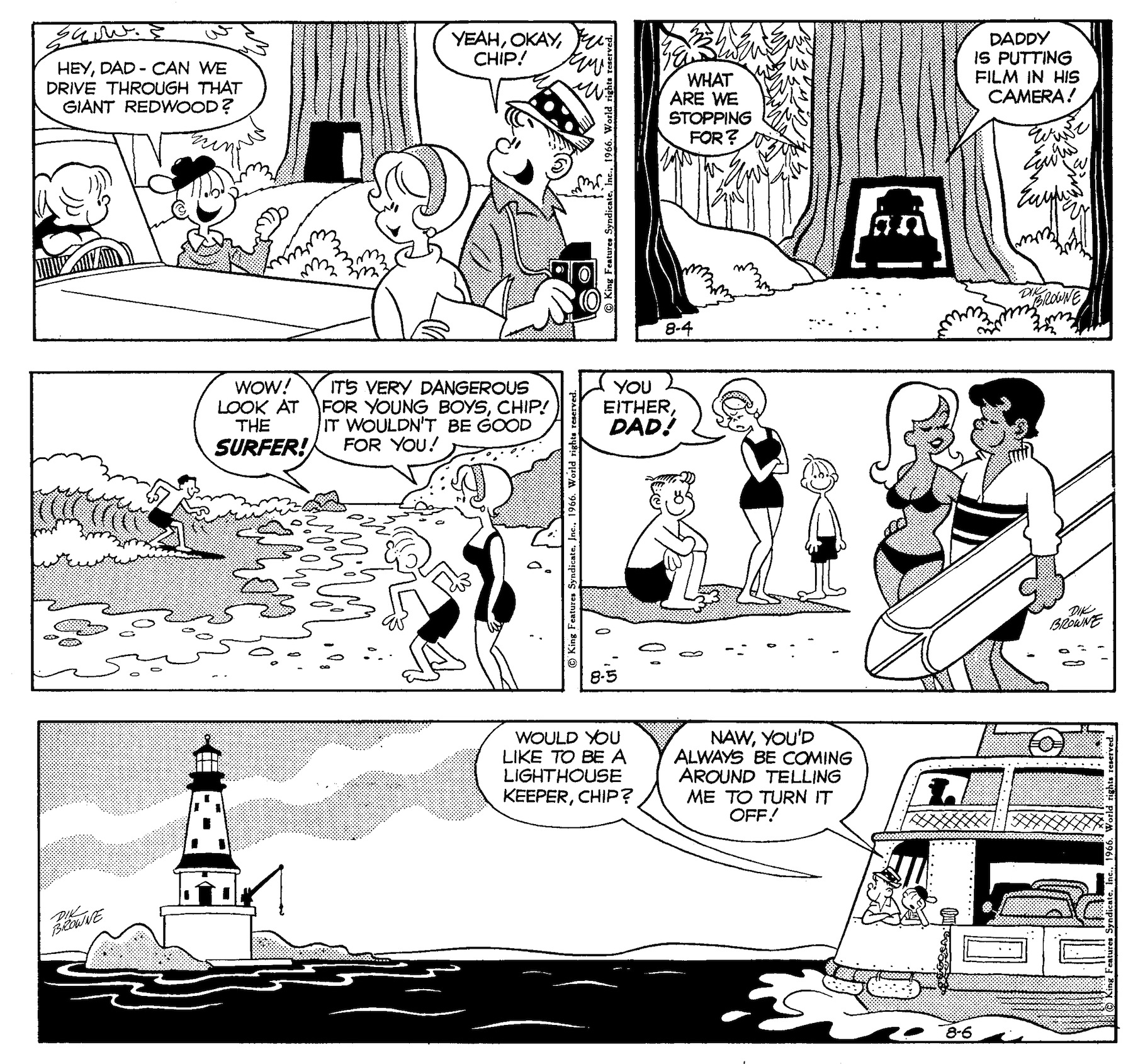 Bears can be found in Yosemite National Park. Totem poles are typical in the Pacific Northwest. There is a famous redwood tree that tourists can drive through in northern California.  Surfing is popular all along the western coastline.  The lighthouse could be in Oregon or Washington.

Dik Browne’s versatility as an artist was once again evident in these compositions. From smiling bears to a gorgeous bathing beauty, from snow-capped mountains to crashing surf, he could do whatever was needed to set up a scene or deliver a punchline.    His drawing of Hi lying rigid on the motel bed is hilarious.

There is one more week of the Road Trip left, so stay tooned.