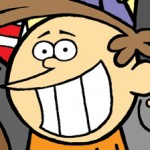 Moving on with the meaning behind the names in the Tinkerson family. The name Tillman is not only a cool sounding name, but it is also derives partly from my admiration of NFL football star and American Hero, Patrick Tillman.
Tillman Tinkerson is in no

way supposed to be or look like Patrick Tillman. He just is lucky enough to share the name with a person of such outstanding courage and character.

Hopefully Tillman Tinkerson can possess the same qualities as he grows older. So far, he is off to a good start.

Next week, the secret 3’s become not so secret.

Click the link to read more about Patrick Tillman and the foundation that does so many great things. http://www.pattillmanfoundation.org