My Dog, My Bling 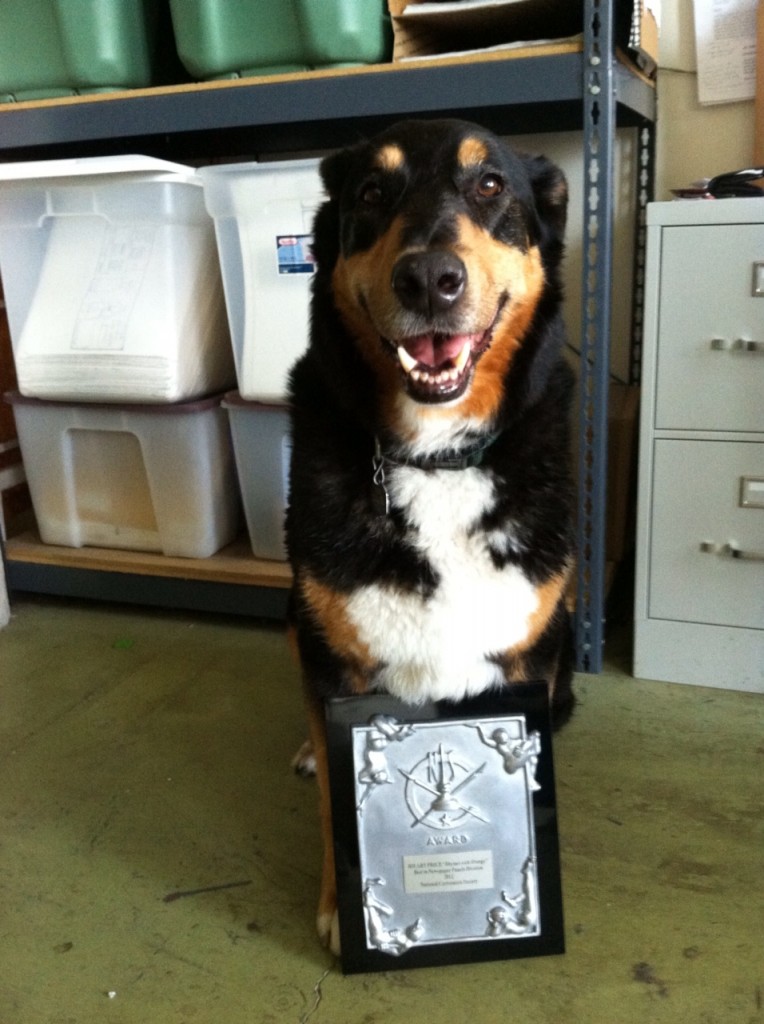 Heady times this spring, bling-wise, for my cartooning and burgeoning ice hockey career.

Over Memorial Day, I went to the National Cartoonists Society annual Reuben awards weekend. Mostly, we sit at the bar and use up more than our fair share of cocktail napkins– either by doodling on them or by wiping up the things we’ve spilled on shirts. (As a group, we don’t get out much.)

There is a fancy black tie dinner on Saturday night and Rhymes With Orange took home the award for Best Cartoon Panel of 2012. (It’s not for one single cartoon, but the body of work over the year.)

Here is my dog Rocky modeling the award:

It is a heavy honking plaque, weighing in at over 2 pounds: 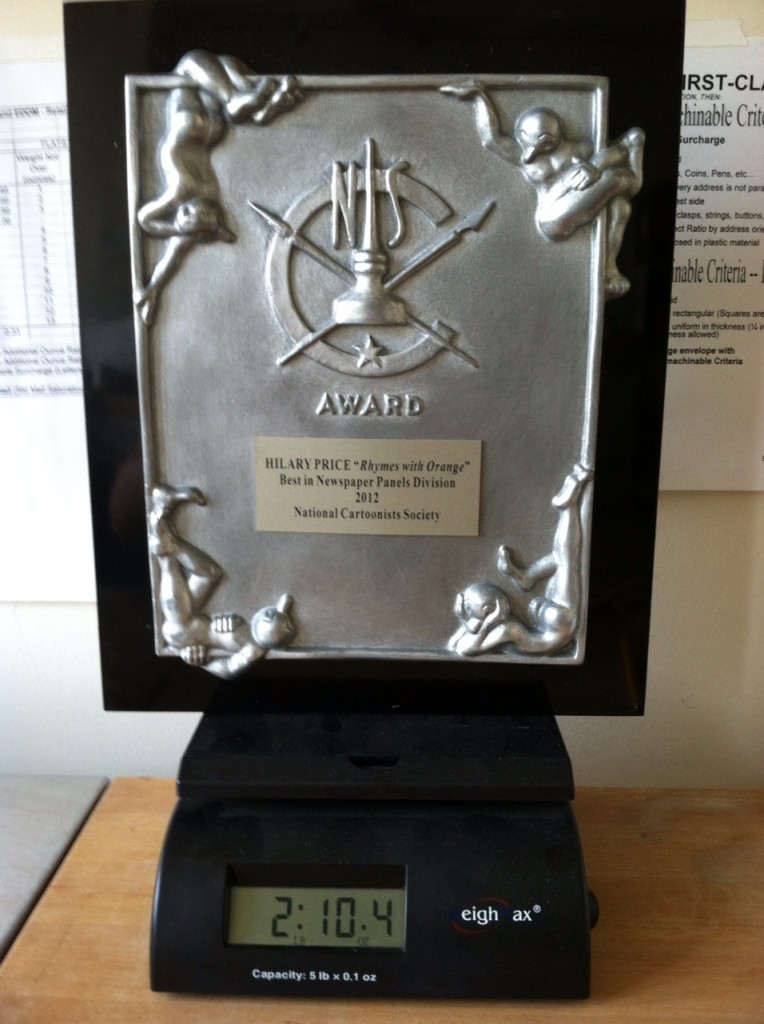 As you can see, beautiful women flock to me when I win awards: 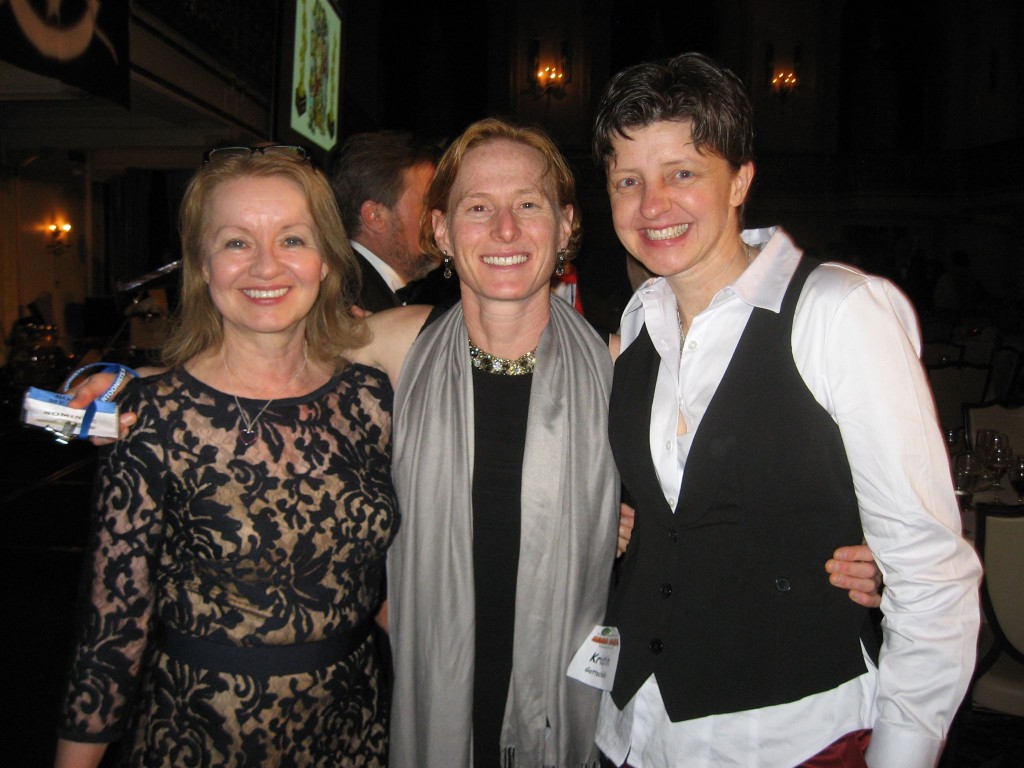 As do very handsome men: 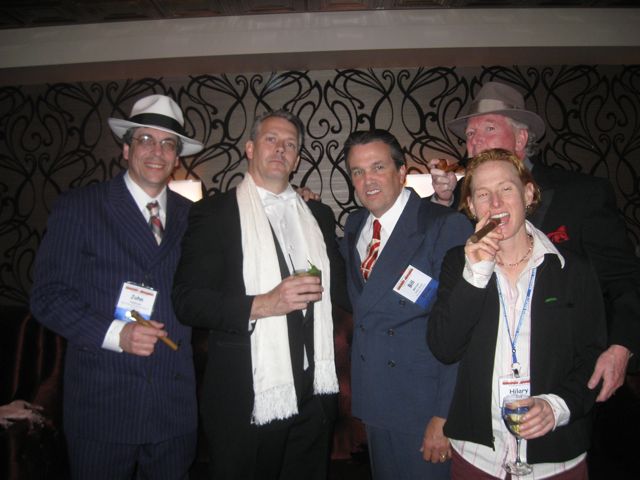 The Reuben award was the second big prize, as earlier in the spring my women’s recreational ice hockey team, The Pioneer Valley Vipers, took home the trophy in its D division tournament. (D is a hair up from the recreational division.)

To show you how awesome it is, we went over to my pal Mo Willems‘ house to compare it to his trophies. See how it towers over Mo’s Emmy awards for his work on Sesame Street. 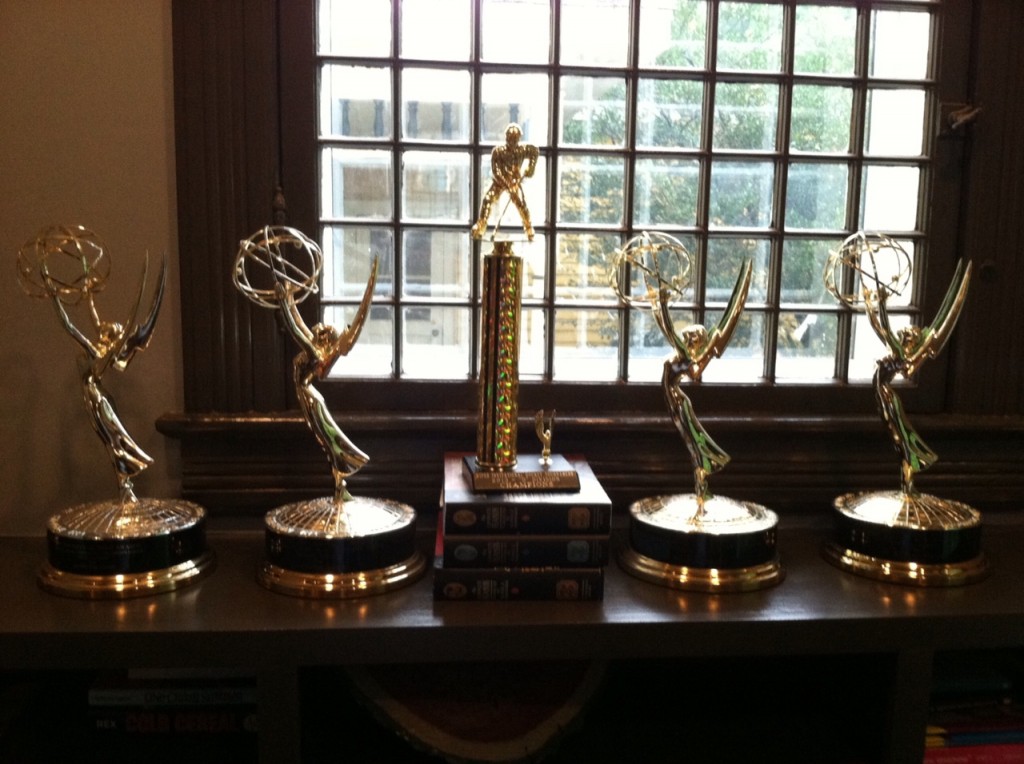 (Not shown: Mo’s other two Emmys.)

All in all, two mammoth events. And to think you hadn’t heard of them until now.