Antonio Marques, a loyal DailyINK comics reader, posted a comment two weeks ago, inquiring about Moose Miller’s much put upon next door neighbor in MOOSE AND MOLLY. Chester Crabtree has been unfortunately downwind of the Miller estate for 43 years now, through thick and thin. In his first appearance (April 29, 1970), he’s remarkably thinner. But from the start, he has always been a garden upkeep-obsessed grouch.  He is first shown wearing garden gloves on June 26,1970 and hasn’t taken them off since!

Here are some highlights of Chester’s first year in MOOSE AND MOLLY. 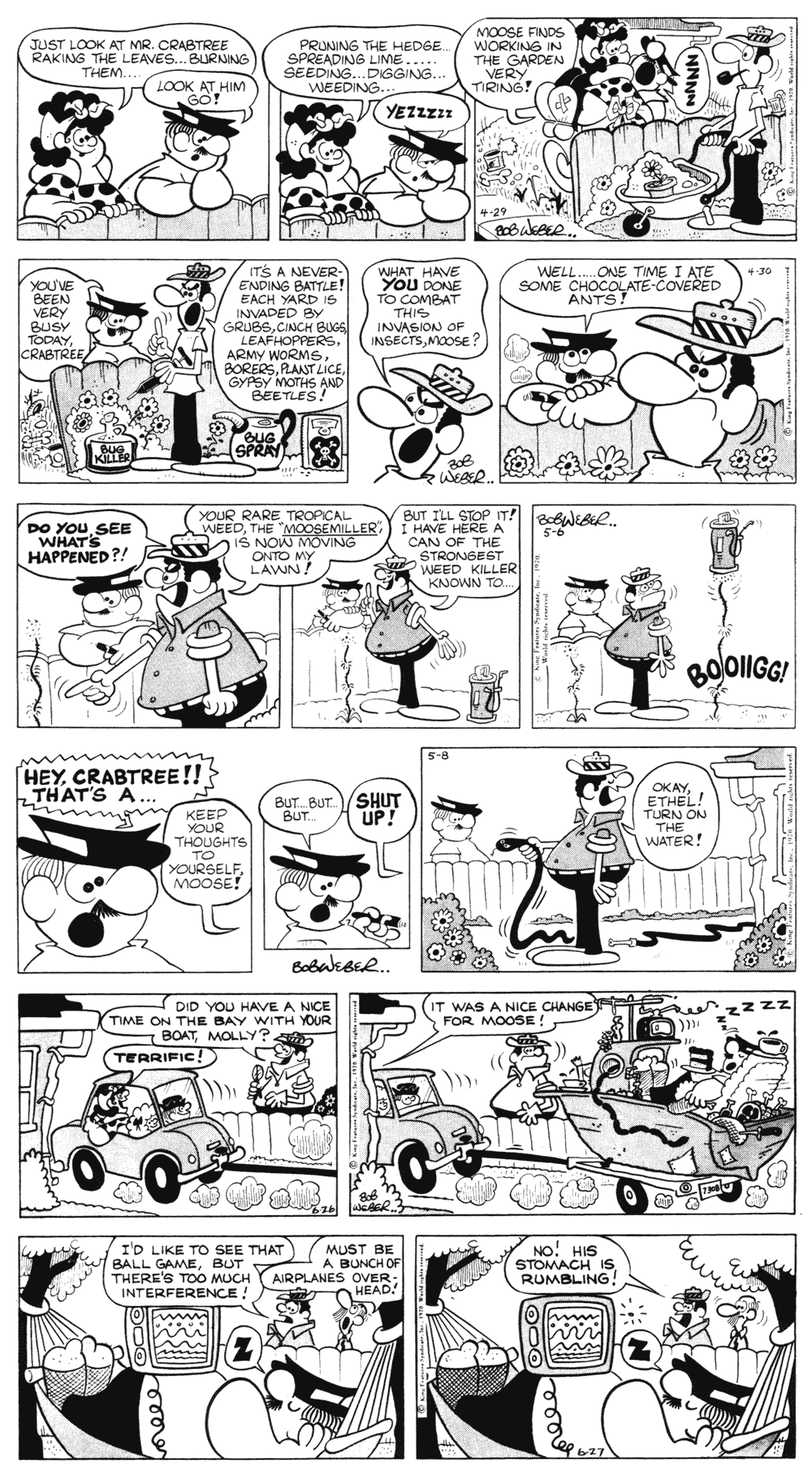 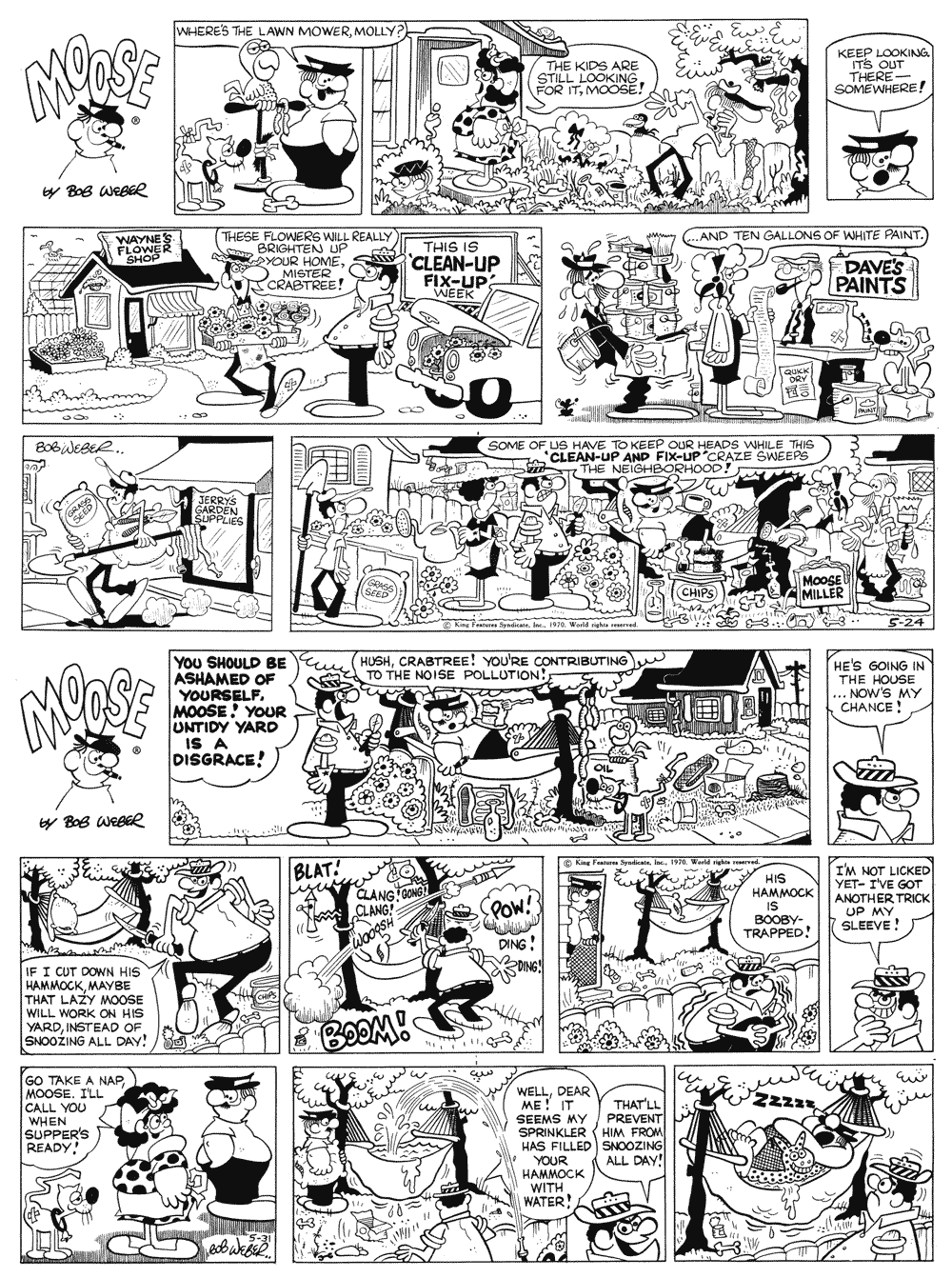 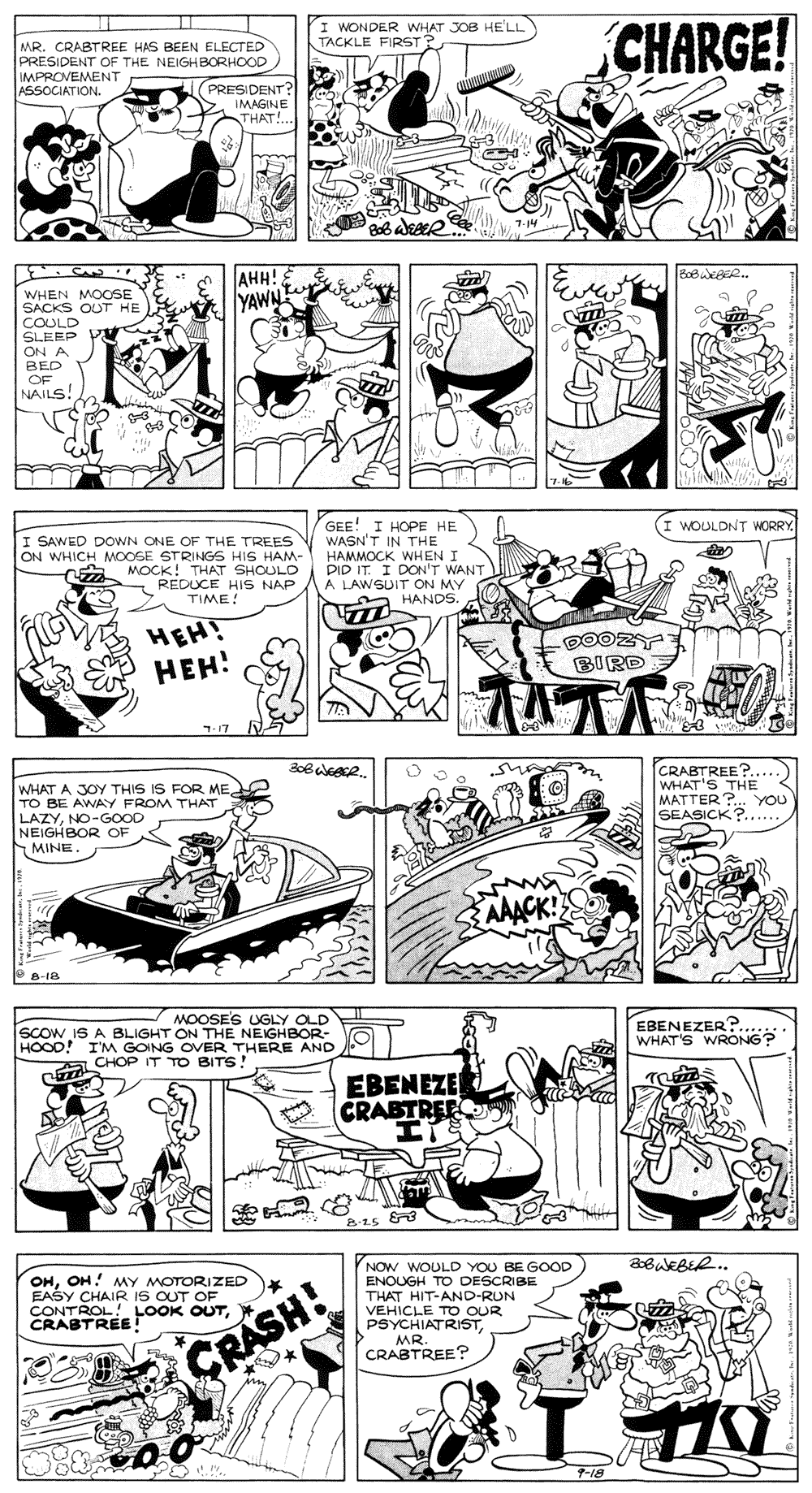 MOOSE AND MOLLY by cartoonist Bob Weber, Sr. will celebrate its 48th anniversary in syndication this September.

Yours til next week,