Ask the Archivist: FIRST AND LAST

Jiggs and Maggie had become an overnight hit in the comics world. Though McManus’ strip was new and popular, it remained a daily series as few strips were ever a daily and Sunday in the early years. But, things changed five years into the run when a color page was launched. McManus was always an eager and tireless worker, as his many titles will attest.

The first page was printed on April 14, 1918. In the Hearst newspapers, it was intended  to be a used as a back page. At that time, the KATZENJAMMER KIDS had pride of place as the cover of the chain’s comic section, in a day when there was one strip per page, and there were only four pages. But, in a matter of weeks, BRINGING UP FATHER pushed Hans and Fritz, (or by that time, under their temporary wartime names of Mike and Aleck), to the back page, and Jiggs was the “face” of the Hearst comic section. He then held that position for just short of 37 years, until March 1955. (McManus had died the previous October.) 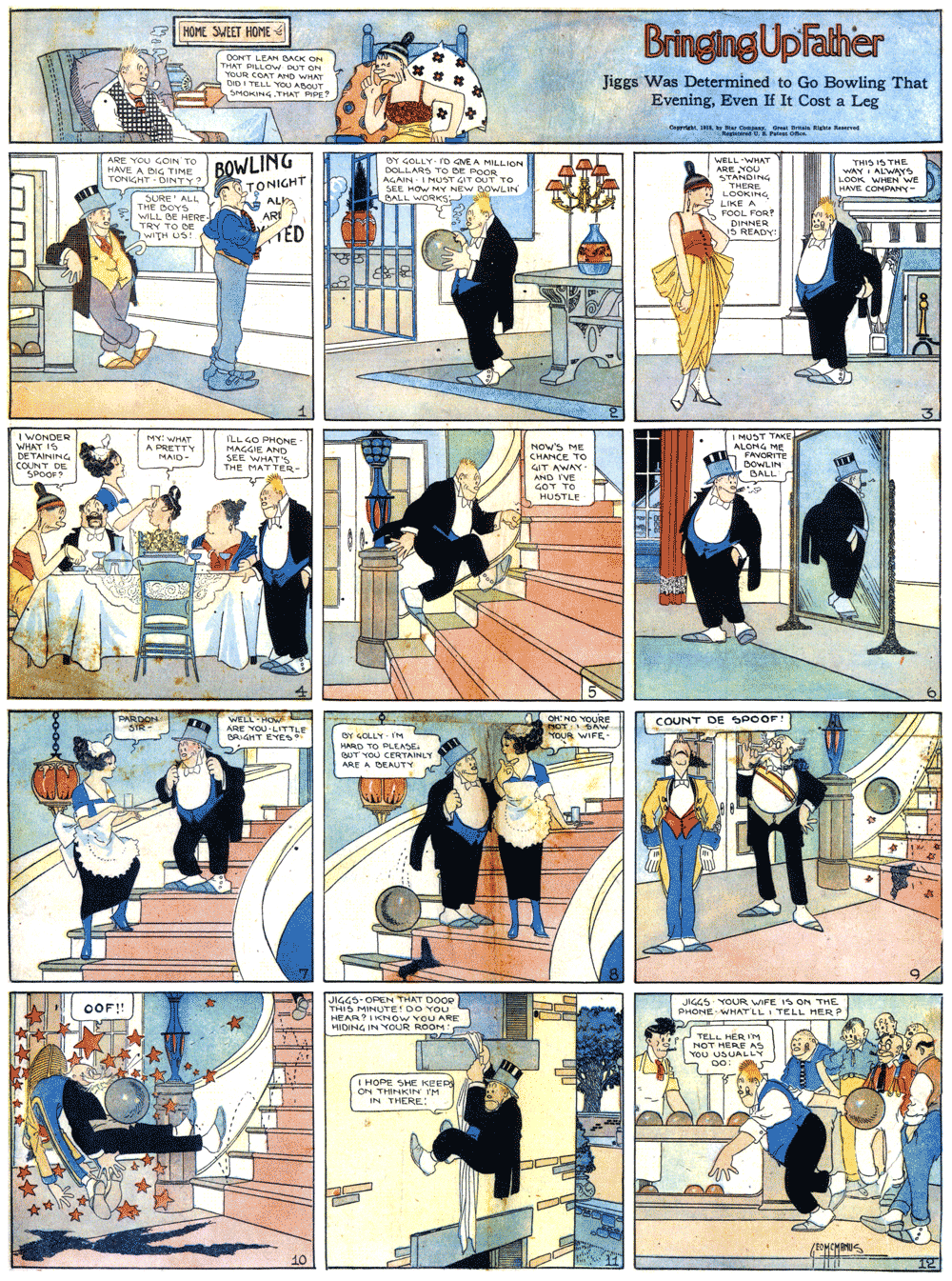 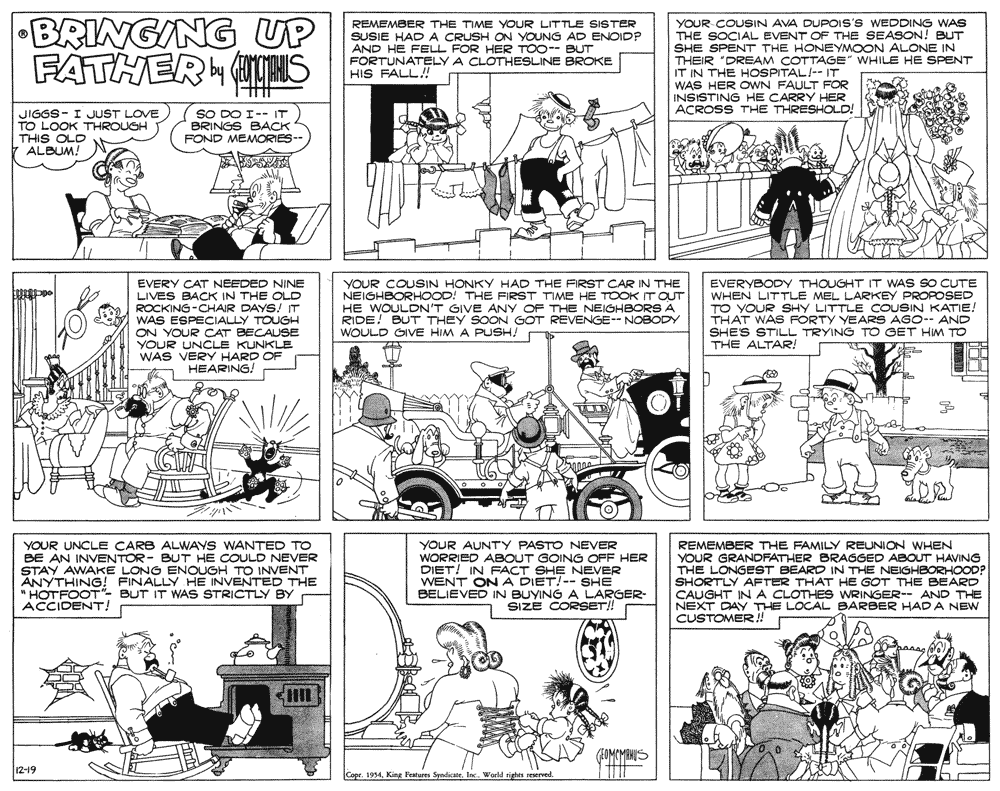 The last BRINGING UP FATHER Sunday page that McManus signed, December 19, 1954, probably drawn by Zeke Zekely. (The last daily McManus had anything to do with was November 6, 1954).

We’ll see more of BRINGING UP FATHER through the rest of the year.

Joe asks if readership dropping off for BONER’S ARK led to its demise. I would say that it did, as much as newspaper feature editors seeing it was a strip they could bump in favor of another. As time went on, fewer papers took it, and it’s a lot harder to find in the 1990’s than back in the 1970’s.