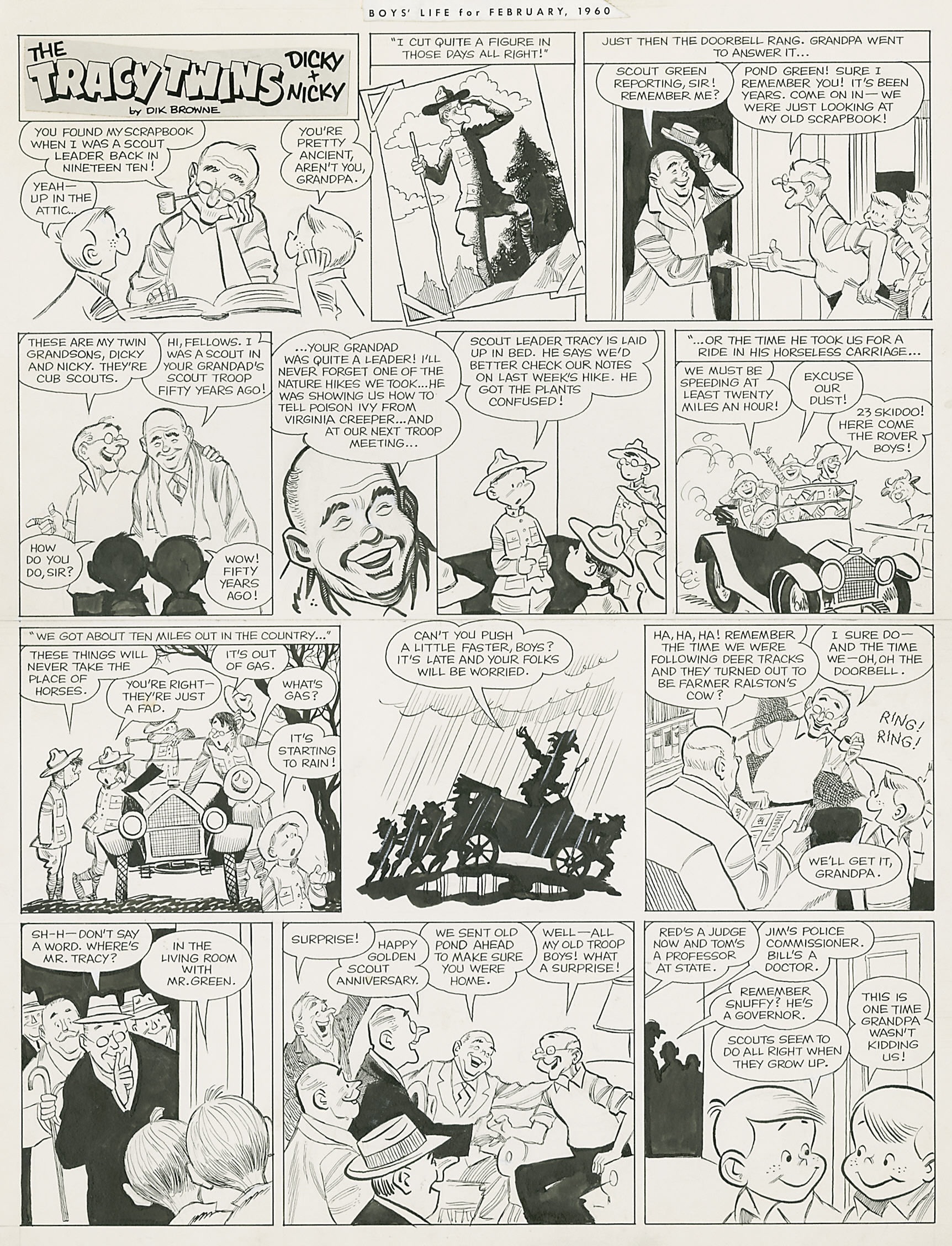 In previous posts, I have shared some of Dik Browne’s wonderful work on the monthly comic feature, The Tracy Twins, which he did for Boys’ Life magazine from 1953 to 1975.  I have since confirmed, by looking through issues of Boys’ Life on Google Books, that the episode I posted previously, from October 1953, is the first page that Dik drew.

I purchased an extensive run of The Tracy Twins in Boys’ Life a few years ago and, after looking through them, I think the peak years of the feature were in the late 1950s and early 1960s.  It started running in a half-page format soon after that.  According to comic expert Ger Apeldoorn, Gill Fox was assisting Dik during this period and might have even ghosted some sequences in 1961 and later.

Within a year after The Tracy Twins started, Grandpa Tracy had become a central character in the strip and this page gives a little background on his past exploits as a scout leader.  The middle panel of the third tier is another classic Dik Browne silhouette panel, a technique he used frequently for dramatic transitions in his Hi and Lois pages.

Here is the printed color version of the same page. 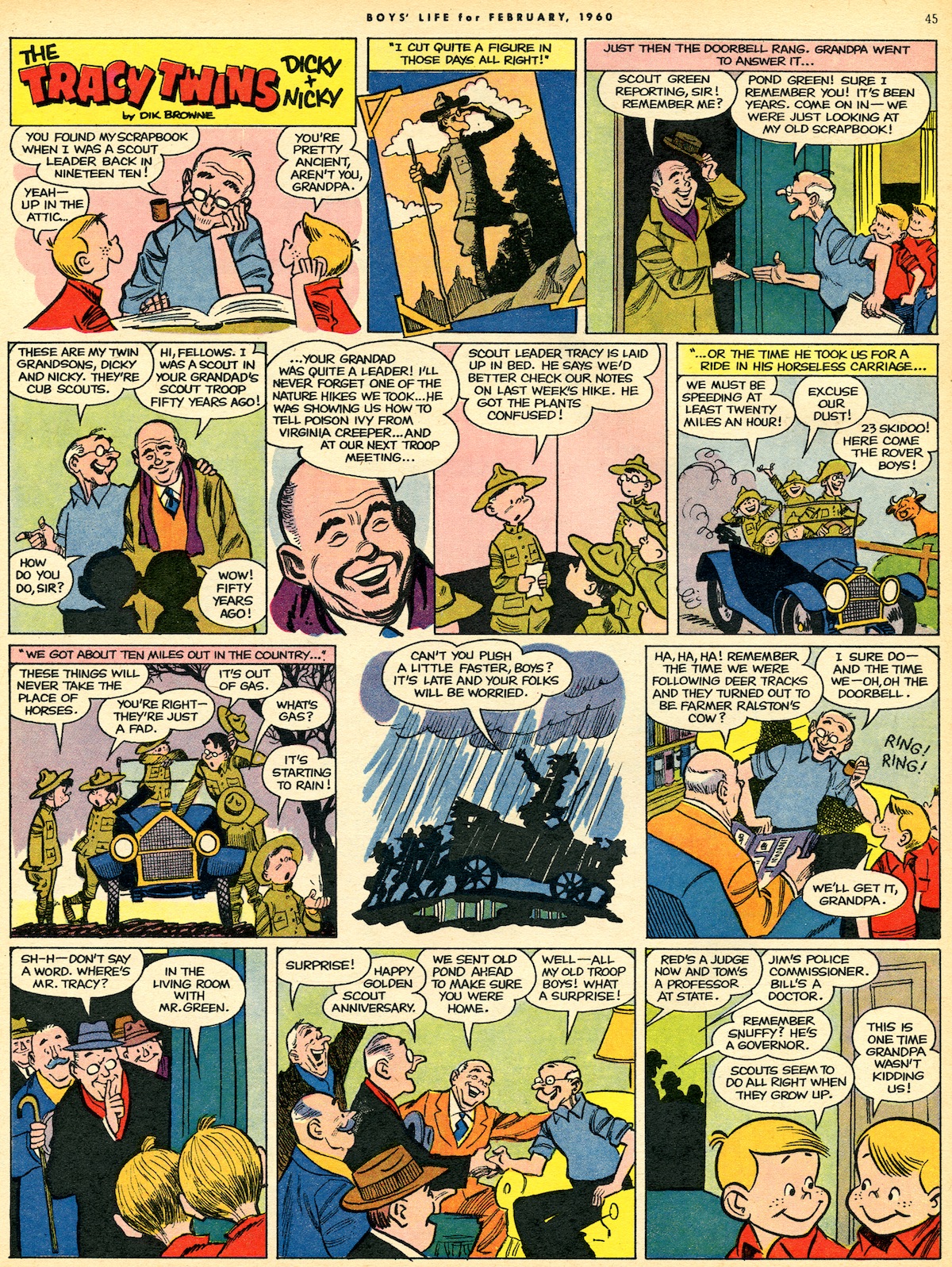 I have over ten years of these monthly pages, so check back in future posts for more examples.

For information about Dik Browne, The Tracy Twins, Hi and Lois and comics from the 1950s, visit Ger Apeldoorn’s blog at: http://allthingsger.blogspot.com