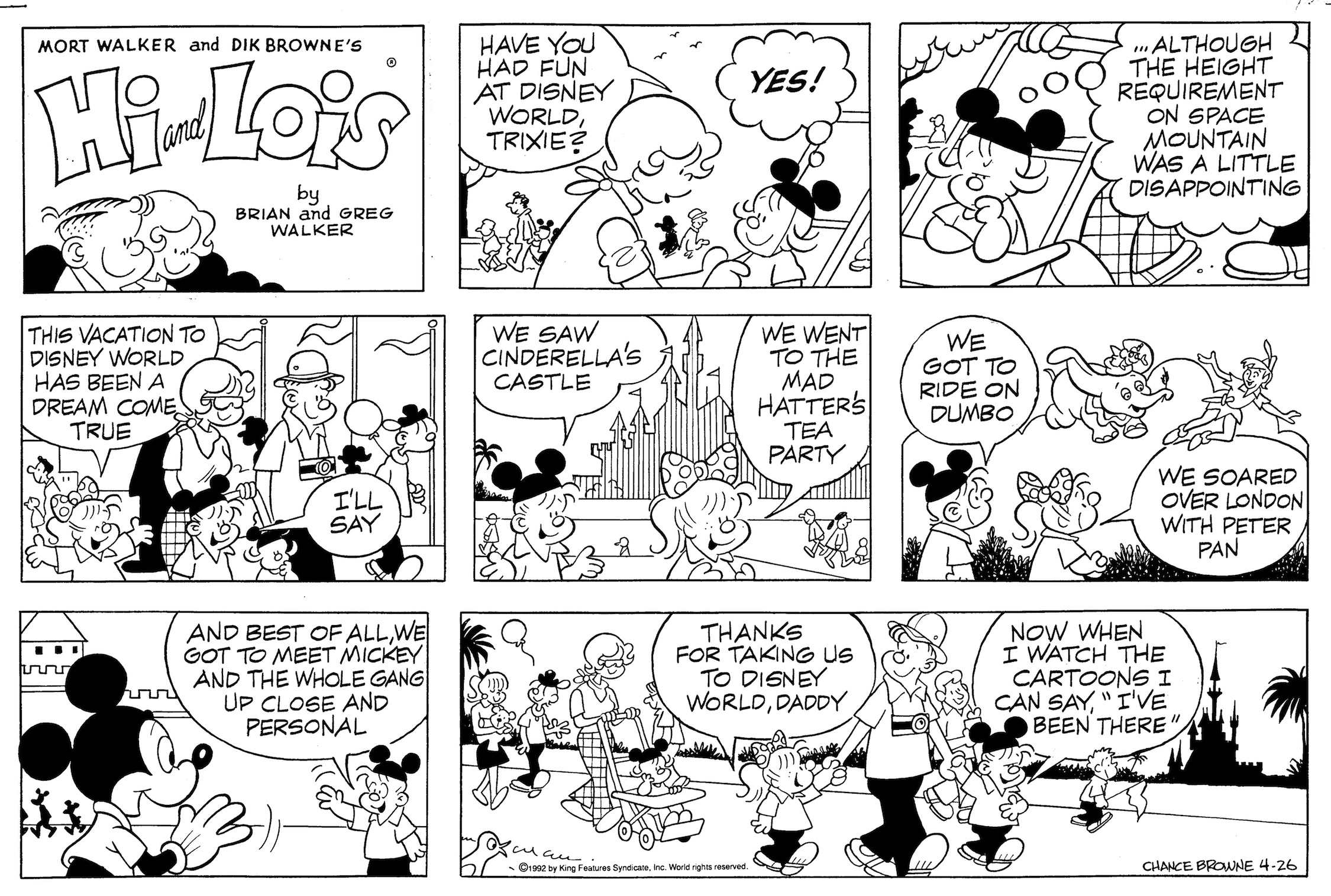 The Flagston family trip to Disney World ended with the Sunday page below.

As I wrote in the blog post on February 18, since we had not obtained permission from Disney to do this story, we had to replace the six daily strips from the sequence, but it was too late to pull the Sunday pages.

On May 15, 1992, Jay Kennedy, comics editor of King Features Syndicate, received a letter from Glenda Robinson, assistant to Tom Elrod, head of Marketing and Special Projects at Walt Disney World.  Mr. Elrod had seen the Hi and Lois Sunday pages that ran on April 19 and 26, and wanted to obtain the originals.  We agreed to send them to him in exchange for a donation to the Museum of Cartoon Art.  It was ironic that the Disney lawyers had prevented us from publishing most of the story but that one of their executives wanted the originals to hang on the “cartoon wall” in his office.

A few months later, I received a phone call from an NPR reporter who was doing an exposé on complimentary Disney World vacation packages that were being provided to travel writers in exchange for positive articles about the theme park.  When this reporter saw our Hi and Lois Sunday pages, he assumed we had also been given special perks for doing a story about Disney World.  The reporter sounded disappointed when I informed him that we had not received any freebies and, in fact, had been prevented by Disney from running the main part of the sequence.  We were not mentioned in the NPR report.

We hope you enjoyed this tidbit of Hi and Lois history.  Let us know what you think and feel free to ask us any other questions about the Flagston family.