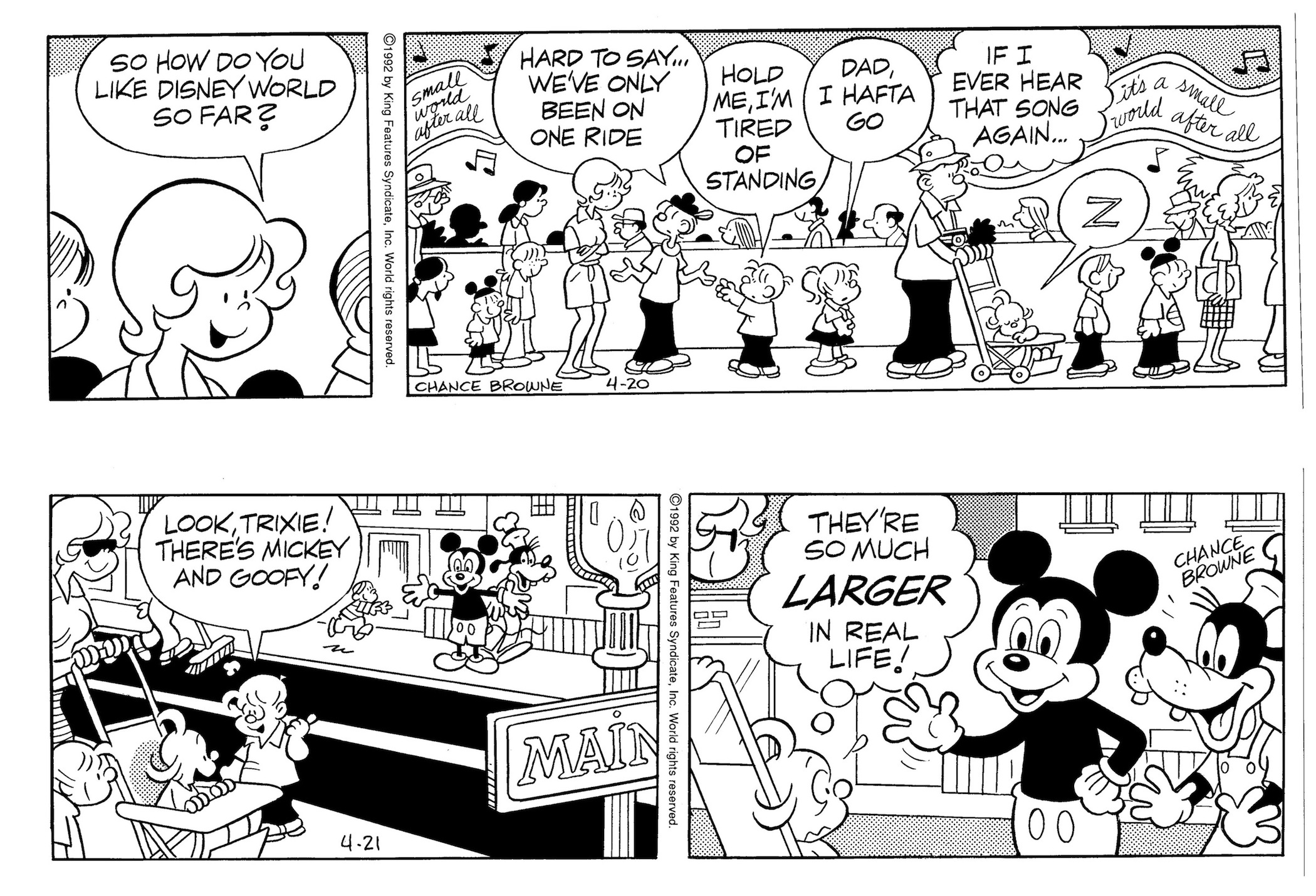 In 1992, we decided to send the Flagston family on a trip to Disney World (see the previous blog, posted on February 18, 2013).  After finishing this story, we were told that it could not be published because Disney had not given us permission to use their characters in the strip.  When the decision was made, it was too late to pull the two Sunday pages that bracketed the sequence, but the six daily strips were replaced.  Here is that unpublished week. 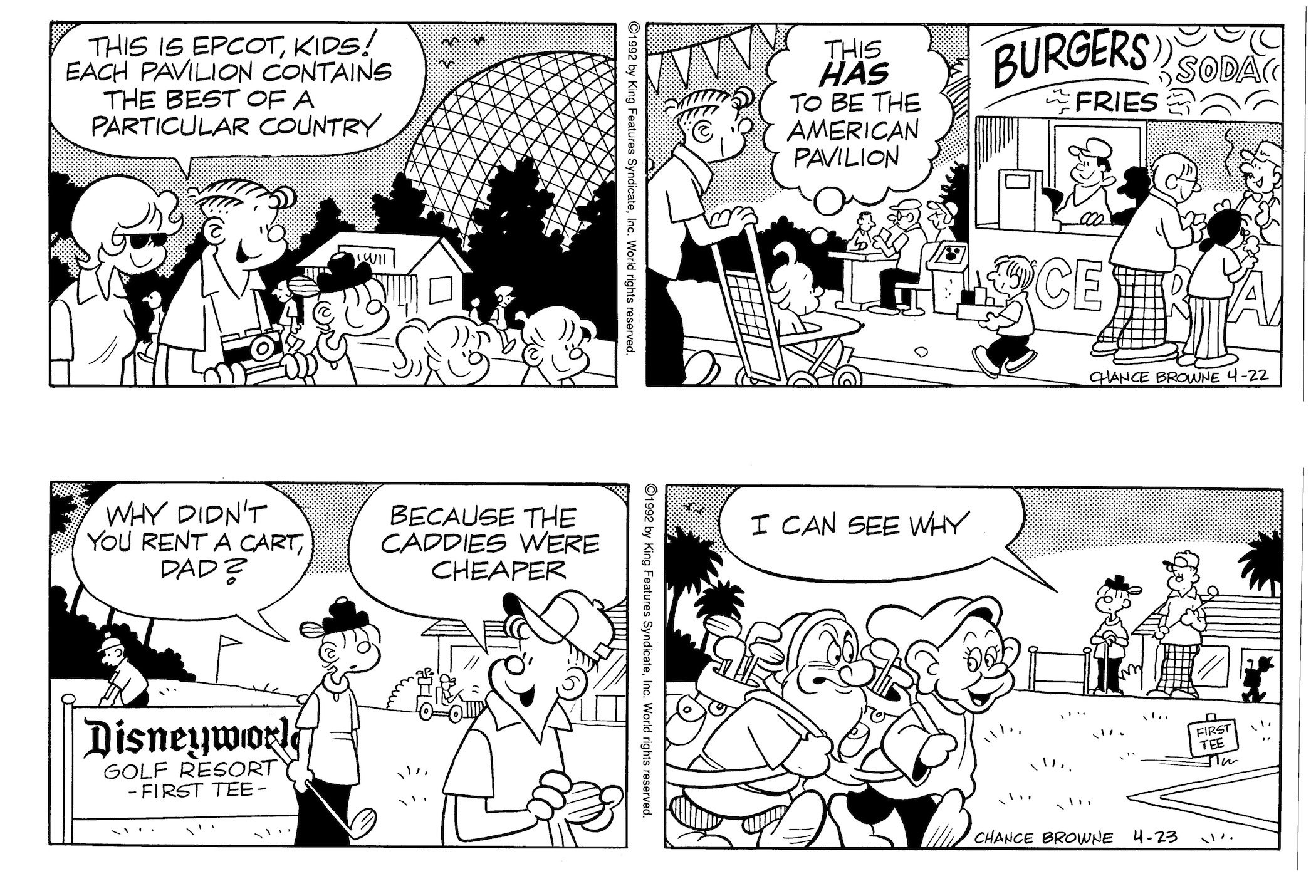 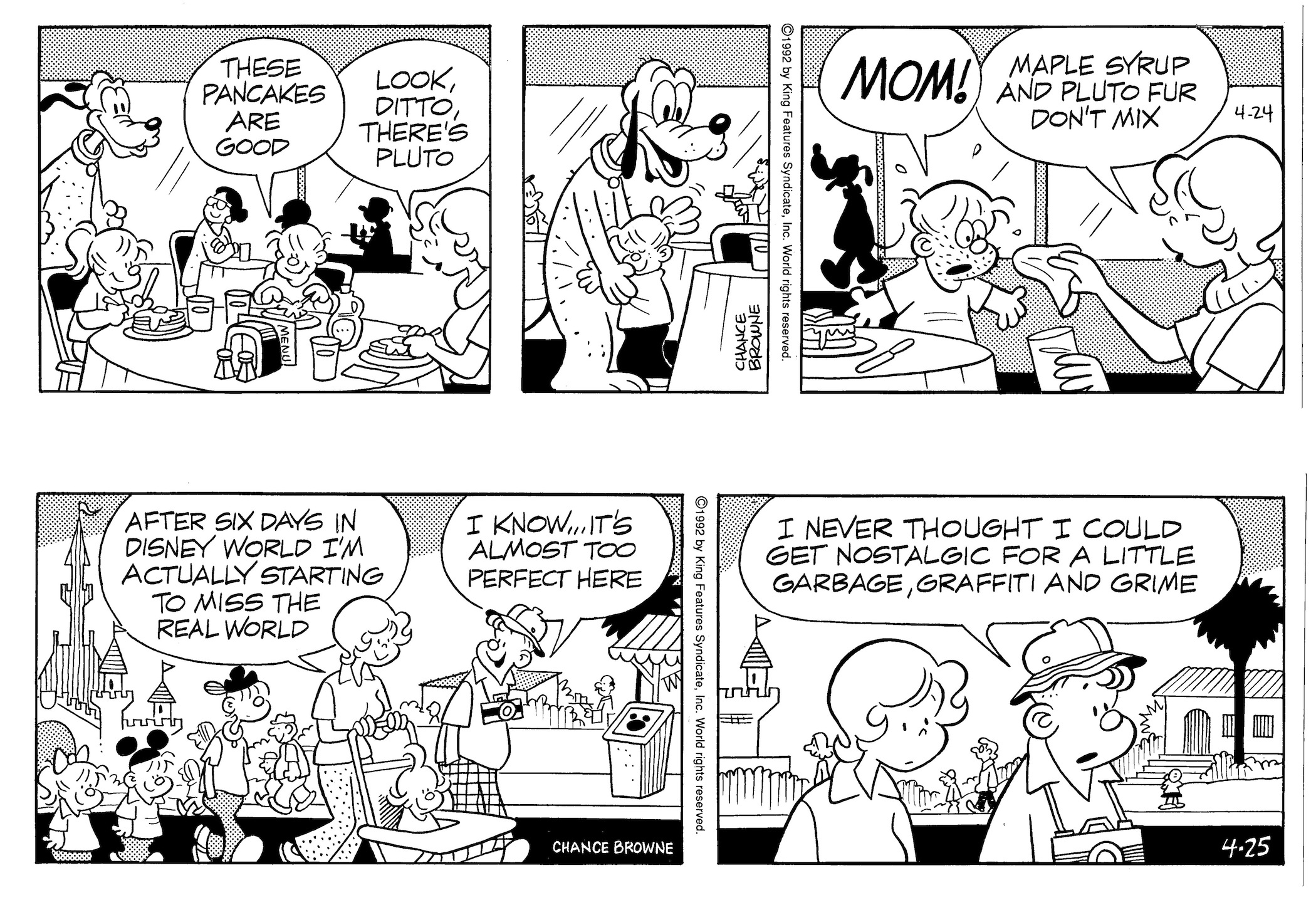 The ideas for these gags were inspired by a trip I had taken with my own family to Disney World.  I think some of these experiences and observations are common to many families who visit the Magic Kingdom.  Chance did a credible job drawing Mickey, Goofy, Grumpy, Dopey and Pluto and researched the locations to make the settings look accurate.  It was a shame that our readers never saw these strips…until now.