Ask the Archivist: EVER HAPPEN TO YOU?

Bud Blake (1918-2005) would have been 95 last week. He is, of course, most famous for TIGER, the gag-a-day adventures of a little boy and his neighborhood friends. Before that, though, Blake had been a successful advertising man and nationally syndicated King Features’ cartoonist doing a daily panel called EVER HAPPEN TO YOU?

It ran for eleven years, (1954-65), with the focus on reader-identifiable situations. This was a tried-and-true formula, used by past masters, such as Clare Briggs and H.T. Webster. But, Blake had a much more modern point of view, whereas earlier subjects often reflected poignant moments from childhood, Blake emphasized present concerns that would be encountered by suburban families, such as commuting, house parties, bridge games, unruly kids or pets, household upkeep, etc. In other words, the standard of living in grown-up, postwar America. 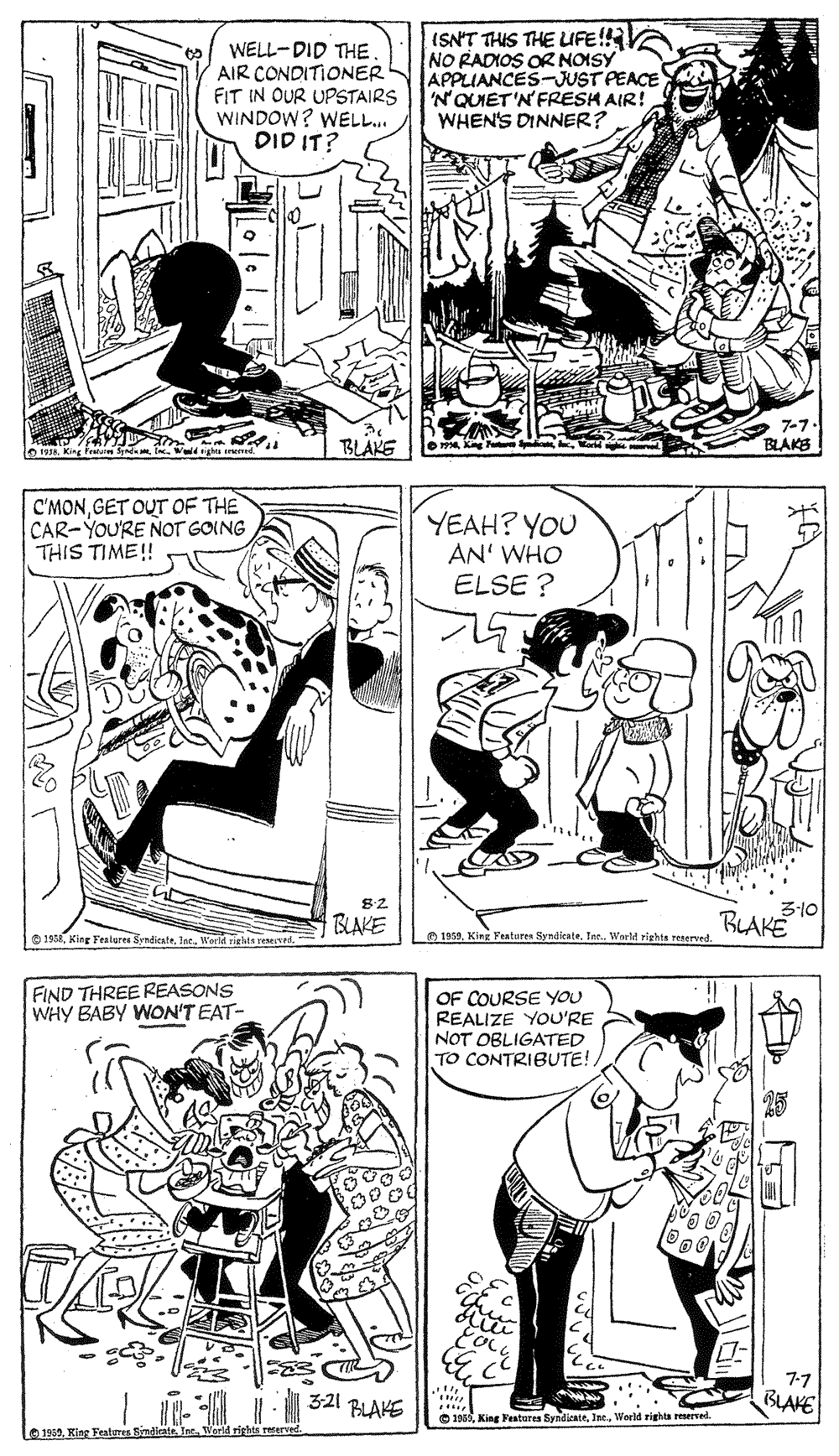 Blake was a very funny man. His gags often had a clever turn to them, and really worked because he made his characters just a bit more manic, desperate or menacing than they should be. 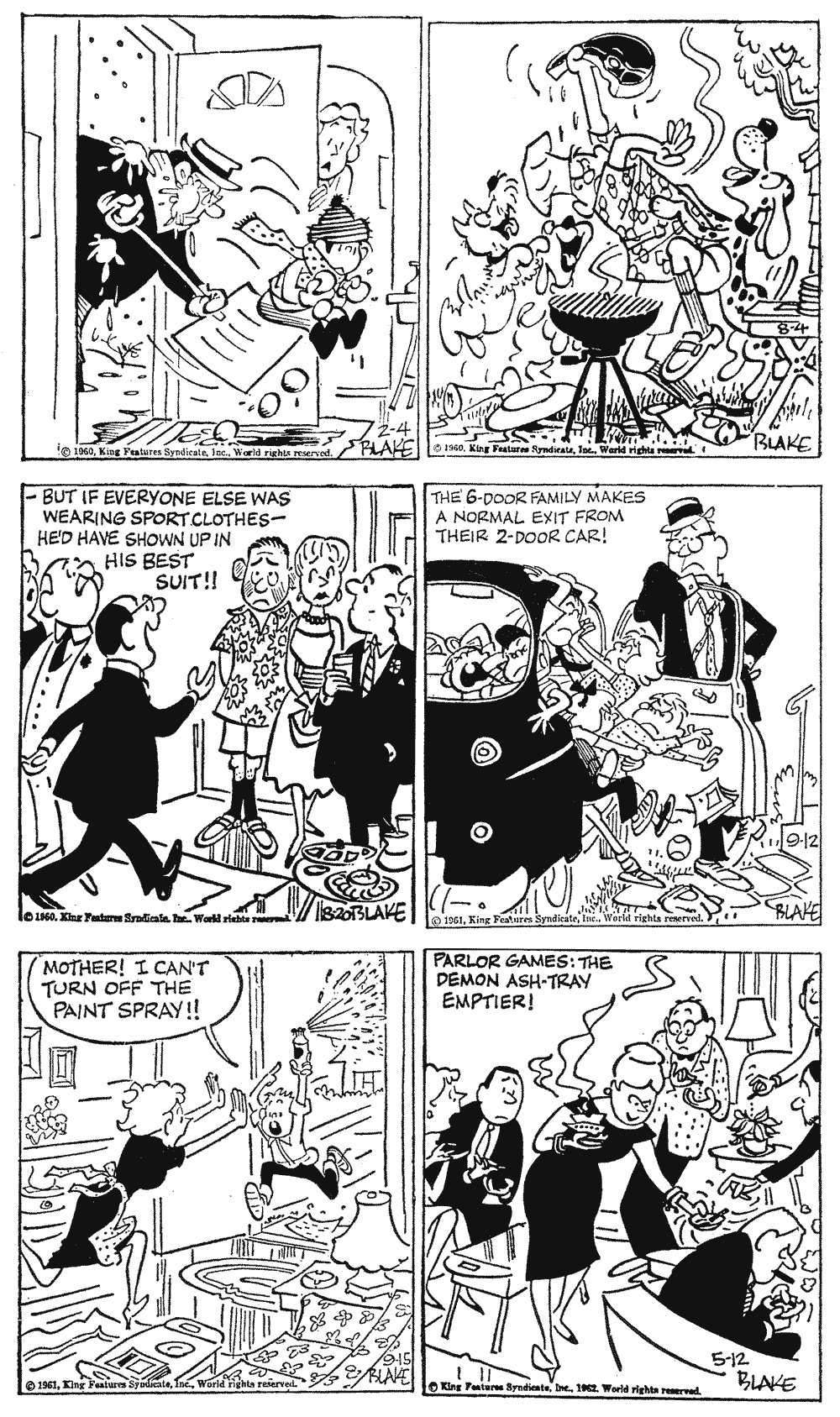 It was a good format for him, so even at the end the series it remained fresh and funny. Perhaps, he wanted to go back to the innocent world of kids for new inspiration. TIGER certainly reflected the world of kids in that same suburban milieu as the frantic adults of EVER HAPPEN TO YOU?, where ironically, Tiger, Hugo, Pumpkinhead, et alia, are far more composed and reasonable most of the time. 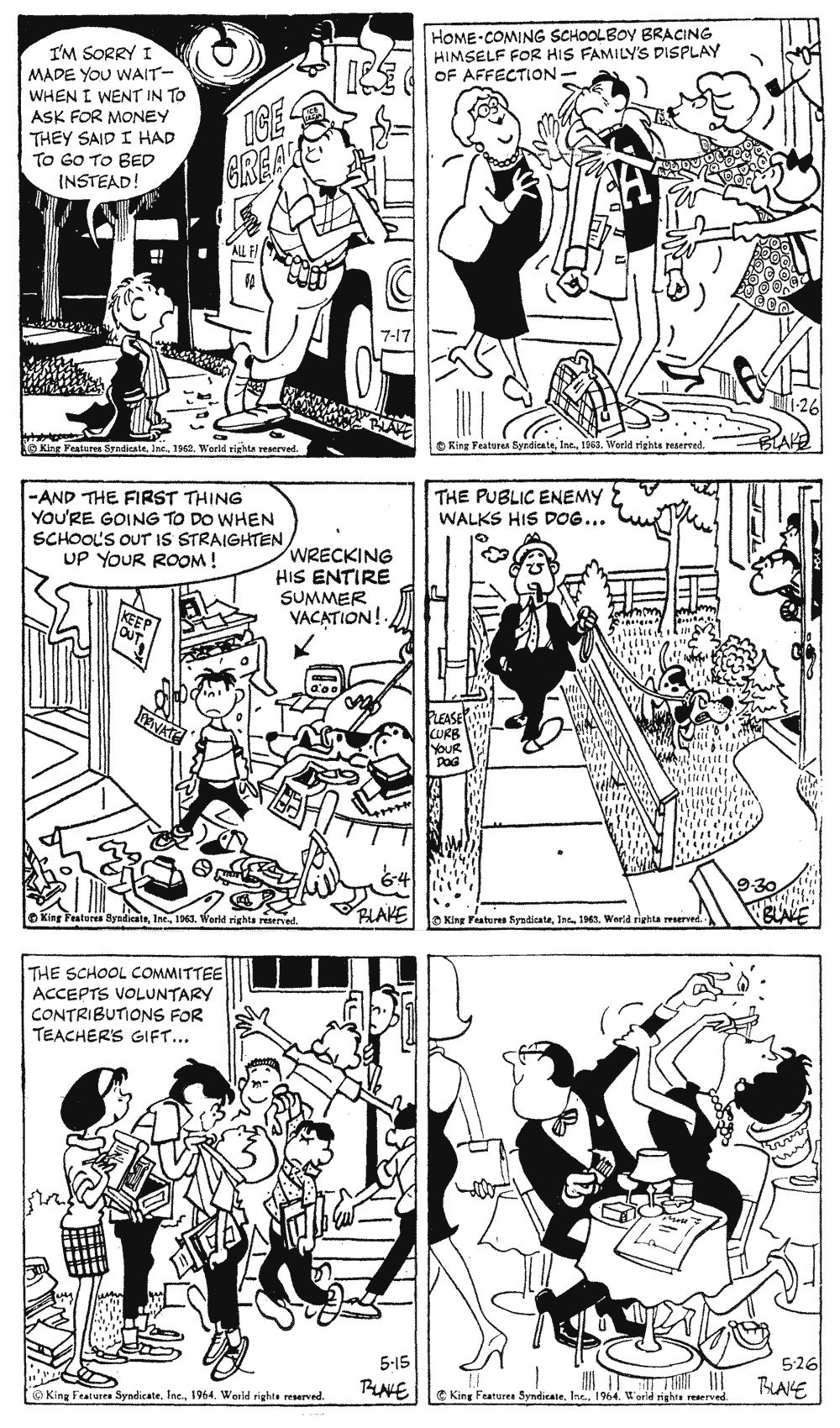 A paperback collection published by Avon was published in 1963. Perhaps, someday, a new collection can be printed?